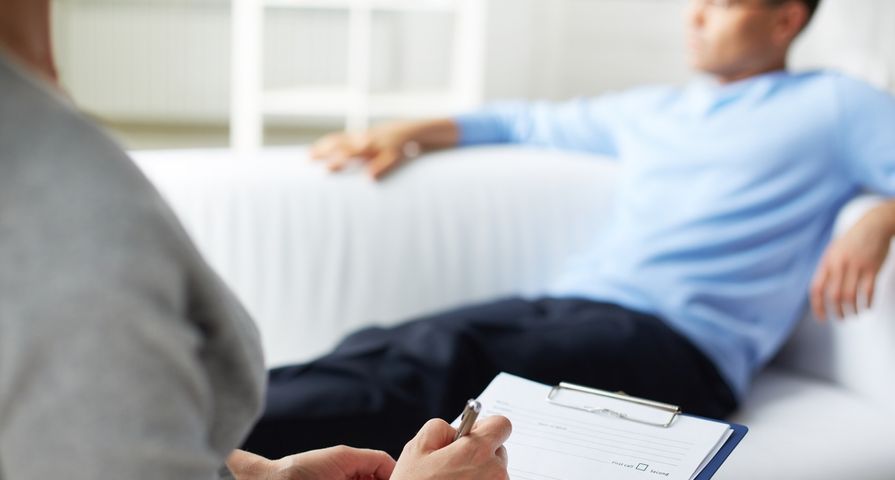 The National Alliance on Mental Health characterizes psychosis as “disruptions to a person’s thoughts and perceptions that make it difficult for them to recognize what is real and what isn’t.” It is not an illness in its own right, but rather a symptom of mental disorders such as schizophrenia and bipolar disorder.

Each year, approximately 100,000 Americans experience a psychotic episode, which can include symptoms such as seeing, hearing or believing things that aren’t real or exhibiting erratic behaviors or emotions. If you’re concerned that you or a loved one may be suffering from psychosis, the following are 12 common signs to be mindful of.

Delusions are among the most common symptoms of a psychotic episode. When experiencing delusions, the Centre for Addiction and Mental Health says that a person “may be truly convinced of a belief that is not shared by others, and even the most logical argument cannot change his or her mind.”

Although delusions are often unique to a specific individual, common ones include the belief that they are being watched or followed (delusions of paranoia), that they possess special powers or abilities (grandiose delusions), or that they are suffering from a terminal illness when they are actually healthy (somatic delusions).

To the person experiencing them, the hallucinations will feel very real, often causing them to talk out loud in response to the voices or make physical gestures as if they are near someone. While these voices can sometimes be friendly, the source says they may also be “critical, cruel and upsetting and may even tell the person what to do.”

A psychotic episode may also disrupt a person’s regular thinking patterns. The Centre for Addiction and Mental Health says this may cause them to “have difficulty when they try to concentrate, follow a conversation, or remember things.”

Medical News Today points out that this disorganized thinking will create confusion and an inability to focus. An outsider might notice this behavior as they are unable to stick to one topic when having a conversation and might “make strange connections between thoughts.”

As thoughts become jumbled, the individual may exhibit disorganized speech. Signs include erratically switching topics throughout a conversation, going off on tangents, speaking in a way that does not make sense to others, or injecting unrelated topics into a conversation. “They may be confused at times or may make up meaningless words. Their sentences may not make sense at times,” writes VeryWell Health.

Early Psychosis Intervention also adds that someone might recognize this particular sign when talking to the person, because their speech is so fast that the other person cannot even get a word in. They will also make irrational statements, have a “peculiar use of words or odd language structures,” be easily distracted, and in addition to talking really fast, they could also have reduced speech or talking.

A psychotic episode may cause a person to behave differently than normal, such as dressing improperly for weather conditions (i.e., wearing too many clothes on a hot day) or having difficulty doing regular tasks such as cooking or maintaining proper personal hygiene.

The individual may also exhibit erratic emotions, such as laughing in response to a serious situation or becoming upset for no apparent reason. They may also appear catatonic—spacey or unresponsive to their surroundings.

Depression is another common behavioral symptom of a psychotic episode. Some individuals may experience this mood periodically, while others can suffer from a more serious case of the mental illness. VeryWell Health says that psychosis can sometimes be hard to detect or confused with another mental illness, because depression is one of the most common signs. It will include “loss of interest in personal hygiene, loss of interest in usual activities, mood swings, and unusual movements,” and with teenagers, you’ll notice they are having problems at school and with their social relationships.

Furthermore, depression may cause the individual to withdraw from family or friends, lose interest in activities such as school or work, and experience suicidal thoughts. In serious cases, a person may even attempt to harm himself or herself. Such behaviors should be brought to the attention of a health care professional immediately.

A psychotic episode may also cause disruptions to a person’s sleeping patterns. In some cases, a person may end up sleeping far more than they usually would. More commonly, however, they will not sleep enough, often staying up all night.

While a lack of sleep is often the result of anxiety associated with a person’s delusions or hallucinations, in some cases sleep deprivation may actually be the underlying cause of a person’s psychosis.

Another sign of psychosis is detachment from reality. As we previously mentioned, people who are going through a psychotic episode are typically unaware of the fact that they are suffering. Their delusions and hallucinations will seem extremely real to them, and in some cases, quite frightening. They lose the ability to take a step back, assess their behavior, and understand what is happening to them.

“People who have psychotic episodes are often unaware that their delusions or hallucinations aren’t real, which may lead them to feel frightened or distressed,” writes NHS.

Considering all the other symptoms on this list, including delusions and hallucinations, it should come as no surprise that the individual may also feel incredibly anxious. Their anxiety and worry can create new issues such as hypochondria.

This anxiety can also breed social anxiety and restlessness which can lead to paranoia.

Someone who is going through a psychotic episode may become extremely paranoid, particularly with friends and family and might begin to distrust them, says Psychology Today. This will affect their social relationships and cause them to withdraw. They might feel like people close to them are going against them, out to get them, or even hate them. These feelings can arise even without any solid evidence to support them or even with evidence to the contrary.

There is often no rhyme or reason to their behavior. “Sometimes the distrust is disproportional. The sufferer may distrust a family member but be too trusting of a complete stranger or a remote acquaintance,” writes the source. Unfortunately, it can put them at risk for not getting the help and support they need.

Loss of appetite is generally a side effect of some of the other symptoms on this list. The patient will be so preoccupied and “in their own head” so to speak with everything else going on (such as their delusions and hallucinations) that they will be forget to eat or simply not be interested in it.

Lastly, one of the main signs and symptoms of psychosis is diminished emotional expression or any kind of unusual emotional changes. The individual might laugh at inappropriate times, be unable to cry, or on the other end of the spectrum, not be able to stop crying. They could also exhibit anxiety and depression, which we already discussed, and have a hard time being or showing signs of happiness or be in a total state of euphoria. At times, it might seem like they’ve turned into a completely different person as their entire personality changes, says Early Psychosis Intervention.

This diminished emotional expression can also make it hard for them to perceive how others might be feeling, which is why they may come across as cold and detached. Psychology Today refers to this as a blunted affect. “This phenomenon…can come across as a form of narcissism. Blunted affect involves a reduced intensity of outward emotional expression and is typically accompanied by a lack of subjective feelings, loss of motivation, and anhedonia (the inability to experience pleasure), except when engaging in some limited and repetitive activities.”