Plug Into These Impacts Technology Has on Health 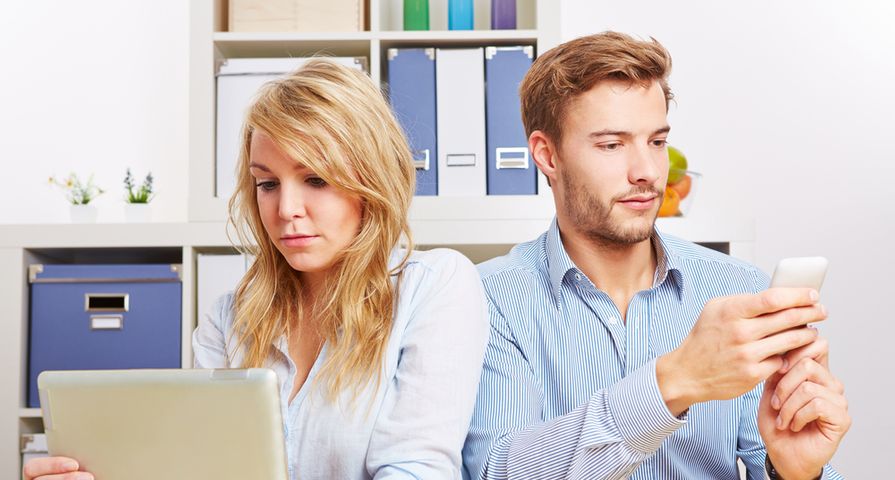 Playing Tetris Can Help Manage Cravings, Study Suggests
Sure, technology has been an ally in many ways in the medical world – for example, more advanced imaging and diagnostics are saving lives by catching problems earlier, and looking up symptoms and finding home remedies is easier than ever thanks to sites like this one.

However, technology can be a boon to the health world or a hindrance – and there are ways that being constantly connected can actually be a negative thing. Let’s look at 14 dangers that technology poses to your mental and physical well-being…

We all know (or should know) about the dangers of driving while texting, but that’s just part of the equation. An article from Time explains that even if you’re not using your mobile device, just being able to see it nearby can take away from the ability to complete complex tasks.

Social media is undoubtedly a great way for old friends to keep in touch, or to share photos with family members you don’t get to see in person often. However, for younger folks (and some older folks), social media can become an addiction.

Newport Academy says that teens are among the biggest consumers of social media, but are being consumed by it in the meantime. Early teen years are some of the most important when it comes to development, and scientists are working on establishing relationships between online networking and mental health troubles (such as teen depression). In the meantime, the statistics show 92-percent of teens go online daily (and 24-percent are online “constantly”, it adds).

It’s tough to find a home or business without a Wi-Fi network that family members and employees plug into regularly. However, there may be some dangers associated with wireless networks, notes an article from Best Health (Reader’s Digest).

While Health Canada says exposure to low-level radiofrequency (from Wi-Fi networks and other sources) is not a significant risk to humans, according to the source, it says some people may experience negative health effects including electrosensitivity – which in itself is a controversial topic.

Ironically, too much time spent on social media and other digital media can erode face-to-face social skills, according to DigitalResponsibility.org. One study from Stanford in particular shows girls aged 8 to 12 “who spend a lot of time consuming media and attempting to multitask” have lower self-esteem and more difficulty socializing, it notes.

The source says the “antidote to this problem” is for children to unplug and spend more time face-to-face, thus learning “crucial skills in emotional recognition” that is tougher to master through a screen.

TheOdysseyOnline.com says that browsing other people’s seemingly wonderful relationships and getting unsolicited advice about relationships online can muddy what you should expect from a healthy partnership.

Aside from the thousands of rosy images of smiling couples, you’ll likely read loads of online advice about what you “deserve,” and you might start to expect things like a “good morning text” from your boyfriend, it adds. Constant attention from a partner is not realistic. “There is no such thing as a perfect relationship, or a perfect boyfriend,” the source declares – so be realistic about your #couplegoals.

CSGlobe.com explains that technology can lead to “a permanent digital connection to the workplace,” which means you may always feel like you’re on call or have a boss that expects to be able to reach you electronically at any time.

In the old days, people worked 9 to 5 p.m. and left their work at the office – “it’s now pretty rare to find any occupation where this is still the case,” it adds. While the article focuses on potential dangers of future technology, it says that most Americans already spend the equivalent of an extra day per week working after hours.

DigitalResponsibility.org explains as “our technology moves faster, our patience grows thinner.” It cites a study from UMass Amherst that surveyed 6.7-million users, and shows that they abandon online videos if they take more than 2-seconds to load.

When reading text online, most users only stay on the page long enough to read only 20-percent of its content, according to a separate study from Nielsen Norman Group. Meanwhile, posting on social media reinforces our need for positive feedback – “Becoming too used to instant gratification in the virtual world can lead to poor choices and major frustrations in the real world,” notes the source.

Do you know all of the phone numbers of your family off the top of your head? Chances are, probably not, because you know they’re stored in your phone. But what if you lose your phone and need to reach someone close to you?

An article from Huffington Post reinforces that technology is having a negative effect on our collective memories. In fact, the source notes that the internet is becoming the brain’s “external hard drive,” meaning we’re less likely to memorize important information if we know the information can be easily accessed electronically. Additionally, you may not be able to recall all of the details or timelines of an event you recently attended if you spent the whole time texting and tweeting about it, it adds.

9. Driving Up Risk of Danger?

It seems more and more automakers are catering to consumer desire for technological additions to automobiles. These features include automatic parking and braking, as well as back-up cameras and even on-screen messages and navigation systems.

While technology in cars can save lives, you’re still relying on the vehicle to make a judgment. Let’s look at automatic brakes in particular: a 2015 article from Popular Mechanics says auto-braking systems are sometimes engaging when there’s no danger, and a 2016 article from Forbes says even car washes can fool auto-braking systems. While improvements are always being made, it will be interesting to see accident rates from self-driving cars in the future.

Ever heard of this mental illness? You might actually have it. The obsession with taking “selfies” – self-portraits with your phone – is quite common, and the condition is now considered real.

An article from PetaPixel.com  explains the research about selfitis was sparked by a hoax in 2014 that declared the American Psychiatric Association (APA) had coined “selfitis” as a new mental disorder. To study the real deal, researchers used a Selfitis Behavior Scale (SBS) to categorize patients with borderline, acute and chronic cases of selfitis. “Typically, those with the condition suffer from a lack of self-confidence and are seeking to ‘fit in’ with those around them and may display symptoms similar to other potentially addictive behaviors,” it notes.

There’s probably no argument that social media is a feast for the eyes – and people love to post the best shots of themselves showing off at the gym, glowing after a day at the salon, or showing off how much weight they’ve lost.

Girls Empowerment Network says girls exposed to the body image pushed by traditional media drives unattainable beauty standards, and the pressure has only grown since the emergence of social media platforms such as Twitter and Instagram. “The media can cause body dissatisfaction, low self-esteem, and disordered eating,” it adds.

With the rise of texting, comes the rise of “text neck” – a real condition caused by constantly looking down at your phone. “It is especially concerning because young, growing children could possibly cause permanent damage to their cervical spines that could lead to lifelong neck pain,” notes Spine-Health.com.

The source notes people have looked down to read books for years, but with texting, people tend to look down for longer periods of time. Symptoms include neck and upper back pain, muscle spasms, shoulder pain and tightness, and even pain shooting down your arms, it explains. Try holding your cell phone at eye level more often to prevent problems, and raise your computer monitors if needed, it suggests.

We’ve touched on how surfing the Internet regularly can create feelings of inadequacy, but Bustle.com lists 7-ways social media can negatively impact how you view yourself.

Spending time comparing yourself to others online can drive depression, it warns. “We forget to take into account that a lot of what we are seeing, especially from brands and celebrities, is carefully orchestrated. It’s not real life,” it adds.

In our plugged-in worlds, we’re crossing streets staring at screens while blocking out ambient sounds with headphones. This should raise alarm bells for anyone with a sense of danger – unless you have a lot of trust in other people and traffic.

While having our senses used up by technology can lead to minor mishaps like stepping into a pothole or a sign post, it can be a lot worse – there have been cases of people killed on train tracks when they don’t hear the train warning, and one terrifying account from SFGate that details a shooter on a train that no one noticed until it was too late because the passengers were all too absorbed in their devices.