OUCH: 6 Facts on the Science of Brain Freeze 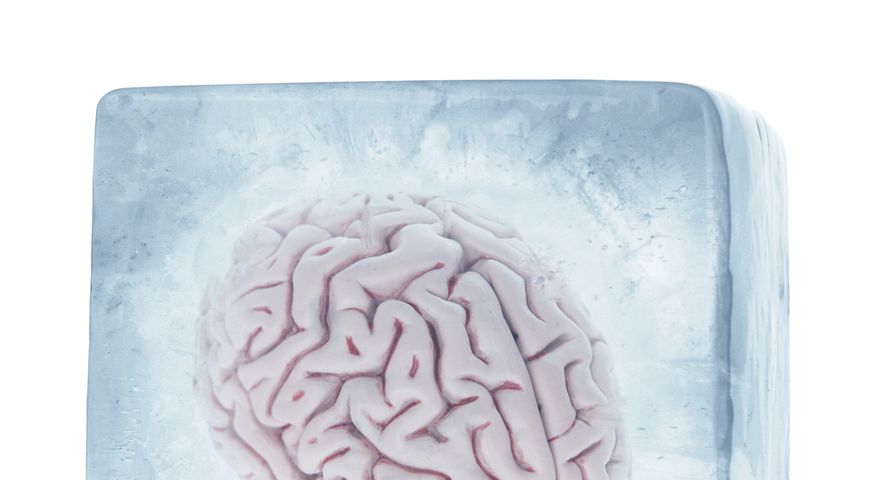 It’s happened to all of us. We gobble down a bowl of ice cream or slurp a frozen beverage a little too enthusiastically…and suddenly, brain freeze! Believe it or not, the crippling, cold-inducing headache that hits your cranium like a sack of frozen bricks has a scientific purpose, as cruel and unwarranted as it might feel at the time.

1. What is Brain Freeze?

Brain freeze has an official scientific title: Spehenopalatine Ganglioneuralgia (say that twice without hurting your brain). It’s called this because it’s induced by nerve pain of the sphenopalatine ganglion (a nasal ganglion found in the branch of the facial nerve). Many people also non-affectionally refer to it as “ice cream headache”.

Regardless of the title you choose, brain freeze is never a pleasant sensation. The sudden onslaught of pain in the brain often leaves us defenceless and unable to enjoy further slurps, licks, or bites of our favorite frozen treat.

According to this great video from host, Craig Benzine, of Mental Floss, individuals can experience brain freeze, or ice cream headache, after noshing on something cold due to the constriction and dilation of blood vessels. It happens like this…

When something cold touches the roof of our mouths, our blood vessels constrict and then bounce right back. This fast action on part of the blood vessels, activates the trigeminal nerve, the nerve in the cranium that reads sensations in the face. The nerve interprets the quick constriction and dilation of blood vessels as pain and that telltale cold headache is triggered.

Scientists also speculate that ice cream headache can result from a blood flow shift in the brain. A 2012 study conducted by Rutgers University, 13 adults were given brain freeze by quickly drinking ice water through a straw. The scientists then probed the brain to see how it was impacted.

The found that the anterior cerebral artery (located directly behind the eyes and forehead) experienced a sudden blood flow increase, which caused pain. When the artery constricted at the same time the headaches disappated. This is why brain freeze strikes right behind the eyes.

Rutgers University associate professor of pharmacology and physiology, Jorge Serrador, claims we don’t actually experience brain freeze in the brain. Instead, the brain interprets blood vessel activity (constriction and dilation) and increased blood flow and registers it as pain.

Even though Serrador says, “brain freeze really hasn’t been studied a lot so the mechanism [still] remains [rather] unclear,” he says this negative interpretation by the brain could be the body’s way to get us to stop eating foods and drinks that rapidly alter our body temperature, which the body likes to keep stable.

According to findings from Harvard Medical School, “If headaches work in the same way [as brain freeze], drugs could be used to stop blood vessels from opening up…or to make blood vessels constrict.” Scientists hope the study findings can pinpoint a common mechanism between both brain freeze and migraines, and help medical professionals better understand headaches and how to cure them.

Unfortunately, there is no cure for brain freeze. However, Dr Dwayne Godwin from the Wake Forest Baptist Medical Centre, suggests drinking warm water to speed up the uncomfortable, pain-blasting headache.

Mental Floss host, Craig Benzine, says you just need to wait it out (put down the ice cream). Also, you can prevent brain freeze in the future by consuming cold foods and drinks more slowly. Other experts recommend holding really cold food at the front of your mouth so it has a chance to warm up slightly before you swallow it.