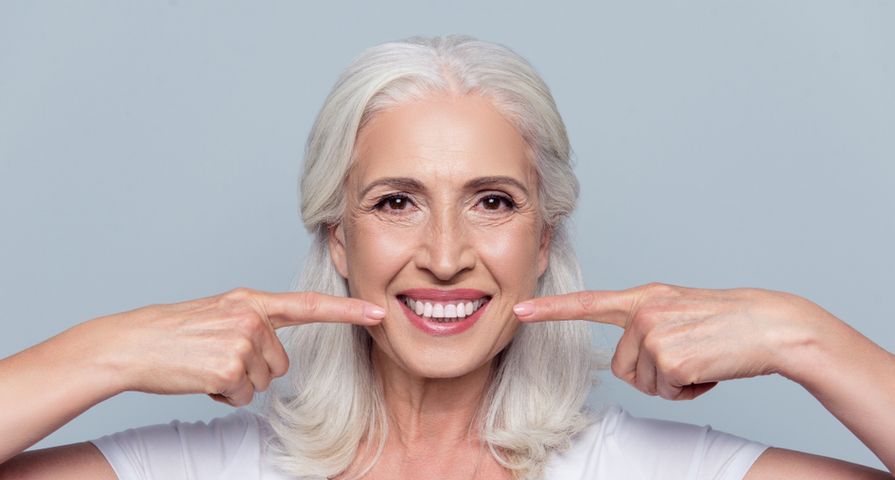 Signs of Gum Disease You Should Never Ignore

Dental implant surgery is a fairly common procedure, but not one without risks. As mentioned in our article about what you should expect from dental implant surgery, the success rate is roughly 98-percent. Things almost always go as expected, and patients end up with a solid new tooth (or teeth) implant that will serve them well. However, there are both short and long-term risks associated with this type of dental work. This article will break down the potential downfalls of dental implant surgery so you can make an informed decision.

Even when dental implant surgery goes great (which is usually does), there’s the unfortunate aftermath to deal with. Let’s face facts: this is a serious surgery in a sensitive part of your body, involving the drilling into bone. You’re going to have some swelling and discomfort afterwards, no matter how perfect the procedure goes. The good news is that this is to be expected, and can typically be treated with over the counter painkillers. If you have a really low pain tolerance, your dentist may recommend something a bit stronger.

Here’s a gross dose of reality: the mouth is full of bacteria. That bacteria can wreak havoc on your surgical wounds, if the doctor and patient aren’t careful. The dentist needs to ensure that they follow proper sterilization of their tools and environment. Even when that is done properly, patients are usually given antibiotics before implant surgery as an extra precaution.

Infection can also be a result of the patient failing to follow the doctor’s directions after the surgery. Some infections are obvious right away (within a week or two), while others can form slowly and pop up after a month (or more). It is possible to catch any infection early and still result in a successful implant surgery, so make sure you go see your dentist if anything doesn’t seem right.

Simply put, some people are more suitable candidates for dental implants than others. If you have lost teeth, you are generally someone who qualifies, but other pre-existing conditions or factors might make you think twice. Once again, it’s important to discuss these things with your medical professional beforehand.

Conditions like cancer, radiation to the jaw, alcoholism, gum disease, diabetes, smoking, some medications, and various other ailments can affect your body’s ability to handle implant surgery (and more importantly, heal properly afterwards). While it’s unlikely a dentist will flat-out refuse to do the surgery if one (or more) of those conditions exist, additional pre-surgery steps may be needed to ensure that it will be a success.

Foods That Can Harm Your Teeth

Being a skilled surgeon is a learned technique, one that improves with experience. With that in mind, you have to remember that the person performing your implant surgery is a human being, and prone to human error. The process of anchoring the implant to your jaw bone is called esseo-integration. It’s naturally quite invasive. A skilled dental surgeon can get the job done in a way that promises minimal swelling and pain, while a less experienced surgeon (or one who simply makes a mistake) could lead to more pain, longer healing time, infection, or even the implant failing altogether.

Researching reviews of your surgeon of choice is a good idea. So it meeting with them ahead of time, to ensure you feel comfortable handing them the responsibility of dental surgery. A skilled surgeon is especially important if you have deficient bone volume or very dense bones.

Dental implants have been described as “a nail stuck in concrete.” In other words, they aren’t supposed to move at all once in place. The process is actually similar to setting a broken bone, and takes roughly 15-to-17 weeks to heal. During that time, the bone will go through a process of remodelling and mineralization called “sigma.” It’s especially important that the implant doesn’t move in the first 8 to 12 weeks of that process.

If there is movement of the implant, the bone will not firmly reform around it. That can result in a loose implant, wiggling around in soft tissue instead of being rock solid in the jaw bone. It’s also quite painful.

For this reason, it’s generally not recommended to go for “immediate implants” (although some dentists will do them). The normal implant process is two-fold: first the anchor is placed in the bone and allowed to heal, and then a fake tooth is installed on the anchor itself. If both steps are done at once, it is more likely that the fake tooth will end up getting pressure on it (from eating, or whatever else) and causing micromovement. Immediate implants come with a higher risk of failure, and your dentist will probably recommend a soft food or liquid diet for two-to-three months to keep the implant safe.

The implant needs to sit firmly in the jaw bone in order to be successful. Not only does the existing bone need to be strong, but ideally the implant will have more bone grow around it. If there’s any reason this wouldn’t be the case for a patient, the implant is more likely to fail. Luckily, there are steps you can take to combat this problem.

If the tooth in question has been missing for a while, you probably have less bone in the area compared to a recently lost tooth. Your dentist can either do a bone graft or otherwise surgically alter the area in a way that promotes bone growth. You may have to do this in a separate step before the implant surgery itself.

This is one of the biggest factors for a successful implant, and it’s the one entirely within a patient’s control. Simply put: listen to your doctor! The aftercare instructions are fairly simple, but they need to followed in order to ensure a successful implant. Typical post-operation instructions include avoiding heavy physical activity, keeping the affected spot very clean, avoiding eating certain food or smoking, and taking any prescribed medications.

Some patients start to feel better within a few days, and think they can be a little flimsy on following the rules. This is a bad idea, and these people are quickly reminded the doctor gave those instructions for a reason when pain and/or complications start creeping in. Trust that your doctor knows best, and listen to their instructions.

What to Expect with Invisalign Braces

Although rare, it is possible for your implant surgery to lead to nerve damage in the area. That can lead to pain, numbness, or tingling sensation in your teeth, gums, lips, or chin areas. If the problem gets really bad, additional surgeries may be required to undo the implant and/or try to ease the nerve damage.

This is another rare problem, but it’s not unheard of for dental implants on your upper teeth to protrude into your sinus cavities, if not placed exactly properly. This can cause pain, plus other issues with breathing, sleeping, and headaches. It should go without saying that you want to avoid having this happen.

Your new tooth might be fake, but doesn’t mean you should skimp out on proper cleaning. Obviously the surrounding real teeth still need regular cleaning, but it’s really about overall oral hygiene. Your gums and tooth roots all need to remain healthy in order for your implant(s) to stay firmly in place. In some cases, patients opt for tooth implants because they have lost some of their teeth due to improper care. It can be hard to force them back into the habit of proper oral care.

The process is really simple though: brush and floss regularly, and make regular visits to the dentist for cleanings and check-ups. If your regular dentist isn’t the one performing your implant surgery, it’s still a good idea to go back to your surgeon after one month, one year, and then every few years just so they can make sure there’s nothing going wrong.

Tips Every Patient Should Know About Invisalign Braces

11. Too Much Pressure/Stress on The Implants

While dental implants are designed to be strong and give you the feel of “normal” teeth, there are some factors can cause long term problems. In this case, we are talking about external forces, usually from other teeth. This is a situation that can arise when one surgeon is charged with placing the implant anchors, and a different dentist is tasked with producing the fake teeth that will sit on top of them. If they aren’t communicating and working in sync, it’s possible that the teeth won’t fit the anchors properly (or vice-versa). That leads to unnecessary pressure on the implants, which might cause them to fail down the road.

You’ve surely heard the phrase “you get what you pay for,” and it’s one that can certainly hold true when it comes to dental implants. In the planning stage, it’s important for your dentist to make sure the implants will properly supported — that they aren’t too short, too small, or at an angle that will cause too much stress in the future. Some implant companies advertise cheaper options like “fewer implants” or “mini implants.” While these can certainly work for some patients, it’s important to do as much research as you can about your specific needs before agreeing.

If the implants aren’t planned and placed properly in the first place, complications could arrive as many as five years after the procedure. Dental implant surgery is one of those things were it’s probably advisable to pay a little bit more up front, in order to avoid additional costs if things go wrong down the road.

What to Know Before Getting Dental Veneers

There are a few personal bad habits that could cause implants to fail. We’ve already mentioned smoking as a key factor, but other things like chewing ice (or hard candy), as well as grinding teeth can also damage implants. Basically, you don’t want to do anything that causes any unneeded pressure.

If you grind your teeth, seek treatment. There are custom mouth guards that can protect both your real and fake teeth. As for other bad habits, consider chewing gum instead of ice or hardy candy. Try chewing a toothpick instead of smoking (or try a smoking cessation product). Remember, your teeth need to last you a lifetime and it’s not easy or cheap (or even possible) to constantly be replacing failed implants with new ones.