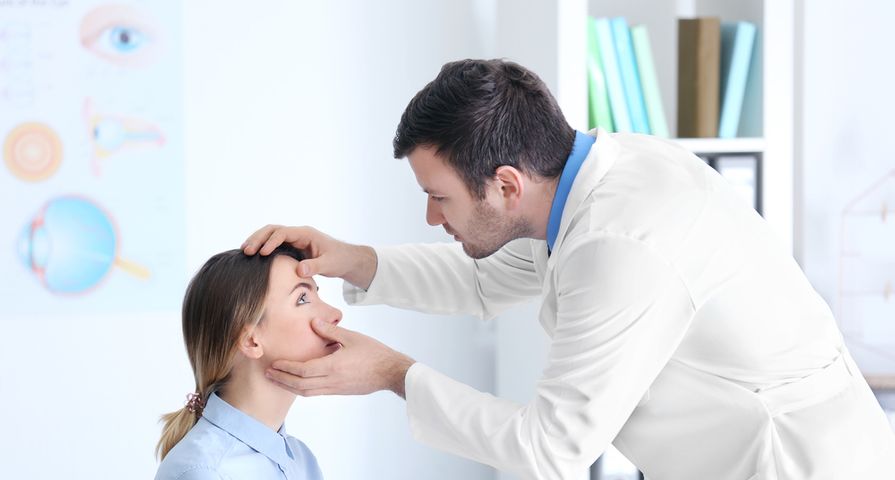 Glaucoma causes progressive and permanent vision loss due to a buildup of fluid pressure in the eyeball. The disease presents itself in two common forms—primary open-angle glaucoma and angle-closure glaucoma. Unfortunately, both have their own unique and subtle set of symptoms, in which the unaffected eye counterbalances the vision loss in the affected eye.

Primary open-angle glaucoma, the most common type, begins at the peripheral working inward to incapacitate central vision, and leading to tunnel vision. While acute angle-closure glaucoma (also called chronic angle-closure or narrow-angle glaucoma) causes blurred vision with halo effects around eyes. Both types cause the irreversible and gradual damage of the optic nerve (the mechanism that sends visual information from retina to brain). The slow decline of sight often means the condition isn’t diagnosed until the advanced stage.

Before we dive into the early warning signs of this eye condition, it’s important we make a distinction between the two different types of glaucoma. The two types of glaucoma: open-angle glaucoma and angle-closure glaucoma, present different signs. WebMD points out that open-angle glaucoma is the more common type. It is sometimes also referred to as wide-angle glaucoma. It occurs when the “drain structure in your eye — it’s called the trabecular meshwork — looks normal, but fluid doesn’t flow out like it should,” writes WebMD.

The second type is angle-closure glaucoma which is less common, but more prominent in Asia than in the West, says the source. It can also be referred to as chronic angle-closure or narrow-angle glaucoma. It’s a result of poor drainage in the eye. “Your eye doesn’t drain right because the drain space between your iris and cornea becomes too narrow,” says WebMD. “This can cause a sudden buildup of pressure in your eye.” In addition to glaucoma, this can also lead to cataracts and farsightedness.

The onset of sudden eye pain and headaches behind the eyes and brow are primary signs of late stage acute angle-closure glaucoma. The term “acute” refers to the sudden and irreversible damage to the optic nerve. If you experience eye pain, seek treatment immediately to prevent more severe vision loss and even blindness.

It’s difficult to see the damage of glaucoma with the naked eye. However, patients with acute angle-closure glaucoma typically have red eyeballs with large pupils that are nonreactive to light. The cornea (the transparent eye covering that shields the pupil. iris, and anterior chamber) may also appear slightly cloudy and swollen.

Acute angle-closure glaucoma often causes a colored rainbow affect or night vision issues such as halos (or starbursts) and blurred vision around lights. This can be problematic for drivers with glaucoma who feel extreme pressure and sudden blindness as the pupil opens, especially at night or in low-lit environments.

Primary open-angle glaucoma typically presents with a slow narrowing of the patient’s peripheral vision (causing tunnel vision) and interrupting the edges of the field of view in both eyes. Many glaucoma patients don’t realize there’s an issue until their sight is limited to what’s directly (not in the peripheral) in front of them in the advanced stages of the disease.

Acute angle-closure glaucoma will cause a gradual decline in sharpness of vision (or visual acuity). Severe blurring isn’t evident until the latter stages of the disease. Tragically, often by that time, significant vision damage is irreversible, even with surgery.

Acute angle-closure glaucoma shows few signs. However, red eye and headaches may indicate swollen irises due to eye pressure build-up. By the time the eyes become obviously red and swollen, immediate emergency treatment will be necessary. Eye redness can also occur from the chronic use of eye drops.

Nausea and vomiting often result when vision is distorted. However, acute angle-closure causes nausea and vomiting accompanied by severe eye pain, which slightly distinguishes symptoms from the stomach flu or other gastrointestinal ailments.

These symptoms are only specific to open-angle glaucoma which can cause patchy blind spots in either a person’s side vision (peripheral) or their center vision. It tends to happen more frequently in both of their eyes rather than just one, says the Mayo Clinic. It also causes tunnel vision, but only in the advanced cases.

There’s nothing scarier than a health condition that doesn’t present any symptoms or warning signs! Unfortunately this is the case with glaucoma. According to WebMD, many people who suffer from glaucoma aren’t aware of it because they haven’t experienced any symptoms. The first sign tends to be vision loss in some form whether it be peripheral or side vision. However, this can take years to show up and not present itself until the disease has progressed. WebMD points out that this is why glaucoma was coined the “sneak thief of vision.”

The best thing for glaucoma is early detection which is why it’s super important that we all get regular eye exams and check ups. Don’t assume just because you don’t feel any symptoms that you don’t have anything to worry about. You can only rule glaucoma out with a complete eye exam by a specialist. WebMD recommends going every 1 to 2 years.

It’s important to note that glaucoma will not get better on its own and it’s not something to be ignored. If you start noticing symptoms, go see an eye doctor right away. If left untreated this condition will lead to blindness. “Even with treatment, about 15-percent of people with glaucoma become blind in at least one eye within 20 years,” writes the Mayo Clinic.