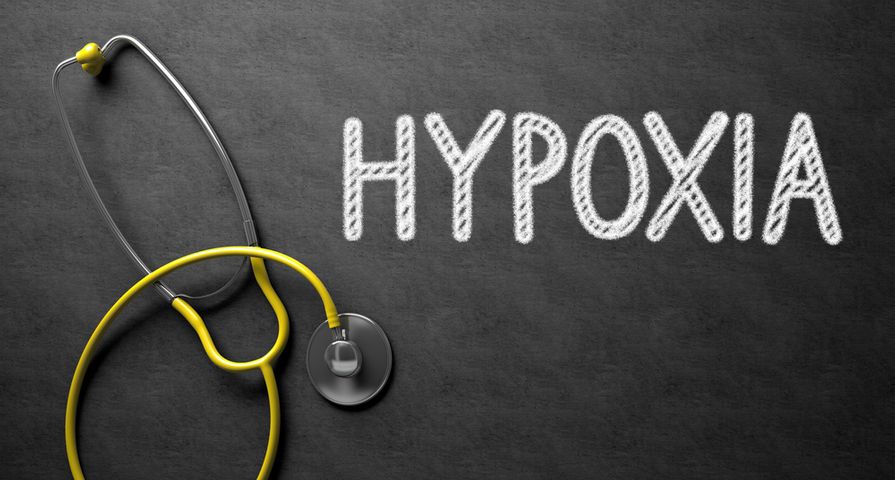 Common Risk Factors for COPD
Hypoxemia occurs when a person experiences lower-than-normal oxygen levels in the blood, specifically in the arteries. According to WebMD, this can lead to what’s known as hypoxia, “when your blood doesn’t carry enough oxygen to your tissues to meet your body’s needs,” although hypoxia is often used to describe both conditions.

This can occur suddenly as a result of taking certain medications or having an asthma attack, or develop over time due to heart problems or lung diseases like chronic obstructive pulmonary disorder (COPD) and emphysema. Although symptoms of hypoxia often vary from person to person, the following are the five most common ones to be aware of.

As red blood cells are what carry oxygen to the body’s tissues, an insufficient amount of them can cause the skin to change color. Known as cyanosis, the skin will typically appear a dark bluish-red, and is most noticeable if oxygen levels drops dramatically.

For those with darker skin colors, MedlinePlus says cyanosis “may be easier to see in the mucous membranes (lips, gums, around the eyes) and nails.”

The NHS defines a state of confusion as “not being able to think clearly or quickly, feeling disorientated, and struggling to pay attention, make decisions, or remember things.”

If you notice yourself or someone else suddenly exhibiting any of these symptoms, it may be an indication of hypoxia. Sudden hypoxia could be caused by a variety of reasons, from a severe asthma attack to a problem with the heart or lungs.

One of the most common causes of hypoxia is a severe asthma attack, during which it can be hard to get sufficient air into the lungs as the airways have narrowed. In an attempt to clear the lungs, a person may cough frequently.

While this is a natural reaction, it can prove dangerous as WebMD says “coughing to clear your lungs uses even more oxygen and can make symptoms worse.”

An increased heart rate most often occurs when engaging in physical activity, so if it happens while at rest it may be an indication of hypoxia. When the body isn’t receiving sufficient oxygen, Livestrong.com says that the heart begins pumping faster in order to “help circulate oxygen-containing blood throughout the body in an attempt to meet the cells’ needs.”

Breathing also becomes more rapid when the body’s oxygen needs aren’t being met, in an effort to increase intake. While people normally breathe at a rate of 12 to 16 times per minute, in these situations rates may increase to 24 breaths or higher.

Shortness of breath is considered one of the most obvious symptoms of hypoxia, and often occurs as a result of the increased heart rate and breathing mentioned previously. It often occurs while at rest, and can become so severe that it feels as though you’re choking.

Shortness of breath will be especially pronounced when engaging in physical activities, and may decrease one’s tolerance for them. It may also happen during sleep, causing you to wake up out of breath. In some cases, shortness of breath may also be accompanied by wheezing, a high-pitched whistling sound that occurs when breathing, particularly exhaling.