How to Tackle Screen Time for Kids with Autism 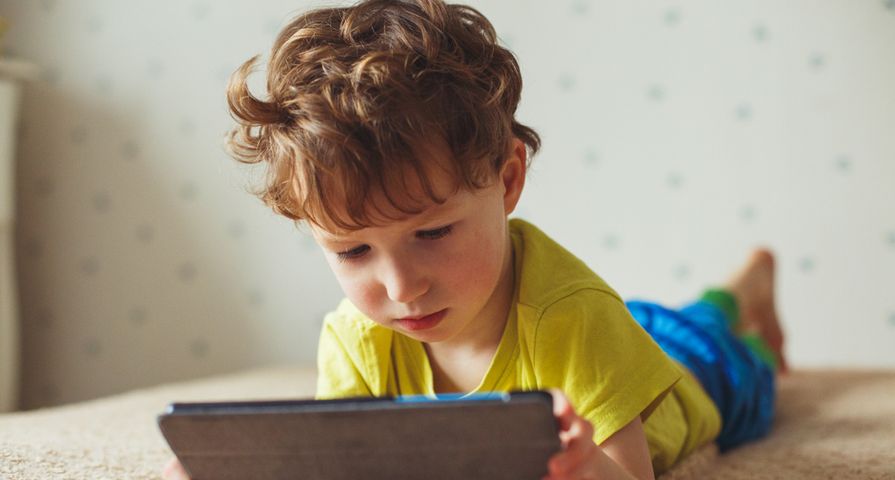 The Impact of Animals on Kids With Autism

When it comes to tackling screen time for kids with autism, it is truly a balancing act. For many of our children, video games are a social outlet and apps are communication tools. Then to top it off, many children have begun schooling virtually. On the other hand, too much screen time for any child has been linked to behavioral issues, sleep problems, educational struggles, and so much more. So where is the fine line between enough and too much screen time for autistic children?

When out girls were little, tablets and phones for children were practically unheard of. Our television was constantly tuned to PBS every day in hopes to clean the house or make myself something quick to eat. Trips to the grocery store require a giant diaper bag of toys, snacks, and drinks to keep them occupied. The best invention I found at that time to ease my trips to the store was those carts with the additional two seats. While awful to push around, having all three children buckled in was amazing!

Looking back though, I still am not sure how I managed three neurodiverse little girls by myself. When meltdowns occurred, I had to learn very quickly how to help the child struggling while making sure the others needs were met at the same time. Once Netflix became an app that worked well on phones, it was life changing as a parent. I could get through the store or doctor’s appointments so much easier.

However, there are some obvious disadvantages or negative effects that come from screen time. It’s all about balance and clear guidelines. As a mother of autistic children, here are some tips I’ve learned on how to tackle screen time for kids with autism…

Fast forward several years to my son. At two, we had a tablet just for him. Eighteen years ago, I could not have imagined buying a tablet for a toddler. However, that same tablet became a means of communication and educational learning. He had apps for learning basic words, social skills, as well as for entertainment. It was a lifeline for my son to learn the things he was severally behind on while having fun at the same time.

While immensely helpful, we have seen the negative effect too much screen time can have on our autistic children. Our youngest daughter struggles to regulate emotions. When she has too much screen time, she becomes angry and unable to use her coping skills.

Our oldest child with autism will become glued to her bed with a phone for hours on end if allowed. This has led to depressive episodes in which it is next to impossible to get her moving around and going outside. Once the children had access to tablets and phones, we had to learn quickly to figure out that line between enough and too much screen time.

The first thing we learned to consider was determining how much time each day we would allow our children to be on devices. For our household, the two-hour mark was the cut off. We then set up parental controls to prevent access to apps that would be harmful. From there, we set up rules about where devices could be used such as in the living room and not during the last hour before bedtime.

When it comes to tackling screen time for kids with autism, routines and consistency is key. When our children are about to hit their two-hour mark, we make sure to let them know their time will be up soon. We give them time updates at fifteen, five, and one minutes left so they can come to a stopping point in their activities and not be surprised.

The biggest thing that helped my children transition from free access to devices to time limits was other preferred activities. Many times, their frustration came from not knowing what to do when the devices were put away. I sat down one night and made a list of activities that I could choose from for them to do such as specific crafts, board games, and outside activities.

My big suggestion here though would be to not give your child that list. When it comes to choices, giving an autistic child too many choices can become extremely overwhelming. According to the age of your child, you can either pick the activities or give them a choice between two.

Be Flexible with Age

As our children have gotten older, we have had to adjust our screen time rules. With virtually schooling, we went down to an hour and a half on school days and increased weekend time to three hours. We also turned off limits to phone calls and text so they could have social interactions. Additionally, we added the rule that if they are playing with each other on video games or watching shows together, there is no limit.

When it comes to how to tackle screen time for kids with autism, there are no set rules that fit every child. As a parent, you are the expert in your child’s needs and behaviors. The rules that work best for your child and family are the ones you need to set. The key is just to be consistent and be willing to explain things at their individual levels for them to understand.