How to Soothe Panic Attacks and Severe Anxiety 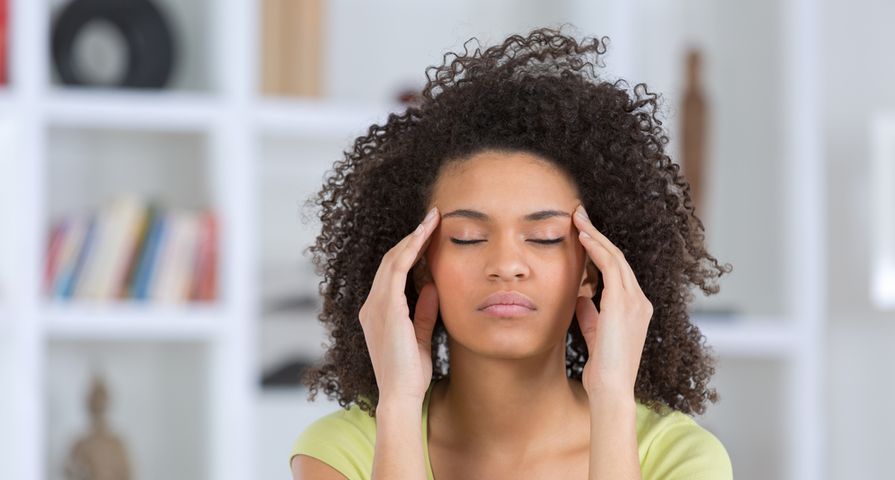 Out of the blue without warning, it’s that overwhelming sense of dread and fear…your heart pounds so loud that your ears ring and the sudden onset of panic leaves you paralyzed. If that sounds familiar, you’ve probably suffered a panic attack before. For many, panic attacks are more common. They can cause you to become depressed, fearful of leaving the house and even cause you to totally withdraw from social activities you once loved. However, you can regain control and reduce the debilitating symptoms of panic attacks from ruling your life with the following treatments…

One of the most important parts of reducing symptoms during an anxiety attack; is to breathe deeply. This is because during an anxiety attack you start to hyperventilate (or take in rapid breaths cutting off the carbon dioxide levels in your blood and causing light-headedness). Taking control over your breathing via special breathing exercise focusing on deep tummy breathing rather than shallow chest breathing will help your nervous system to relax.

Health.com talked to Greta Hirsch, PhD, clinical director of the Ross Center for Anxiety & Related Disorders who said slow, abdominal breathing helps ease sufferers from feeling faint. She advises counting to five while inhaling, and then count to another five while exhaling. This way you know you’re getting a nice, long deep breath.

Cognitive Behavioral Therapy (CBT) treats panic attacks by changing your thoughts towards anxiety, and Behavioral therapy—and the way you react to anxiety or panic attack triggers. It starts with helping you understand why you have anxiety attacks in hopes of reducing the symptoms and identifying the triggers of your attacks.

Relaxation techniques—like meditation and yoga—are often taught in order to strengthen the patient’s control over their nervous system so they can call on relaxation responses when panic attacks set in. For instance, yoga creates a feeling of euphoria and calm that can be figured into your daily routine to help you relax before entering a potentially stressful situation.

Exposure therapy teaches the patient to have control over their panic by exposing them to the physical sensations of panic in a safe and controlled environment. Different exercises—such as breathing and simulating a panic attack—are meant to help the patient cope with the symptoms of anxiety and gain a sense of control over their emotions.

This type of visual therapy can help an anxious person create in their mind of a place where they feel calm and relaxed. The imagery differs for each person. For some; their safe place could be nestled at home in bed—while others could find peace if they visualize the voice of a loved one.  This therapy asks the participant to focus on the minute details of their happy place, so their attention is on a calming thought and not their stressor.

Oftentimes a racing mind is calmed by physical activity. The endorphins released during physical exercise will often help flood the body and mind with feelings of calm and happiness. Start out with gentle exercises such as biking, swimming, walking, or yoga. Of course, if you’re having trouble breathing or even hyperventilating, do not engage in exercise. Focus on getting your breathing back on track instead.

In severe cases of anxiety, doctors may prescribe medications (i.e., anti-depressants or mild tranquilizers) to help soothe to the onset of a panic attack. These medications work to slowing down brain activity and over-stimulation of the nervous system quickly when a panic attack occurs. WebMD notes that a patient could be prescribed either an antidepressant, an anti-anxiety prescription drug, or medicine “to even out an irregular heartbeat.”

You can seek out the help of a professional music therapist, but you can also create a calming playlist of songs to listen to when you’re feeling stress set in. These songs should make you feel calm and relaxed.  If you feel anxiety overwhelming you, put on your headphones, close your eyes, and focus entirely on the music, the lyrics, or the beat to help deter you from the anxiety.

Healthline points out that panic attacks are often triggered by something. To help console the overwhelming feeling that comes along with an attack, try closing your eyes. This would be especially helpful if you’re in a busy environment that has a lot of stimuli from crowded streets, lights, sounds, etc., which will only contribute to those feelings of anxiety. To help reduce this stimuli, close your eyes and try to focus on your breathing.

It sounds simple enough, but it can make a huge difference when it comes to anxiety and/or panic attacks. Being mindful is all about being grounded in reality and what’s going on around you. “Since panic attacks can cause a feeling of detachment or separation from reality, this can combat your panic attack as it’s approaching or actually happening,” writes Healthline.

So how does one practice mindfulness? It’s all about bringing yourself back to reality through your senses. For example, try digging your feet into the ground, or feeling any kind of different texture around you. It can be as discreet as rubbing your hands on your jeans, says Healthline. The use of these senses will help you feel more connected to reality, and more importantly, a little more grounded internally which will then help soothe whatever is going on internally.

WebMD and Healthline both suggest taking an anti-anxiety prescription drug like benzodiazepine. While there are many alternative practices to try, for some people, medication is the best route to take to lessen the symptoms of a panic attack.

Healthline points out that because these are a prescription drug, you’ll need a diagnosis before being able to turn to this solution. It’s also important to note that this medication can be highly addictive and the body is able to adjust to it over time, so anyone with a history of substance abuse is not advised to take benzodiazepine. This medication is to be used sparingly and only in cases where it’s necessary.

According to Healthline, many people find it helpful to focus on one object to soothe a panic attack. We don’t just mean looking at something either, you’ll want to look at it and take note of every detail about it from the way it looks, the way it sounds, even think about the way it works. This redirection of focus will bring a much needed distraction and you might find that your symptoms subside. Healthline gives the example of a clock on the wall. “You may notice how the clock jerks when it ticks, and that it’s slightly lopsided,” says the source. Take it all the shapes, colors, noises — anything you can and funnel all your focus and attention onto it.

Signs of a Nervous Breakdown to be Mindful of

Many people associate lavender with stress relief and relaxation, and that’s because it works! It can have a very soothing effect which is exactly what someone needs when suffering from anxiety. The best way to reap its benefits at any time of the day, no matter where you go is to carry it on hand as an essential oil. Healthline advises to dabbing it on your forearms when you feel a panic attack coming on. The smell should have a soothing calming and soothing effect. According to Health.com, “sense of smell is said to be the fastest route to the brain. That’s why sniffing a calming scent may be just the ticket when you’re mired in feelings of dread.”

Another way to use lavender is to drink it as a tea. Healthline points out that lavender should never be combined with benzodiazepines because it can cause severe drowsiness.

14. Strike Up a Conversation

This probably seems like the last thing you’d want to do when suffering from a panic attack or severe anxiety, but according to Greta Hirsch, PhD, clinical director of the Ross Center for Anxiety & Related Disorders, she told Health.com that striking up a conversation, even if it’s with a stranger is better than nothing because it will force you to breathe.

This harmless conversation will also distract you from internalizing any fears of “will I pass out?” Allowing yourself to be consumed with those thoughts will only make your symptoms worse, so it’s best to find a distraction, no matter what it is! If you can’t muster up the courage to talk to a stranger, call someone you know. “It gets you in the moment, it gets you breathing, it gets you, maybe, out of the triggering environment for a few minutes,” says Hirsch.

Counting backwards seems like one of the oldest tricks in the book, but that’s because it works! If engaging in small conversation doesn’t work to soothe a panic attack, then it’s probably best to focus on something else, anything other than your pending anxiety.

In an interview with Health.com Greta Hirsch, PhD, clinical director of the Ross Center for Anxiety & Related Disorders in Washington, D.C. says, the best thing to do is to count backwards from 100 at least three times. The reason for this is because it requires such focus that it will divert your mind away from any negative thoughts that might be fueling your anxiety, like questions of “what if” or “what if I embarrass myself?”