How Age Affects What Men and Women Find Attractive 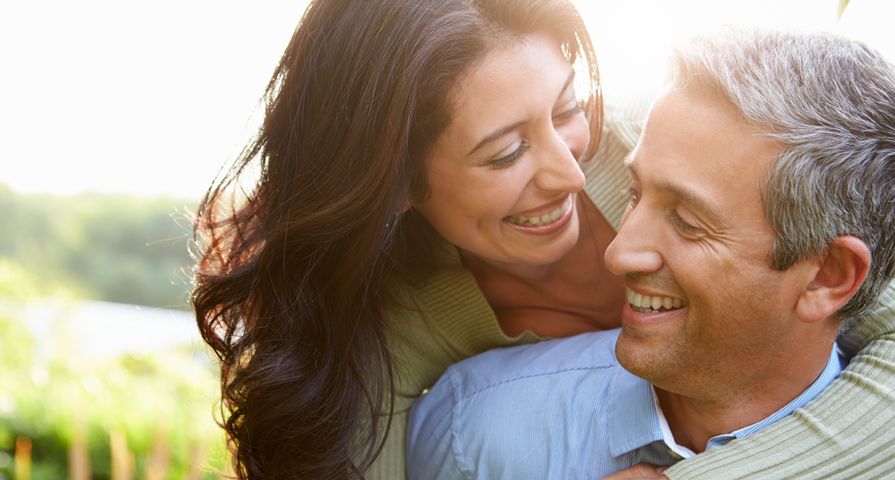 Think back to when you were in your 20s. Would you want your current partner to have the same personality traits and physical characteristics you desired then? For most, the answer is probably not. This is because the things people find attractive tend to evolve as they age.

There has been an ongoing debate about how similar or different romantic preferences are for men and women. To get some answers, scientists decided to look into this concept and find the differences among a broad market.

The study was published in the journal Plos One and takes into account three concepts: aesthetics, personality, and resource. Over 7,000 Australians between the ages of 18 and 65 were surveyed online. The age range gives researchers a better idea of how patterns differ across ages.

To better understand the participants’ answers, researchers analyzed three main factors that people consider when deciding whether or not they find someone attractive. One of those factors was aesthetics.

This refers to things like age, attractiveness, and physical build. It even takes into consideration one’s likelihood of disease or genetics.

While physical appearance may be the first thing you notice about a person, another factor researchers kept in mind was resources. This has less to do with someone’s appearance or personality, and more to do with factors that attribute to their mindset and lifestyle.

Resources refer to a person’s intelligence, education, and income. For instance, a woman might consider a partner with a good income and career goals as a more eligible suitor. Alternatively, a person’s level of education may be less important to some compared to others.

Perhaps the most important thing about a potential partner is personality. When coming up with the survey, researchers made sure to ask questions about the personal traits that make a person who they are.

Personality is something that can determine the worthiness of a partner, either for the time being or the long run. This includes things like trust, openness, and emotional connection.

To find out how important aesthetics, resources, and personality are to participants, they were asked to rank their level of importance. They did this by rating nine different characteristics related to attraction on a scale of zero to 100.

The following nine characteristics were ranked by participants in this study:

After compiling results from the survey, researchers were able to come up with several conclusions. One pattern researchers found in the study was that, on average, women rank nine to 14 points higher for things like age, education, intelligence, income, trust, and emotional connection.

This observation confirmed some existing theories about what women look for in partners. According to the journal, “Such findings lend confirmatory weight to previous research findings and broader historical evolutionary theory that predicts that females tend to be choosier than men.”

In contrast, things like education and income matter less to the younger men who were surveyed. “Our findings indicate greater male priority for attractiveness and physical build, compared to females, relative to all other traits,” says the source. But as men continue to age, you should know this is not a permanent trend.

A pattern that occurred in both male and female respondents is that as you grow older, aesthetics matter less. The study explains how “for both sexes, preference for attractiveness appears negatively correlated with age, but preference for openness and trust is positively associated with age.”

Age Is Not the Only Factor When It Comes to Attraction

While your chronological age can be a contributor to your preferences in a partner, the study explains how your level of education and or having kids can also alter your ratings. For example, women with kids tend to care more about the personality of a partner. Whereas for men with kids, this trait is less important.

What Do You Look for in a Partner?

The study conducted by researchers has given us a glimpse into what is most important to people when it comes to a partner. Some might prioritize looks, while others care more about the personality and what someone has to bring to the table. But what research proves is that our taste is likely to evolve as we grow older.

Priorities can change as you age. Think back to what you found attractive when you were younger. Would your rankings for aesthetics, resources, and personality differ from what they are now? Whether you’re in a committed relationship or still looking for that special someone, think about where your ratings would be if you had taken the survey for yourself.