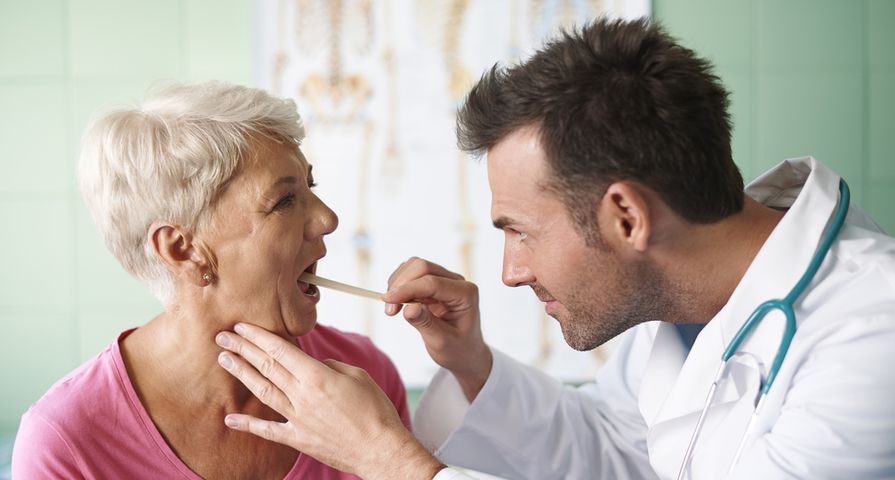 Hand, foot, and mouth disease (also known as HFMD) is usually caused by a coxsackie viral infection and is a common illness among kids under 5-years of age, according to the Centers For Disease Control and Prevention (CDC). However, as the source points out, anyone of any age can get this highly contagious illness.

While kids usually get infected in a school or daycare setting, it can be passed along to parents and other adults through close contact. However, the main issue among adults is that they may not show symptoms, and pass it further along without knowing. Let’s take a closer look at this disease in adults, and what to do about it…

The Symptoms Can Be Similar to HFMD in Children

Like we mentioned, in some cases, an adult with this infection may not show any symptoms at all. But when they do, it’s similar to what a child with HFMD might experience, explains Medical News Today.

As the name of the disease suggests, an adult with the infection may notice sores in the mouth, as well as an “itchy rash” on the hands and/or feet, adds the source. There can also be a fever and what seems to be a flu, it notes.

Adults May Not Have Telltale “Vesicles”

One of the confirming signs of HFMD in kids are the small, fluid-filled blisters known as vesicles in the mouth and hands, explains the Cleveland Clinic. These vesicles can also invade the inner cheeks, tongue, and even the throat.

However, while these can show up in adult cases, they often don’t, which could cause the infection to go unrecognized. The infected adult may just push on with over-the-counter remedies until it clears (or until the blisters make an appearance), notes the source.

The Symptoms Are Usually Not Severe

Medical News Today says that HFMD is not usually a huge cause for concern and that most people – of any age – will recover from the illness in 7 to 10-days even without medical treatment. Although, there are simple treatments available, which we’ll get to later in this article.

In fact, the source says that “most” adult cases of HFMD do not involve any telltale signs at all, and those who do, usually have benign symptoms. “Complications that require medical intervention occur only very rarely,” the source adds.

College-Aged Adults Could Also Be at Risk

Ah, the enriching experience of being a young adult going away to university or college for the first time and living in a dorm. While there are many positives, like meeting new people and learning independence, the close quarters can make conditions ideal for the spread of HFMD.

Cleveland Clinic explains college dorms can cause the illness to spread “like wildfire” due to close proximity (and possibly showing no symptoms). With that in mind, outbreaks can occur in early fall, but also during all of the other seasons, it adds.

What Causes the Illness?

As mentioned, the coxsackievirus is usually the culprit that leads to HFMD. More specifically, Medical News Today explains Coxsackievirus A16 is the most common culprit in the U.S.

However, there’s also the Coxsackievirus A6 version, which the source says can produce more severe symptoms. Meanwhile, the main cause may differ depending on location. For example, it points out the leading cause in East/Southeast Asia is Enterovirus 71 (EV-A71).

Without the telltale blisters, you might think you just have the flu or some other illness. If you go to the doctor, they can perform a physical exam to look for any lesions in the mouth and on the body that might suggest it’s HFMD, explains Healthline.

The source notes that in addition to asking you questions about your symptoms, they may also take a throat swab or order a stool sample that can be tested for the presence of the virus (this might be a good place to mention it spreads through fecal matter, but read on).

How Does It Spread?

The virus can be spread from your school or daycare-aged children bringing it home, although you might not even notice you’ve been infected. It can easily be transmitted through direct contact with an infected person, touching their toys, or breathing in air from their cough or sneeze.

While that might be a common scenario for parents and caregivers, there are other ways it can spread among adult populations. Penn Medicine explains it can be passed from “infected water” in swimming pools, as well as touching contaminated doorknobs and other objects. Cleveland Clinic adds kissing to the list of infection risks.

How Long Is Recovery From HFMD in Adults?

Assuming an adult has been hit with all the symptoms including the blisters, it can actually take several weeks for it to completely clear up, explains Cleveland Clinic. Hand lesions (blisters) can last for 2-weeks and foot lesions for “several weeks,” the source notes.

The other main symptoms such as a fever or sore throat will usually subside in about a week, adds the source. Although it notes throat lesions can hang around for a few weeks. “The blisters can be painful, so when you have them in your mouth, as kids do, it can hurt to swallow,” the source quotes from a doctor.

There Are Possible Complications

The risk for complications from HFMD is low, assures MedicalNewsToday.com. However, while the biggest risk of complications is from dehydration, it says there are other “rare” effects such as losing fingernails/toenails, developing encephalitis (a “polio-like paralysis”), and viral meningitis called aseptic meningitis.

The source also says you should contact your doctor if you’ve developed symptoms of HFMD during pregnancy (there’s a risk of infecting the baby closer to delivery). Meanwhile, while rare, a case report notes there have been fatalities linked to severe HFMD in children from “neurological and cardiopulmonary complications”.

How Can Adult HFMD Be Treated?

Penn Medicine notes the treatments for HFMD can be self-administered. For example, adults can simply buy over-the-counter pain relievers to combat fever and related pain, while some mouth sprays may help numb the discomfort from the sores.

It suggests staying hydrated with cold water, which might also help soothe the pain. On the flip side, try not to eat hot, acidic, or spicy foods that might cause a flare-up when dealing with an infection (although there could be some benefits to spicing it up), the source adds.

Cleveland Clinic says if you’ve been diagnosed with HFMD, you should take some “universal precautions.”

Those include washing hands before eating (which you should be doing anyway), disinfecting common surfaces such as doorknobs and toilet handles, and staying home if you feel ill.

What to Do if You Begin Showing Signs of Infection

If you’re just starting to show some signs such as a fever, it’s important to stay away from elderly people or those with compromised immunity. The same goes for avoiding pregnant women who are in the final weeks of pregnancy.

Take the time you need to help your body recover and contact your doctor if your symptoms don’t go away or if they worsen.