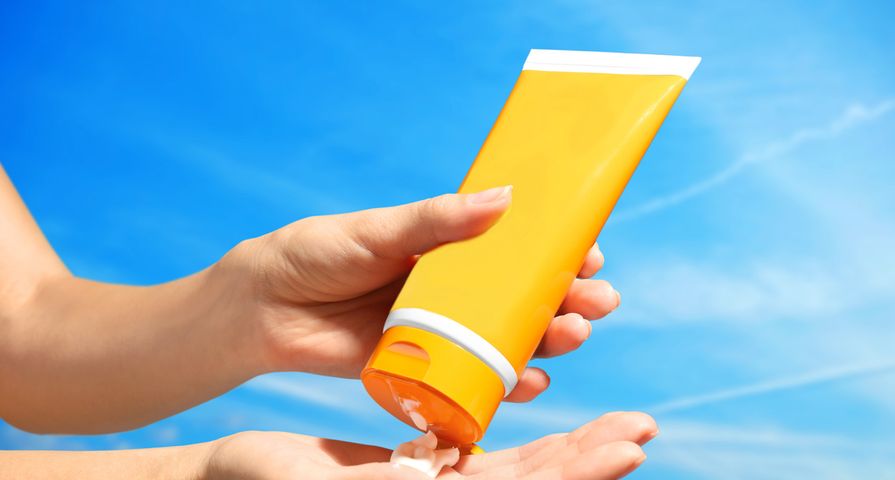 When we think of the sun, we think about getting outside to enjoy it, or how important it is to grow those tomato plants in the yard. We don’t necessarily think of it as something that can actually poison us, but it turns out that’s a thing.

Sun poisoning doesn’t necessarily mean you’ve been poisoned in the traditional sense, although it can make you quite ill and mimic symptoms of food poisoning. Here are 12 things to look out for if you’ve been out in the sun too long without adequate sunscreen protection…

As WebMD points out, sun poisoning does not literally mean you’ve been poisoned – it’s a term used for extreme sunburn due to UV rays inflaming your skin.

Sun poisoning can present a variety of symptoms, some you can see, and some you can definitely feel. “Within just 15 minutes of being in the sun, you can be sunburned,” says the source, adding that you may not feel the symptoms right away.

The same source says there are 2-variations to reactions to sunlight, and 1-of them is called Polymorphous light eruption (PMLE). “It happens in people who are at risk and who are exposed to intense sunlight that they’re not used to,” it notes.

For example, if you live in a temperate climate and head off to a tropical vacation, you may be at risk for this form of sun poisoning, which typically takes hours to appear. It adds that an inherited form of this condition occurs among Native Americans, and “it can last from spring to fall.”

This is a more sudden reaction to sun exposure, says WebMD. In fact, it says symptoms may appear within minutes, as opposed to hours like PLME.

At the same time, the symptoms may subside relatively quickly as opposed to other sun reactions – WebMD says the associated rash can disappear within hours. However, “you may experience the reaction off and on throughout the years,” it adds.

Redness is quite typical of a mild sunburn, but in the case of sun poisoning, you’ll experience skin symptoms that are “significantly worse” than a mild sunburn, notes Healthline.com. That includes a “widespread rash” that can be extremely itchy.

A sun rash (which is actually a sun allergy) can occur from sun exposure or contact from certain outdoor plants (such as parsnip), but a sun rash as a result of sun poisoning “is more of an isolated event that needs medical attention,” notes the source.

Foods That Keep Your Skin Looking and Feeling Healthy

Healthline.com has a list of possible symptoms of sun poisoning, some which are obvious by looking at them, others not so much. Sun poisoning is “significantly worse” than a mild sunburn that is defined by redness, pain, and swelling, it adds.

In the case of sun poisoning, you’ll likely see blistering or peeling skin and “severe redness and pain,” adds the source. While a mild sunburn usually goes away on its own, sun poisoning cases may require medical attention, it adds.

Symptoms of Sun Poisoning: Beyond The Rash

There are a variety of other potential symptoms that go along with sun poisoning that extend beyond reddened skin and rash, adds Healthline. For example, someone experiencing sun poisoning can develop a fever, nausea, and vomiting, it says.

On top of that, a patient with sun poisoning may be dehydrated, can experience headaches, as well as confusion, dizziness or even fainting, it adds.

It Can Mimic The Flu

As Reader’s Digest points out, a day in the sun may make you feel like you’re coming down with the flu. However, “summer isn’t exactly flu season,” so if you’re experiencing flu-like symptoms such as achiness after hanging out on the beach all day, then you may actually have sun poisoning.

Why does this happen? “When the skin is damaged by UV rays, it releases chemicals that basically turn on the immune system and make you feel terrible like you’ve got the flu,” explains the source. You’ll also have the telltale rash from sun exposure to go with it.

Reader’s Digest says that while a mild sunburn “is far from comfortable to the touch,” sun poisoning can be downright horrible to touch. That means even the shirt you’re wearing brushing against you can cause extreme discomfort, it adds.

“If your body is covered in a prickly sensation or you want to scream every time a hand or shirt brushes against your skin, it could be a sign your sunburn is on the very severe side,” warns Reader’s Digest. It suggests applying aloe, taking a cool shower, or taking ibuprofen (Advil) to get some relief.

There is the obvious reason for sun poisoning, and that’s simply being out in the sun too long without proper sunscreen protection, says Healthline. However, there are several risk factors linked to sun poisoning, it adds.

Those factors include being fair skinned, having relatives who have had skin cancer, taking antibiotics or oral contraceptives, using herbal remedies (St. John’s wort is mentioned in particular), using citrus oils on your skin before heading outside, living at high altitudes, or are using alpha hydroxy acids that are present in chemical peels. You can also get sun poisoning from outdoor sporting in winter, as sun reflects off snow, it adds.

How to Care for Bee, Wasp, and Hornet Stings

In many cases of sun poisoning, you can usually follow “simple remedies” that can provide relief, says WebMD. For starters, get out of the sun (completely cover up if you have to go out), it says. Then try taking a cool shower or bath or using cool compresses on the skin, it adds.

You should also step up your fluid intake, as dehydration is a factor. Use over-the-counter pain medications if needed, and apply aloe gel or moisturizers, says the source. For your skin, see your dermatologist for topical medications and sometimes oral medications that can help significantly.

WebMD says in other cases, you may need to get to a doctor to deal with your symptoms. It says to seek immediate medical care if you have a sunburn that forms blisters or covers a large area, are in a lot of pain, or have facial swelling.

Also get prompt medical help if you have fever or chills, nausea, headache, feel confused or like you’re going to faint, or have signs of dehydration, it adds.

Take Precautions So You Don’t Get Burned

Enjoying the sun is great, but it’s not worth laying in bed at home or in a hospital due to sun poisoning. WebMD says if you’re heading outside, you should apply sunscreen with a sun protection factor (SPF) of 30-or higher, and make sure it covers a “broad spectrum” – UVA and UVB rays. Make sure to apply an adequate amount of sunscreen. This is about 1-ounce for the entire body.

It says to reapply sunscreen every 2-hours or after you’ve been sweating or swimming, and to limit your sun exposure between 10 a.m. and 2 p.m. (although you can get burned any time of day). Be sure to wear proper sunglasses, a hat, and protective clothing, and check with your doctor if any of your medications could raise your risk of a sun reaction.