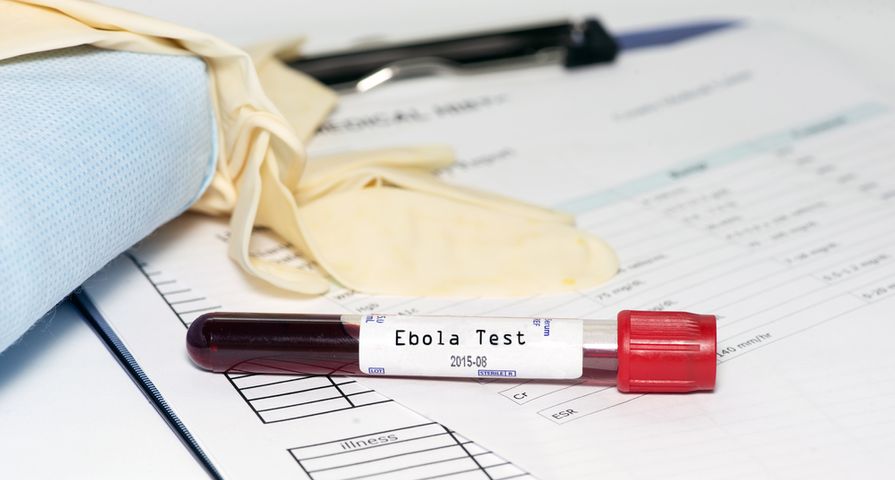 The Ebola outbreak in West Africa has been dominating the news over the last couple of months. Some worst-case projections say the outbreak could claim more than 1 million people’s lives over the next 4 months if they aren’t able to better contain the disease. But while the virus is devastating and the United Nations and several countries have stepped in to help, there are a lot of misconceptions about Ebola – how it spreads, the symptoms, risks and prevention, and what it would mean if it came to North America.

Remember, myths and misconceptions can fuel hysteria, so read these top ten misconceptions about the Ebola outbreak – you’ll be better informed and many of your worries will be put to rest…

1. Ebola Is An Airborne Virus

How people contract the Ebola virus is commonly misunderstood, and one of the main misconceptions is that it’s an airborne virus – that you can catch it just by breathing the air in the vicinity where someone is infected. There has been some slight hysteria about people on airplanes spreading the virus through the air. But this isn’t true. According to the World Health Organization, you can only contract it through direct contact with infected blood and other body fluids, and tissues of infected animals or people.

The Centers for Disease Control and Prevention (CDC) claims that in Africa, Ebola could be spread when handling meat from wild animals hunted for food and infected bats. In North America, this is not considered to be a way it is transmitted. So erase the common fear that it’s an airborne virus, and you will not get sick by simply being in the same room as someone with the Ebola virus. 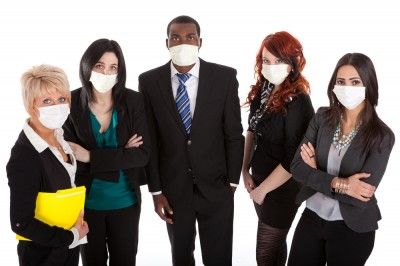 2. If You Contract Ebola, You’ll Die

A lot of people have died from the Ebola virus in West Africa during the most recent outbreak – more than 900 – and coupled with the lack of containment and worst-case projections, many believe Ebola will eventually kill whoever gets it. However, contracting the virus does not equal a death sentence. This strain of Ebola has a death rate currently around 55 percent, and with the misinformation out there, a lot of people in affected areas believe that anyone with the virus will die – when in fact, many people have been successfully treated and released from health centers, allowing them to go back home.

With it much more difficult to contain and with the amount of infected people in Africa, it’s no wonder there are misconceptions about everyone who gets the virus is going to die. It is right to worry that African countries could see a lot of deaths, but again, the death rate is a bit over half. 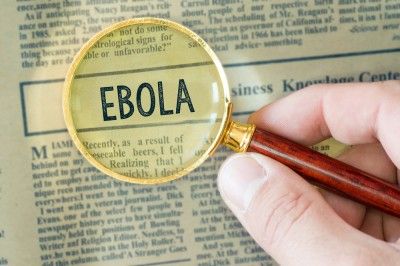 3. Anyone With the Virus Is Contagious

With how quickly the disease has spread, it’s easy to jump to the conclusion that the Ebola virus spreads as fast as the common cold or flu, and that anyone with the virus will pass it along to you. Or that eventually so many people will bring it to other areas of the world that it will cause a world-wide epidemic. But that is extremely unlikely and with the virus not able to spread through the air, it’s not nearly as contagious as everyone thinks.

On top of the fact that Ebola can only be transferred through body fluids and the tissues of infected animals or people, the person who transfers the disease must also be showing symptoms in order to be contagious. It can take a while once you get the virus to get sick and show symptoms, so if someone has the virus but is not yet symptomatic, you aren’t at risk. 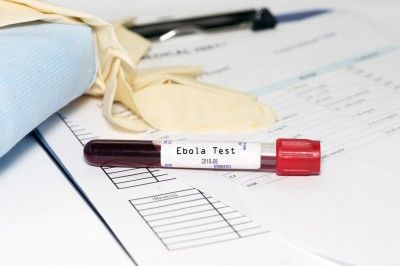 4. Someone Infected In North America Will Lead to A World-Wide Epidemic

When viruses and diseases take lives, people get scared. That fear can lead to misconceptions about viruses, including what would happen if someone infected was brought to North America to be treated. This fear was tested and lead to a lot of panic in North America when when the first infected person was brought into the United States. But one of the most significant reasons why the Ebola virus has spread uncontrollably and is hard to contain in West Africa is because of the much lower level of health care and preventative measures available there.

Developed countries around the world have hospitals, clinics and medical centers that follow strict health protocols to contain viruses. Even many airborne viruses can be contained much, much easier than undeveloped countries – what might be a bit difficult to contain in North America could be next to impossible to contain in Africa or other countries that don’t have a good health care system. So at this point, there is no reason to believe that Ebola is going to infect and take the lives of millions of people world-wide. 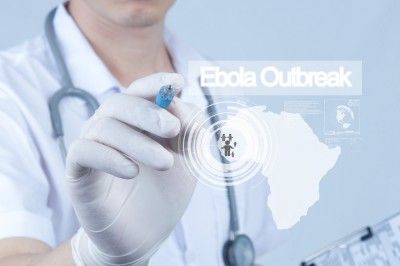 5. Being Around Someone Infected Is High Risk

Again, because of how quickly the virus has spread this time around, your first reaction may be that being around someone with Ebola is considered high risk, when in fact, it’s quite a low risk. This stems from the fact that Ebola can only be contracted through bodily fluids, so simply hanging out or being in the presence of someone infected doesn’t put you at much of a risk to contracting the virus. So many myths circle back to how easily (or not, in this case) the virus can be spread from person to person.

You should also consider the fact that people who aren’t showing symptoms aren’t even contagious. This is just another layer that debunks the misconception that being in the presence of someone with the virus is a dangerous risk. Of course, anyone with Ebola should ideally be receiving treatment in order to contain it, but if not, spending time with someone who has the virus is a fairly low risk. 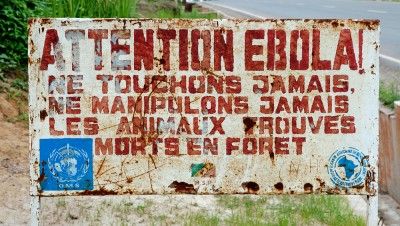 6. Ebola Can Be Found In Fruit

A similar misconception as Ebola being an airborne virus, it’s commonly thought that the virus can live in certain foods and that you can contract it through these foods. There’s been rumors about avoiding certain fruit, like mangoes, when there isn’t any evidence or reason to do so. Technically if an infected bat had taken a bite of a fruit and then you ate that fruit, the virus could spread to you. But other than that, there hasn’t been any warning about specific fruit and veggies being a source to transfer and spread the virus.

When it comes to meat, the World Health Organization says that properly cooked food completely destroys the virus. Though it’s encouraged that people avoid eating animals that have been infected, just to be completely safe. From this fear and misconception, food prices have soared in West Africa, taking an economic toll on top of the already devastating health impact. 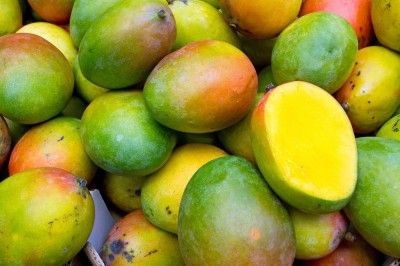 There are a lot of viruses out there that people think can be cured by antibiotics, when in fact, there’s very few viruses that can even be treated this way – antibiotics cure bacterial infections, not typically viral infections. And to top it off, there isn’t a vaccine to prevent you from getting Ebola, should you contract it through body fluids of an infected and symptomatic person. That said, while Ebola has devastated West Africa, North American health care can better effectively treat people with the virus and contain it. Two Americans being treated for the virus were recently released from a Minnesota facility.

For viruses like Ebola, the best treatment is through prevention – having access to a good medical facility, following health and safety measures when treating infected patients (such as proper protective wear and clean medical instruments) are two of the best ways to prevent the disease from spreading. 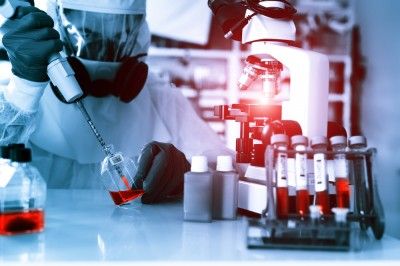 8. Ebola Victims Die By Bleeding Out Of Their Orifices

When you think of Ebola, a frightening image of someone bleeding out of their eyes might run through your head. (If it doesn’t, you’re about to get a visual). It is true that some Ebola victims bleed from their eyes, nose, ears, and mouths, but it only happens to about 20 percent of them, and they don’t die because of it. That distinction, that the bleeding from orifices doesn’t kill you, is what people commonly misunderstand.

Ebola attacks your vital organs and weakens your blood vessels, sometimes resulting in bleeding externally through various orifices. Sometimes the person infected will also have blood leak into the whites of their eyes. Another frightening symptom is bleeding under the skin, which can cause something like a rash all over their body. A patient experiencing bleeding through anything at the time of death can be gruesome, but it’s definitely not the cause. 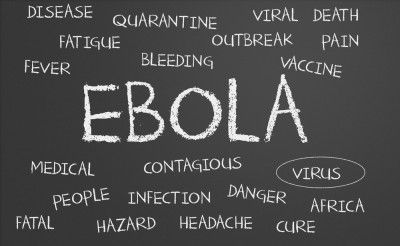 9. The Disease Is For the Government To Make Money

One of the most challenging difficulties in containing the virus and convincing those in infected areas that the Ebola virus is infecting and killing people, is the myth that Ebola is a government conspiracy. While that misconception is not necessarily popular in developed countries – or even, most of the world – the belief that the government is covering up things like organ harvesting is strong in regions the virus is running rampant.

The repercussions of this misconception can be quite serious and can contribute to areas being unable to contain it the virus. How? Many locals in the affected North African communities do not seek treatment because they think it’s a conspiracy. Without treatment and isolation, containment can be next to impossible. And a lot of locals do not believe there’s a disease causing these deaths, resulting in protests in several of the affected countries because of it. 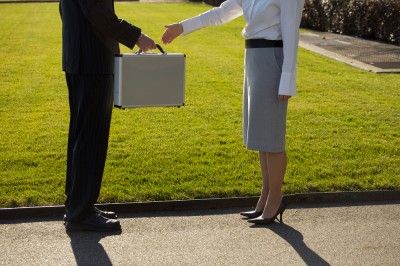 10. The Virus Was Brought By Medical Professionals

Unfortunately, a group of medical professionals were unfairly blamed early on for bringing Ebola to Southeastern Guinea when the virus was first identified. Because of this, locals did not trust the aid workers coming to affected areas who were trying to help. This prevented any chance at initial containment in those areas – though they still would have struggled because of the sub-par medical facilities and lack of certain health measures.

There’s also been some attacks on aid workers by angry and fearful locals. The fear towards aid workers and treatment centers has lessened, but many are still leery and unsure if workers are really there to help or if they are the cause of the widespread virus. Misconceptions about any type of outbreak can be difficult to effectively refute, possibly because of how time sensitive it is to get the right information out there before questions arise and our fear takes over. So try to keep from spreading and believing what you hear or react to your fear, and get the facts from credible sources. 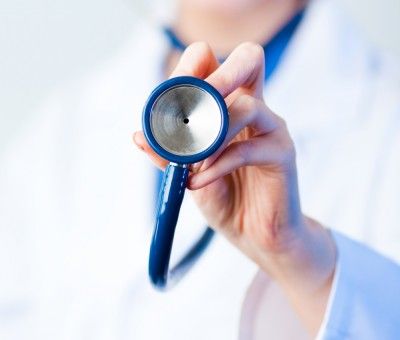