Teens Should Play More than One Sport to Stay Fit: Study 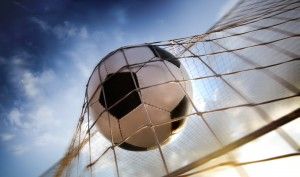 When it comes to fighting obesity, one sport may not be enough for teens, according to new research performed at Dartmouth College. A study found that teens who play two or more sports were less likely to be overweight or obese, compared to teens that play only one sport.

Statistically, researchers found that teens involved with two or more sports teams were 26.1 percent less likely to have weight problems.

Many studies have demonstrated dangers for adolescents who don’t get enough exercise, and a recent Brazilian study concluded that 80 percent of teens are not active enough.

Researchers believe that the rise of video games, electronic and Internet media have contributed significantly to reduced activity levels in children and teens. That study also found that a lack of activity can increase the risk of serious health conditions like heart disease, heart attacks, cancer and diabetes by as much as 30 percent.