Study: Iron Supplements May Ward Off Behavioral Issues in Kids 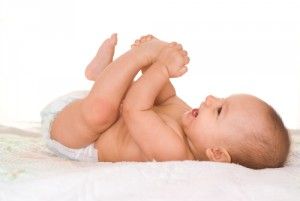 Iron supplements have often been used to help premature babies catch up after experiencing a deficiency due to pre-term labor but researchers are urging doctors and health experts to also focus on babies that are born just shy of a normal weight as they may experience the same health issues if not treated properly right away.

The study suggests that iron supplements may help increase brain development and reduce risk of behavioral problems in babies who are born with a lower birth rate . It also suggests that this information should be applied to helping babies born just below a normal birth weight because they unknowingly may suffer the same behavioral issues if they end up iron deficient.

“I think this further solidifies the evidence that it’s a very good idea to give these (marginally low birth-weight) children iron supplements,” said Dr. Magnus Domellof, from Umea University, who worked on the study.

The Swedish research team followed 285 infants born between 4lbs, 7oz and 5lbs, 8oz. When the babies turned six weeks old, they were split into two groups: one group received iron drops while the other received iron-free placebo drops. Each baby was given one drop each day until their six month birthday.

When the kids turned three and a half, the team re-evaluated them using IQ tests and parental reviews of their behavioral issues. The researchers also compared the children in the study to an additional 95 children who were born at a normal weight.

The results revealed no IQ differences between any of the groups. All three groups had average scores, according to the study. However, the babies in the placebo-drop group had a significantly higher rate of behavioral issues. These issues includes difficulties managing emotional reactions, anxiety, depression, sleep problems  and attention problems.

“The issue with these marginally low birth-weight infants is, people really haven’t paid a lot of attention to them, but the evidence is accumulating that they are at risk for behavioral problems and less than ideal cognitive function,” said Dr. Betsy Lozoff, who studies the effects of iron deficiency in infants at the University of Michigan in Ann Arbor.