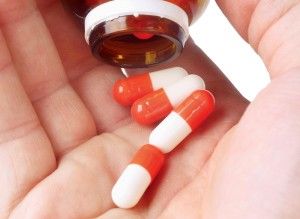 A new study suggests that the early use of antibiotics may be linked to an increased risk of inflammatory bowel disease (IBD).

It has previously been widely reported that the rate of children suffering from IBD, a catch-all term that covers a range of serious intestinal conditions such as Crohn’s disease and ulcerative colitis, has increased by 100% over the last ten years.

Now, researchers are suggesting that the overuse of antibiotics may be responsible.

For the study, researchers looked at the data of over one million children enrolled in a UK health registry, including almost 750 with IBD.

While there was also a link found between antibiotic exposure and IBD risk in older kids and teens, the risk was not as high. However, the more antibiotics prescribed during childhood and adolescence, the higher the risk.

Extrapolating from the research results, the team estimated that there are 1,700 cases of IBD in children and teens per year that are related to the use of antibiotics.

Researcher Dr. Theoklis E. Zaoutis of the Children’s Hospital in Philadelphia said that while the study results point to a link between antibiotic use and IBD, the data is not sufficient to establish a cause-and-effect relationship.

Commenting on the findings, Dr. Ilseung Cho of NYU’s Langone Medical Center said that the study highlights the fact that it is critical to prescribe antibiotics only when they are needed, adding that both physicians and parents need to take responsibility for ensuring the safe use of antibiotics in the treatment of children.