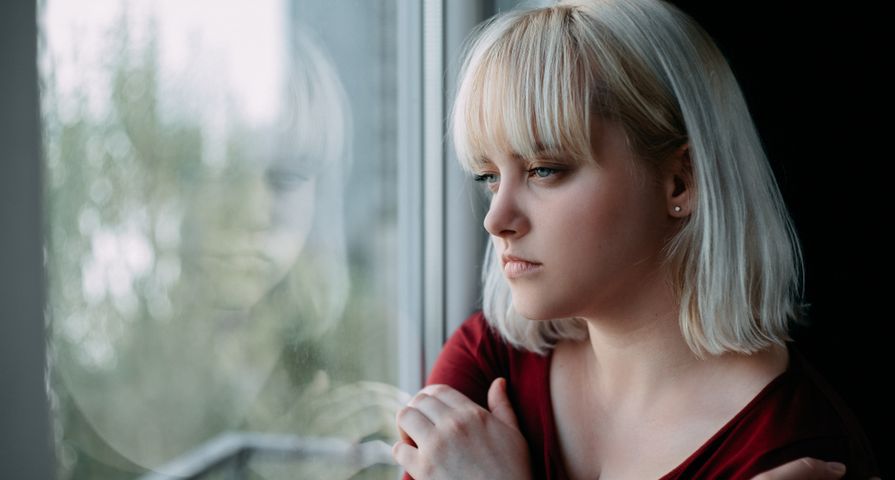 Schizophrenia affects approximately 2.7-million Americans, the majority of which start showing signs in their teen years. In the early stages, schizophrenia often goes undiagnosed. This is due to the fact that this condition can sometimes appear with symptoms that would be considered “common adolescent behaviors,” such as fatigue, personality changes, and even hostility.

While there are many early warning signs for schizophrenia, keep in mind that it’s the presence of multiple behaviors (not just a few) that indicate a mental health condition. So, just because your teenager is being moody for a few days, it doesn’t necessarily mean they’re schizophrenic. A diagnosis requires much more than that. If you’re concerned about a teen’s mental health, the first step would be to consult a healthcare professional.

In the meantime, here are some warning signs to be way of…

Social withdrawal and isolation is common in those suffering from schizophrenia. For example, a once social and friendly kid may suddenly seek isolation and become very suspicious and paranoid of the intentions of others.

Another common sign of schizophrenia is a lack of emotions, which is referred to as a “flat affect.” However, you can understand how you may shrug this off as a typical apathetic teenage response. The individual may be unable to express feelings of joy, be totally unable to cry, or they may experience the opposite, where they can’t stop crying or laughing uncontrollably. Their whole demeanor may appear indifferent in what would be a normally stressful or emotional situation, even their gaze may be expressionless when asked a question or for an opinion.

A good way to differentiate whether a teenager is simply being a teenager or there’s something more serious going on is by gauging their reaction (or lack thereof). Teenagers are known for being moody and easily agitated. But if all you’re getting is a vacant unblinking response, one that cannot be mistaken for them simply not hearing you, then it could be cause for suspicion. In addition to having a lack of emotion, they might showcase inappropriate responses such as laughing during a sad movie, says WebMD.

It’s common for those experiencing the early stages of schizophrenia to be unable to sleep through the night. In fact, you may find them up reading, watching television, or on the computer at all hours of the night, because they are frustrated and cannot sleep. This insomnia will lead to excessive fatigue, an inability to focus, and can lead to a sudden apathetic attitude about life in general.

Any shift in basic personality may come on suddenly, particularly when it comes to showing hostility to figures of authority (i.e., teachers, parents, and bosses). This may result from the frustration they have being unable to concentrate or cope, even with seemingly minor tasks and problems. And it may cause sudden anger (and even violent) outbursts.

Another very telling symptom of a mental health problem is the swift decline and neglect of basic personal hygiene. You may, again, shrug this off as typical teenage behavior, but it can seem strange at a time when your teen’s hormones are raging. Neglecting basic hygiene, such as not brushing teeth, wearing the same dirty clothes day after day, and refusing to shower, can indicate an underlying mental health issue.

Along with an intense demand to be alone, a teen may abandon strong social relationships and long-standing activities. For instance, they may show no interest in hanging out with old friends or engaging in sports activities or hobbies they’ve been doing for years. A normally straight A student may suddenly lack academic interest as well. The reasons for this is because schizophrenic patients often have trouble making friends or reading social cues in others, says WebMD. They’re also known for being extremely isolated.

7. Sensitive to Noise and Light

An unusual and sudden sensitivity to environmental stimuli, such as loud noises, intense light, and even colors, may indicate an underlying mental health problem. For instance, constant loud noises (such as crowds) may cause a person with schizophrenia to become agitated or completely shut down.

A person who’s schizophrenic may also be suddenly prone to self-harm. For instance, they may start hitchhiking or taking foolish risks with drug and alcohol use. Schizophrenics are also prone to irrationally changing their appearances (i.e., shaving their heads) as well as self-harm (i.e., cutting or making threats to self mutilate).

Another common early warning sign of schizophrenia is escapism, meaning your teen may disappear for long periods of time without explanation, particularly following a conflict. They may also run away or move frequently as a means of escape.

Many schizophrenic patients show signs of withdrawal at any sign of human physical contact—either refusing to touch other people or recoiling if others try to touch them. It may become so intense that they actually wrap their hands with paper or gloves and refuse to remove them.

WebMD lists many noticeable changes in behavior (some of which have already been mentioned, including lack of hygiene and decline in social relationships), including “awkward or unusual movements of the face or body” as part of the most common symptoms of schizophrenia. The National Institute of Mental Health calls this a “movement disorder” which can also be described as agitated body movements.

The Mayo Clinic explains that this abnormal behavior can include drastic changes in mood, “from childlike silliness to unpredictable agitation. Behavior isn’t focused on a goal, so it’s hard to do tasks. Behavior can include resistance to instructions, inappropriate or bizarre posture, a complete lack of response, or useless and excessive movement.” These fall into the category of what’s known as “negative symptoms,” which refer to any symptoms that impact their ability to function normally.

A major distinguishing factor when it comes to diagnosing schizophrenia is whether the patient is experiencing delusions and hallucinations. Delusions are extremely common in people with schizophrenia. According to the National Institute of Mental Health, these symptoms are called “positive symptoms” which are psychotic behaviors (such as delusions, hallucinations, thought disorders, and movement disorders) that would not occur in the average healthy person.

Part of these delusions is extreme paranoia, explains WebMD. For example, they’ll think people are after them or talking about them. They might believe they have an exceptional ability that will make them famous or even that a major catastrophe is going to happen. What makes it worse is that they can even confuse TV and dreams with reality. The important thing to remember is that these are false and not based in reality.

Hallucinations are quite similar to delusions and often go hand in hand. Similar to delusions, these visions are not based in reality. While they seem extremely real to the person who’s experiencing them, they are a result of their brain playing tricks on them. HelpGuide.org also notes that these hallucinations can affect any of their five sensory, but auditory hallucinations (i.e., hearing voices) are the most common.

“These usually involve seeing or hearing things that don’t exist. Yet for the person with schizophrenia, they have the full force and impact of a normal experience. Hallucinations can be in any of the senses, but hearing voices is the most common hallucination,” says Mayo Clinic.

This one might be hard to recognize from an outside perspective, because it’s much more internalized than some of the other symptoms on this list. A teenager who’s beginning to show signs of schizophrenia will experience a change in their thought process. For example, they’ll have trouble concentrating on one particular thing or even following a single train of thought. The best way to notice this might be by talking to their teacher or just by checking their grades in school. It could even be noticeable during a conversation because they’ll bounce from topic to topic.

In addition to being unable to concentrate, WebMD notes they might be dwelling unreasonably on the past and experiencing “strange ideas that may not make sense (for example, thinking that parents are stealing things or that an evil spirit possess him or her).” They might also begin talking to themselves, randomly bouncing from topic to topic, or even use speech that others cannot understand (i.e., gibberish). On top of all this, they’ll most likely have an issue with their short-term memory, especially when it comes to processing information.