Signs That Your Child Has Whooping Cough 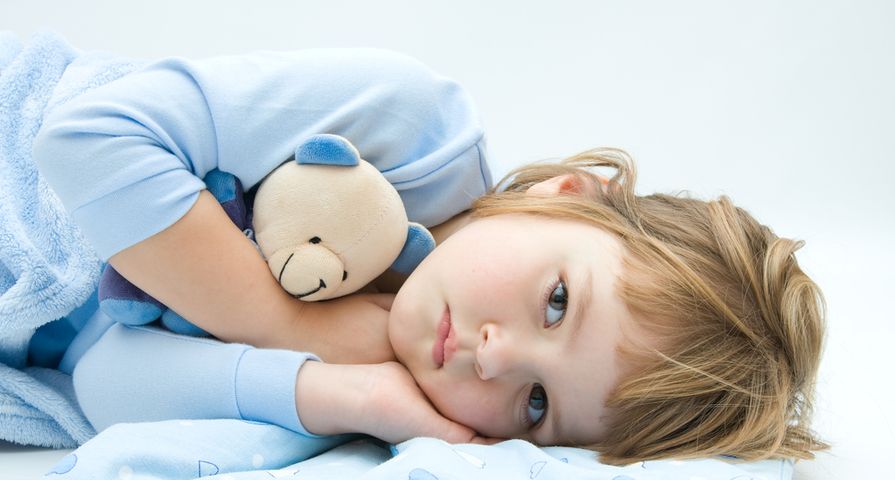 Whooping cough (known clinically as pertussis) is caused by a bacterial infection of the respiratory system. Early symptoms mimic the common cold, but severe coughing spells and raspy breathing that makes a “whooping” sound are the most telltale symptoms.

Whooping cough was once responsible for the deaths of approximately 10,000 children each year. Luckily, today a vaccine is available and children can be immunized starting at 2-months of age and continue until the child is about 5- or 6-years-old. However, older children, teens, and adults can be at risk if their immunizations fade.

Here are eight signs that your child may have whooping cough…

The earliest sign of whooping cough begins approximately 10-days after typical cold-like symptoms, including sneezing, watery eyes, fatigue, muscle stiffness, and loss of appetite. Your child could experience other cold symptoms, such as a mild fever and mild cough. The thick mucus that develops from whooping cough can make it difficult to eat and drink, so your child may seem uninterested in eating. But, although it may seem like a side effect of a cold when your child doesn’t eat or drink anything, it can actually be a sign of whooping cough.

Because many of the signs of whooping cough mimic those of the common cold, it can be easy to pass it off as nothing serious and let it run its course. Adults may also get whooping cough. And it’s even more common to assume it’s a cold, because their symptoms of the infection may not be the same symptoms as a child’s.

In about 10- to 14-days, the infected child will develop a more severe cough with a telltale “whooping” sound, and the coughing fits can last for longer than a minute. The sound follows each cough with each deep breath following a coughing episode. Whooping cough is highly contagious, and the accompanying cough is extremely serious (and dangerous). With how much and how often the coughing can occur, it can spread easily to other children and adults.

Whooping cough can be so severe that it causes the child to throw up, because they were coughing so hard or burst blood vessels in their eyes. Babies that have the cough will typically present the whooping sound as they gasp for breath and try to regulate their breathing, but young babies might not display this symptom. Newborns and young babies might not even cough – they may gag or stop breathing instead, a scary possibility that is discussed further in this article.

A mild fever typically develops along with the other symptoms of whooping cough during the first few weeks of infection. The low fever usually occurs when other cold-like symptoms are present, and most parents would think their child has a common cold. At this early time when symptoms are mild, the infected child is the most contagious. When it comes to fevers caused by whooping cough, they aren’t likely to be more than mild – as the cough worsens, the fever typically doesn’t. The fever shouldn’t spike but if it does, you should seek medical attention.

The number of whooping cough cases is much lower than in the past, because there is a vaccination to prevent children and adults from catching the respiratory virus. In fact, in a lot of cases, children contract the virus before they’ve been able to receive the full set of vaccinations, which can’t be completed until they’re almost 6-years-old. So, it’s important you and the rest of your family is vaccinated, because while it might not make you sick, it’s highly contagious and could make an unprotected child sick.

Along with a stubborn, painful cough, whooping cough causes large amounts of clear, thick and sticky phlegm in the chest and nostrils. If a baby or infant swallows it or becomes too congested, vomiting or choking can occur in efforts to clear the airways. The sinus congestion usually begins within the first two weeks of getting the virus. That said, in these early stages, a child could display both symptoms of congestion and a runny nose.

As whooping cough develops and moves past the first few weeks of mild symptoms, the danger to your child increases. If your child has whooping cough, given that it’s highly contagious, you should not bring them to daycare or to interact with other children who are susceptible. It’s also important to note that it’s especially important for pregnant women to get the vaccination because they could infect their unborn baby if they aren’t protected.

Bouts of sudden, severe coughing with whooping cough can cause flushed cheeks from the inconsistent ability to breathe properly and the tensing of the body. It’s also common to see a complexion that’s pale or bluish when they’re coughing due to the lack of oxygen and congestion. With whooping cough, you could even see red marks that look like dots on your child’s face. These spots are from blood vessels bursting from the force of their cough.

Flushed cheeks and especially burst blood vessels can be signs your child is extremely sick from whooping cough, and you should keep a close eye on all of the symptoms so you know when you your child should see a doctor. If your child has trouble breathing, you should see your doctor, or in cases of emergency, bring your child straight to the hospital or call an ambulance.

The respiratory infection that causes whooping cough often results in severe nasal and chest congestion, accompanied by sneezing, and red, irritated, and watery eyes. And sometimes children can cough so hard and so often that you’ll see red spots in one or both of their eyes from burst blood vessels. Watery eyes on their own aren’t necessarily a severe symptom, but the red spots from blood vessels bursting can be a sign that the coughing fits are extremely severe.

Whooping cough is really hard on children, both physically and emotionally. Young children can be irritated and cry a lot since they don’t understand what’s wrong, while older children can be hard to keep under control and don’t understand why they can’t go out and play. This stems from the fact that a lot of children who have whooping cough feel completely fine between coughing fits. But because whooping cough is extremely contagious, you can’t allow them to go to daycare or play with other children until it isn’t considered contagious.

It’s very common for babies and small children to become physically exhausted from the effort it takes to cough. And they’re already likely to be tired from dealing with the first few weeks of cold-like symptoms. A round of whooping cough can be so physically demanding that a sick child is fully drained of energy following a coughing fit. Then, depending on how often they’re coughing, they won’t get much of a break to build up energy between. As adults, we know how hard it is to deal with a respiratory infection that keeps us coughing all day. But children with whooping cough have to endure much more severe coughing that can stick around for a couple months.

What makes this even more difficult to handle is that the coughing will often keep your child awake at night, wake him or her up throughout the night, or prevent them from getting their much needed naptime (if they’re still used to napping). The broken sleep schedule just adds to the ongoing exhaustion.

One of the most frightening symptoms of whooping cough is apnea, where breathing stops for short and long periods of time during coughing bouts, but returns to normal afterwards. This can be particularly scary with a baby’s coughing spell, and unfortunately, it most commonly occurs in infants. According to the Centers for Disease Control and Prevention (CDC), whooping cough is most dangerous in babies, and there’s about a 50-percent chance that children under 1-years-old will require hospitalization for a portion of time the infection. The CDC also highlights that children who have had vaccination have a lower chance of experiencing apnea, discoloration of the face, and vomiting from coughing so hard.

Although it is hard to diagnose whooping cough in its early stages, the earlier you diagnose it the better. There are some antibiotics that may help lessen the severity of the symptoms and stop it from being contagious much earlier than the standard few weeks.