What to Know About Roseola 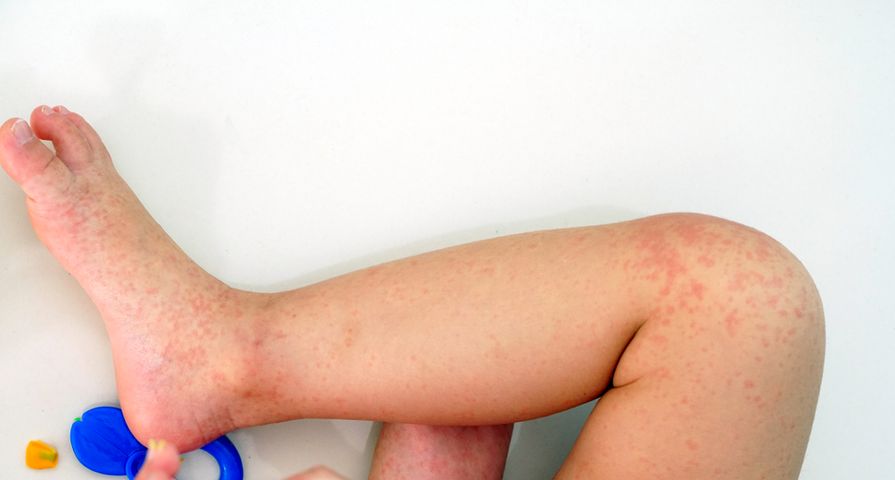 If you’re a new parent, you should know a few things about roseola, a contagious disease that’s not uncommon in children aged six months to roughly two years. And while it’s rare for adults to acquire roseola, it is possible, particularly if they didn’t have it when they were very young.

In most cases, roseola will result in a high fever for about a week and irritating rash in the period that follows. Generally speaking, roseola is not particularly serious or life threatening; that said, the parents of children with roseola should take their child to see a physician, just to be safe.

The first and most prominent symptom of roseola is a sharp spike in body temperature. This high fever can last for anywhere from a few days to roughly a week. This can leave a child aged six months to two years uncomfortable and fussy. Other symptoms accompanying a high fever include eye swelling, ear pain, reduced appetite, cough, sore throat, and limited appetite. Seizures are also possible, though rare; should this occur, contact a doctor immediately.

Once the fever breaks, it’s usually followed (within about a day) by an uncomfortable skin rash that may be flat or raised across the skin. This rash may emerge anywhere on the child’s body, but is typically found on the abdomen. From there, it may spread to the face, arms and even legs. The good news is that the emergence of a rash signals that the virus is nearing the end of its course through the body. Finally, it’s worth noting that a roseola infection can take hold without many — or even any — of the symptoms named above.

Roseola is often confused with measles because both conditions include the emergence of a skin rash that can spread to many parts of the body, particularly in children. However, at their core these two conditions are very different and pose unique threats to the health of a child.

Superficially, a measles-related rash tends to appear reddish-brown, unlike the pinkish rash of the roseola virus. Additionally, while the roseola rash tends to emerge on the abdomen and work its way upwards to the arms and face, the measles rash typically starts on the face and moves down across the body. Finally, and perhaps most importantly, the emergence of a rash signals the beginning of roseola final stage, when the afflicted will start to feel better, while a measles rash does not indicate the problem is nearing its end.

It can be two weeks between initial infection and the emergence of symptoms like high fever, irritability, cough, and sore throat. This extensive incubation period can make it difficult to determine how an individual acquired the virus in the first place. It also means that a child can quickly and easily spread the infection to others, including children and adults who have not yet acquired roseola.  Finally, it’s worth noting that roseola is no more likely to emerge during the cold months than any other time of the year.

Although roseola is most often associated with children aged six months to two years, it is possible for an adult to become infected with the virus, particularly if they did not acquire the virus when they were young.

The good news for adults is that the virus, if acquired during adulthood, typically comes with far less serious symptoms; in other words, the fever, rash, cough, sore throat, and general irritability often seen in young children will be much less severe. However, adults with roseola can spread the virus to others, including children, so they should restrict contact with others until given the all clear from their family doctor.

When to Get Help

Parents should contact a doctor if their child’s fever goes above 103 degrees Fahrenheit (or 39.4 degrees Celsius); if the fever doesn’t break after a week; if the rash that emerges lasts more than three days; if the child fails to shake other symptoms — such as sore throat, cough, diarrhea, or upset stomach — within a week or so. Other red flags include extensive sleepiness, absent appetite, or refusal to drink fluids. Perhaps the most important sign that it’s time to see a doctor is the emergence of seizures, which can accompany a roseola infection.

A physician contacted about a possible roseola infection will begin their examination by taking a child’s temperature. They may also move on to examining accompanying symptoms, including sore throat and cough. Should the rash have emerged by this point, a physician will examine the extent of its spread and its impact on the skin. If the physician determines that the roseola infection is under control — and that more serious symptoms like seizure are unlikely to occur — they may not prescribe any particular treatment; in fact, in most cases of mild or moderate roseola, the only treatment is rest.

Antibiotics are not prescribed because the illness is caused by a virus rather than bacteria. That said, a physician may recommend a parent treat the symptoms of roseola with over-the-counter medications like acetaminophen or ibuprofen; if this is the case, parents should search out child versions of these drugs. Gentle skin care is often recommended, and for severe symptoms such as itch, your dermatologist can prescribe topical steroids to use as needed.

Children with a roseola infection should remain at home and resting during the fever stage, which can last a few days to a week or so. Once this fever breaks, parents should wait about a day before allowing the child to socialize with others and return to normal activities. That said, should other symptoms — such as sore throat, diarrhea, or cough — persist, parents may want to keep their child home and away from others.

It’s important to note that an individual (adult or child) can only spread the roseola virus when they’re feverish and not when the only remaining symptom is the rash that follows. Nevertheless, anyone who spends time with someone recovering from roseola should wash their hands frequently and limit their contact with others.