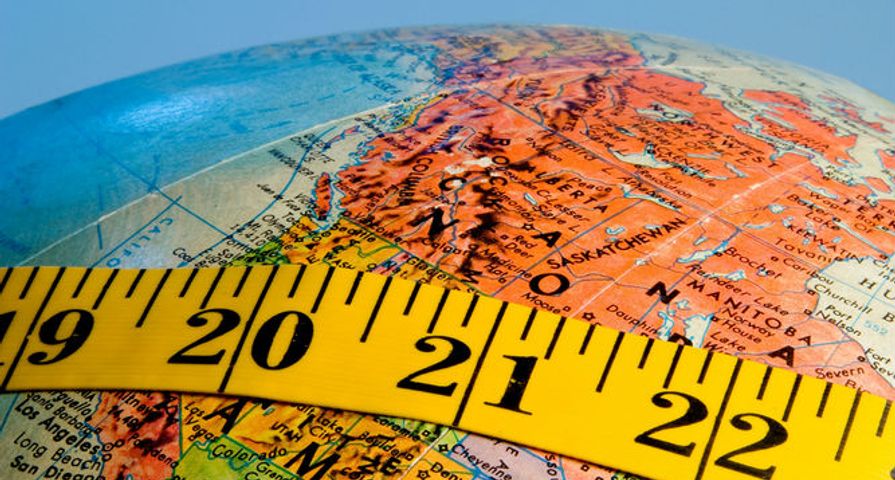 America has a growing problem, and it involves its children—namely, our children are becoming obese at increasing rates. This explosion in obesity has been traced to what the Centers for Disease Control and Prevention (CDC) call a “caloric imbalance”—namely, kids are eating more calories than they’re spending.

Genetic and environmental factors also weigh into the equation, notes the CDC. One thing’s for sure, obesity at any age is not ideal for optimal health, as it can raise the risk of cardiovascular diseases or prediabetes. It’s also attached to social and psychological problems due to body issues and self-esteem. Here are seven stats about youth obesity in North America, in time for Childhood Obesity Awareness Month in September…

1. The Problem is Getting Bigger

The CDC notes that childhood obesity “has more than doubled in children and quadrupled in adolescents in the past 30 years,” which are both alarming figures. These numbers were measured with children as young as 6-years old to 11, and adolescents/teens aged 12 to 19.

2. It is Steadily Increasing Each Year

Time magazine notes that a study looking at childhood obesity from 1999 to 2014 showed there have been gains each year. While the least obese group grew from 14.6-percent to 17.4 percent during this time, the most at-risk group (most obese) with BMI readings of 40 or higher increased from 0.9-percent to 2.4-percent.

This trend is particularly concerning as there have been public education campaigns warning about the health risks of obesity, the article points out. While some ingredients in foods (such as trans fats) that can lead to weight gain have been regulated, “more coordination between doctors in the health care system and communities so that a child’s environment is more conducive to healthy living” is needed.

A Reuters article from 2013 explains that the habits of younger males and females may contribute to obesity risk. Boys that play sports were found to be less at risk for being obese (but not girls), according to a study cited in the article, while drinking milk lowered risk for females (but not males).

Identifying obesity risks by gender can help tailor specific programs to curb weight gain more effectively, notes the article. The study was based on findings from 1,714 6th-Grade students in Ann Arbour, Michigan. Of this group, 18-percent of the boys were obese, compared to 16-percent of the girls.

StateofObesity.org released a special report focusing on the Latino community in the U.S. that showed 22.4-percent of Latino children aged 2-19 are obese, compared to 14.3-percent of white children. This includes more cases of severe obesity based on BMI scales, adds the source.

The reason for this, according to the article, is from lack of affordable healthy food. “Nearly one in four Latino households are considered food insecure,” notes the source, explaining this means money limits food choices. StateofObesity.org shows that while Latino children have the highest obesity prevalence, blacks have the highest prevalence among adults.

The CDC notes that a college degree in adults can reduce the risk of obesity in their children. The source explains that “overall” prevalence of obesity in children with a parent who had completed college was about half of those who didn’t complete high school.

It adds that among non-Hispanic whites children, it remains true that the lowest prevalence of obesity is tied to parents with college diplomas. However, the same is not true for non-Hispanic blacks, although there’s no explanation as to why.

Even preschoolers are not safe from obesity; the CDC also lays out statistics that show prevalence of obesity in the 2-4 age group was highest among low incomes families with an income-to-poverty ratio of 100-percent or less (below 100 constitutes living in poverty).

The rate of obesity in each group ranges from 14.5-percent for families with a 51-100 income-to-poverty ratio, down to 11.8-percent among families with a ratio of 151-185. Interestingly, the lowest income group – with a ratio of 50 or less – was not the group with the most obese young children (14.2-percent). The good news is that between 2008 and 2011, obesity rates actually dropped among low-income preschooler families in many states.

America’s closest neighbour to the north, Canada, is also struggling with its weight. A 2015 report from Statistics Canada explains the prevalence of childhood obesity in the country has steadily risen since the 1970’s.

Using guidelines from the World Health Organization, it was determined that 31.5-percent of 5-17 year olds (around 1.6 million people) were classified as overweight or obese in 2009 to 2011. Boys in the 5-11 age group had triple the cases of obesity than girls, added the government source.