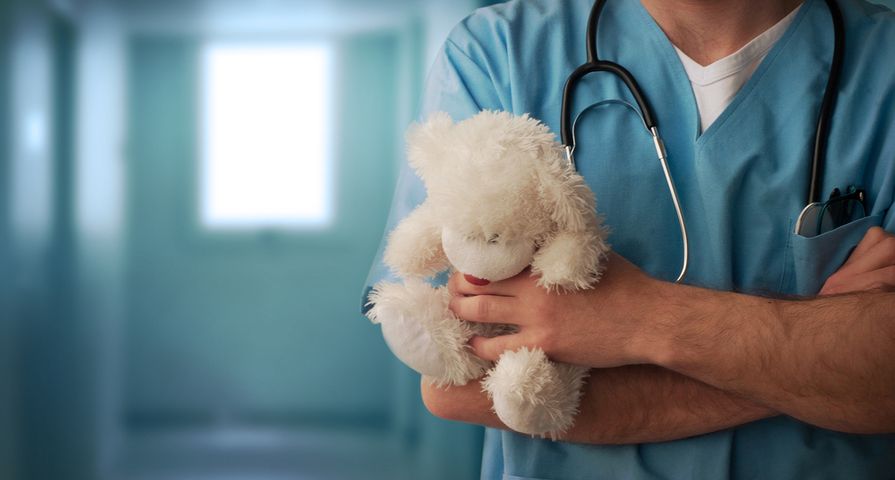 It’s almost unimaginable to think about a child that is battling cancer, but it happens more often than you may think. In fact, according to the American Childhood Cancer Organization (ACCO), almost 16,000 people under the age of 21 in the U.S. are diagnosed with cancer each year.

What is perhaps more alarming is that up to 1-quarter of those affected will not survive, according to the organization—a sad reality for many families. However, early detection and awareness are keys to winning the battle, which is an aim of Childhood Cancer Awareness Month in September. In the spirit of that, here are seven facts about the juvenile disease…

1. Blood Cancers are the Most Common Among Children

The American Cancer Society (ACS) lists leukemia (cancer of the blood or bone marrow) among the biggest killers of young people. It occurs in about 1 of 3-cases of childhood and teen cancers, according to the ACS.

Most cases of leukemia are called acute lymphocytic leukemia, which can strike in children aged two and even younger. It starts from the bone marrow where blood cells are created, and can “invade the blood fairly quickly,” notes the society. Without treatment, this aggressive form of childhood cancer can claim a life within months.

2. Cancer is the Number One Killer of Children

KidsWithCancer.ca notes that cancer is the leading cause of death of children when it comes to diseases. The Canadian organization says that about 1 in 333-children will be diagnosed with the killer disease before the age of 20.

The source adds that childhood cancer “kills more children than all other diseases combined,” and that around a third of kids will not win the fight against the disease. The National Cancer Institute in the U.S. says that around 2,000 children in this country were not expected to survive cancer in 2014.

The bad news, according to the American Cancer Society, is that cases of childhood cancer are ticking upwards in the past few decades. However, at the same time, major advances in the medical field mean kids can live beyond their toddler years.

The society explains that more than 80-percent of young cancer patients will now live to 5-years or more, compared to the mid-70’s when that rate was only around 60-percent. According to Cancer.org, the type of cancer influences the chance of survival, adds the source.

4. Vitamin A Can Help Combat Leukemia

Another form of blood cancer, acute promyelocytic leukemia, can be treated with a prescription drug called ATRA, which is essentially a form of Vitamin A that helps boost immune function, according to the Mayo Clinic.

The clinic said this drug could improve survival rates among patients with this form of cancer. Although it sounds like the patient is just taking a vitamin supplement, it’s more complicated than that; the clinic said that the treatment should be given under “strict medical supervision” and not be combined with other forms of Vitamin A. The treatment is not approved for children under 1-year old.

While it’s great news that kids are now living longer thanks to new advances in child cancer treatment, you and your family should be prepared for any aftershocks of the disease after it’s cured. While most side effects happen right after treatment ends, according to the American Cancer Society, some are delayed and referred to as “late effects”.

This is why it’s important to maintain contact with a medical professional to examine post-cancer patients as they grow, notes the source. As an example, a late effect from chemotherapy could include improper development due to damaged cells. Generally, radiation therapy is avoided for children under three with brain cancer to avoid any long-term brain damage, but in some cases there’s no choice. Developmental delays can occur as a result, especially when combined with chemotherapy.

6. Childhood Cancer could be Linked to ‘Tolerance’

According to TheTruthAboutCancer.com, a child’s immune system depends on a couple of factors to be healthy. It breaks down immune response into “innate” and “acquired,” the latter being when the body builds up responses through exposure.

The source notes that a lack of tolerance can make a person develop allergies to common things like animal hair. This allergic response can lead to inflammation, which can result in “drastic” treatments that can lead to bigger problems down the road including cancer. It may sound a bit far-fetched—and exactly how common this would happen is not fully explained.

7. Cancer can be Mistaken for Lesser Illnesses

KidsHealth.org notes that a doctor can usually spot cancer during a routine checkup, but not realize what they’ve actually found. This is because early cancer symptoms can mimic other childhood illnesses and show up as fever, swollen glands, and even bruising.

The source notes that a doctor (and even a parent) may not suspect anything too serious if the symptoms seem to be from a common ailment. However, it’s always a good idea to return to the doctor if symptoms persist, as early treatment is key. “It’s important for parents to seek help from a medical center that specializes in pediatric oncology,” adds the article.