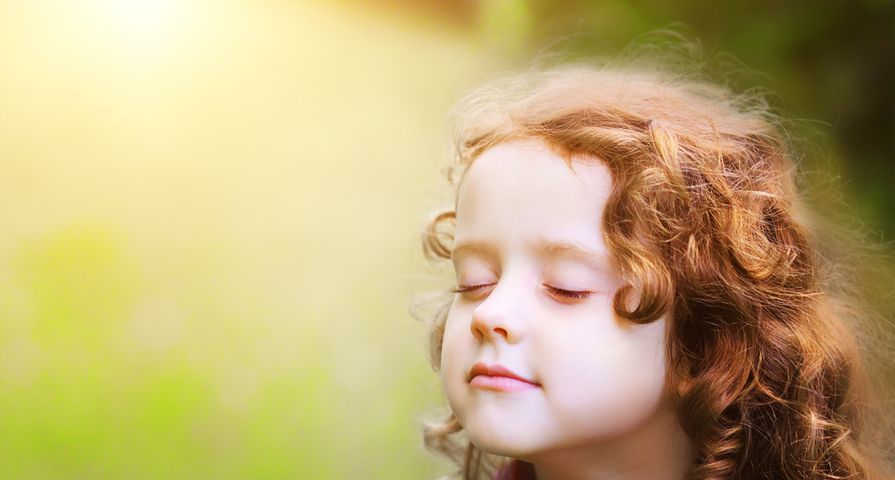 You may have some gut feelings about what’s affecting your child’s behavior, but it turns out what’s in your child’s gut can actually be the answer. Diet can affect your child’s gut flora, which can lead to behavioral changes (but keep in mind that toddlers are still toddlers, and will act accordingly).

It is increasingly being proved that there is a strong connection between the belly and the brain (through the Vagus nerve), and this holds true for kids as well (especially boys, according to PsychCentral). Here are six ways the food your child is eating may be causing that tantrum to be a little more intense…

An article from Fatherly.com notes that sugar can affect a certain microbiome in your child’s gut, leading to hyperactivity. The offshoot is that meanwhile, “chemicals that aren’t favorable to brain health” are being produced, adds the source.

This can lead to mood swings. “One food that is indisputably the king of crankiness is sugar,” explains the article. There’s nothing like having a child that’s hopped up on sugar and also cranky at the same time. Common mistakes like giving children sugar-laden yogurt for a dose of probiotics has good intentions but can make the problem worse, it adds.

We define extroversion as a personality trait in kids that makes them enjoy being around other people, especially kids (and play nice with them for the most part). The same article from PsychCentral that tells us boys are more affected by their gut flora tells us that it could lead to them being more outgoing.

Apparently having more “genetically diverse types of gut bacteria” leads to more sociability for kids, notes the article, which adds a study found that an abundance of microbes in boys from the Rikenellaceae and Ruminococcaceae families (as well as Dialister and Parabacteroides genera) leads to more extroverted personality traits.

It may seem like something called “psychobiotics” will have a negative impact on behavior, but that’s not the case, according to Hyperbiotics.com. Probiotics founds in many foods are generally good, but there is a subgroup called psychobiotics that can actually have calming properties, according to the source.

Psychobiotics “are actually live microbes in the human body that have a beneficial, psychoactive (affecting the mind) effect on our mental state,” notes the source. However, it appears researchers are still figuring out which probiotic sources are the best for psychobiotics.

Fatherly.com also notes that gluten sensitivity may be apparent from your child’s behavior. A doctor cited in the article said they took gluten out of their child’s diet, “and within a week his behavior changed.”

The same post notes that “gluten and dairy produce morphine-like substances that go to the brain, and it dumbfounds the brain.” This can lead to a “doped-up” feeling (as the source puts it). So if your child is often glassy-eyed and sluggish, perhaps look into gluten (wheat) sensitivity.

The popular Canadian magazine Maclean’s focuses on the human microbiome (the network of microorganisms in the body, including the intestines) and the associated risk of health problems later in life.

Worth noting in particular is that children that are too sheltered may not develop the right gut flora to resist disease. “Early-life exposure to bacteria and microbes is quite protective,” notes the article. It explains that being born into a larger family or being raised on a farm can boost immunity. “Don’t be scared of bacteria. Let children crawl around and get messy,” it adds.

A child with autism spectrum disorder may be especially affected by an imbalance in gut flora, notes an article in The Atlantic. The article discusses a child with aggressive, self-harming behavior that baffled medical professionals.

However, the focus of the treatment for the boy changed from the brain to the gut thanks to a pediatric gastroenterologist. Turns out the foods he was eating were causing constipation and other physical issues that were magnifying mental issues. He was treated for gastritis and the behavior improved, much to the relief of the child’s mother, adds the article.