6 Thoughts about Disciplining Other People’s Kids 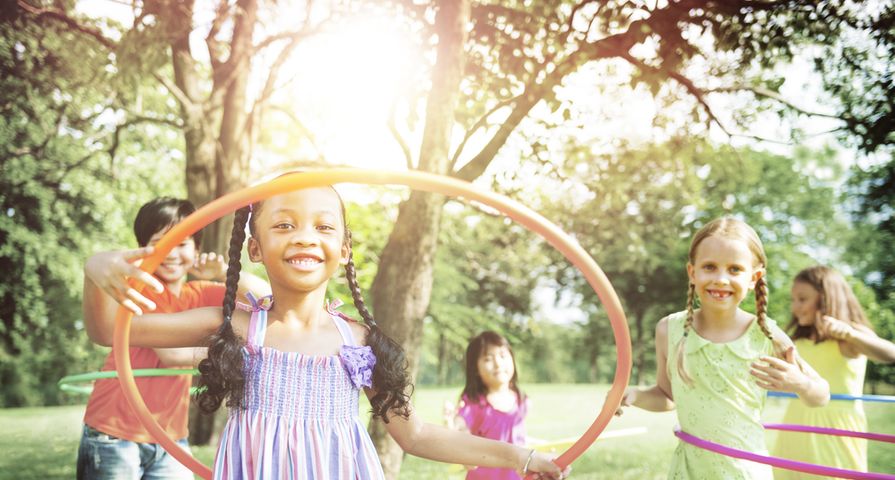 Parenting is a challenge—and it’s hard enough keeping your own toddler in line. But what happens when you’re at an event and another child is misbehaving, perhaps against your own child, and their parents don’t seem to be around?

There can be a sensitive situation because you want the behavior to stop, but you don’t feel you have the authority to discipline the other child. You also don’t want to cause a confrontation with said parent (assuming they’re around… somewhere). Here are six tips to deal with a child when it’s not your own…

Parents.com uses an example where bigger kids than you own are demanding to borrow some drawing chalk from your toddler. Your toddler, being the upstanding and gracious person you’ve raised them to be, hands some over… but then the bigger kids come back for more and won’t take no for an answer.

The source notes in this case, making your presence known is often enough to deter the bad behavior. If you hulking size doesn’t intimidate them, then it’s OK to say something like, “We don’t grab chalk from people,” the site suggests. Put in the context that someone could get hurt from all the grabbing. Failing that, pack up and move on.

2. Remove the Other Child

Sometimes you don’t have the option of picking up your stuff and moving on with your own child, which is the case at a birthday party, notes PsychCentral.com. If you’re hosting a party for junior, often parents will drop off their own kids and come back for them near the end.

That’s all fine and dandy, but what if one of those kids tries to be a party pooper (well, not literally). If one of the guests is acting up and is not listening to reason, you should have the authority to remove them from the group, according to the source. This would be a good time to explain why they were removed, and that the sort of behavior they’re exhibiting is not welcome in your home. If they seem to understand, good—if not, perhaps call their parents and have them picked up early.

BabyCenter.com takes sort of an opposite approach, as in you shouldn’t confront someone else’s child (after all, they’re just little, how could they know they’re making you pull your hair out?). Besides, as the site’s experts point out, kids sometimes step up their devilish behavior when they see they’re aggravating someone (bonus points if it’s an adult).

The source suggests keeping an eye on the situation to ensure any toddler conflicts don’t escalate, and if you do, “Distract them by playing loudly with another toy or breaking into song.” I guess the song choice is up to you, and hey—it’s worth a shot, just to show off some dance moves and your vocal range.

4. Approach the Other Parents

This tactic can sometimes be unavailable, especially if you’re at a busy toddler party and you’re not sure which kid belongs to which parent. But if the parent is nearby, then you might want to “gingerly” approach the parents of the offending rascal to voice concerns, without getting in their faces.

Another approach if you’re not into telling parents their child is being horrible—if you’re on a plane, for example, tell the flight attendant to politely ask a child to calm down or turn down their mobile device, suggests ModernMom.com. If it’s at a public swimming pool, perhaps ask the lifeguard to do your dirty work for you.

While there’s the term “it takes a village to raise a child,” that doesn’t mean every adult has the right to tell a child how they should be behaving. While you might not agree with another parents decision to let their child wear a tube top or play loud music, that doesn’t necessarily mean they’re in the wrong.

An exception, adds ModernMom.com, is if another child’s behavior could put them in danger (or get you in trouble). An example is an older kid who refuses to buckle their seat belt in your car, notes the site. You may also want to keep that kid’s parents in the loop after the fact so they don’t continue the unsafe behavior.

6. Be Willing to Accept Others Disciplining Your Child

If you’re going to dish it out, you have to be able to take it (on behalf of your child). Despite your view that you little one could never be the cause of a disruption, they are a child, and they’re quite capable of doing so should they choose.

There’s a great disciplined-focused post on BabySideburns by someone whose child was disciplined by someone else’s parent. It talks about their child acting up at the playground and knocking a less agile kid from the monkey bars. The less agile kid’s parent spoke up about it, telling the author’s child to “knock it off”. While you’re expecting a rant, the author ends up thanking that other parent for preventing her child from acting like a jerk.