6 Things to Know About Infant and Toddler Sleep Regressions 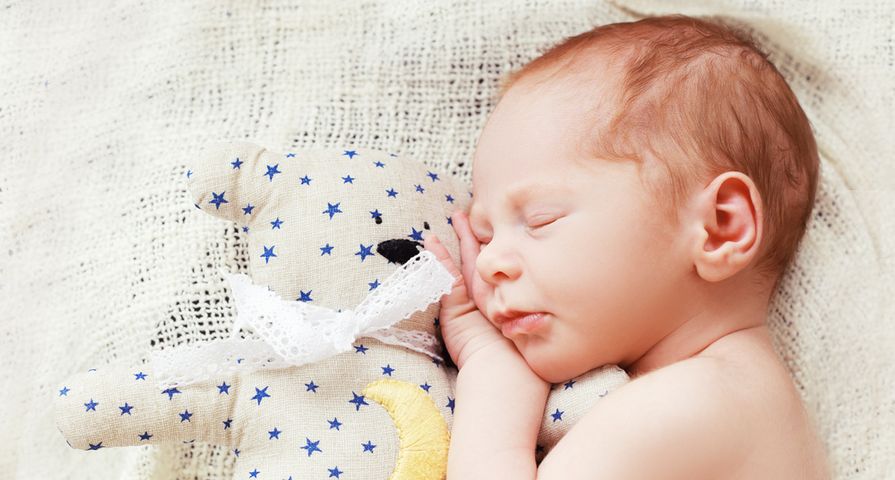 You’ve finally got your little one into a nice nighttime sleep pattern, and you’re getting some restful sleeps yourself, until BAM! Junior suddenly starts waking up in the middle of the night (several times) and you’re back to grumpy-ville in the morning.

This is called a sleep regression – and BabySleepSite.com says it’s when an infant or toddler goes from sleeping through the night to being restless at unreasonable hours. This can be very upsetting for you as a parent, who suddenly loses sleep again and might wonder if there’s something wrong. Here are six things to know about sleep regression…

1. They Happen More Than Once

If you’ve just made it through a bumpy period and your child has settled back down into their nighttime sleep pattern, good for you and congrats. However, we have some rather bad news: it’s probably going to happen again.

BabySleepSite.com explains sleep regressions typically occur at 4-months, 8 to 9- months, 11 to 12-months, 18-months, and 2-years. Remember, these are guidelines. Some young ones will experience these regressions at different times, but they’re no easier to deal with. Some parents even report their 4-year-olds going through similar disrupted sleep patterns.

2. Four Months is The Biggest Change

WeeBeeDreaming.com has a blog post about the “dreaded” 4-month sleep regression, noting this occurs because prior to 4-months, babies will enter a deep “non-REM” sleep – making it easier for them to be put in their crib without being jarred awake.

The post explains that at around 4-months, babies’ sleep becomes more “adult-like,” and babies take longer to reach the non-REM sleep state after they close their eyes. That means small movements or noises can easily wake them up. It adds that 4-months is also when babies usually learn to roll, and they still have their “startle reflex” (which a swaddle is designed to prevent). The source says you should ditch the swaddle at this age and go to a “sleep suit” that bridges the gap between a swaddle and a sleep sack.

The “good news” about your baby no longer wanting to nap or sleep through the night is that usually a sleep regression means your child is simply growing up. “Sleep regressions can last anywhere from 2 to 6 weeks and often coincide with cognitive or developmental milestones,” explains SleepTightConsultants.com.

For example, we’ve already mentioned a 4-month old’s new ability to roll over, but the 8 to 10-month regression is usually around when baby learns to pull him or herself up to stand, adds the site. At 12-months, many babies learn to walk, and at 18-months, they start using more words and following more directions. The 2-year old regression is often seen in children who develop verbal skills a little later. Potty training can also throw off the schedule for 2-year-olds, says the source. It’s important to note there’s only limited evidence that cognitive leaps and sleep regressions are related.

There’s not a whole lot about this one around the interweb, but there is an interesting thread on BabyandBump.com from parents pleading for advice about their 3-or 4-year olds who have suddenly broken their pattern of sleeping peacefully through the night.

There seems to be a common theme that some toddlers have trouble sleeping through the night when their mothers are expecting another child. Other parents report their child having the problem following an illness (like a stomach bug). It could be a coincidence, or… you could consult a pediatrician to find the source of your child’s sleep strike.

5. Stick to Your Routines

AlphaMom.com says that sleep regressions often cause parents to resort to desperate tactics to get their kids back to sleep. It says to be careful about creating habits that your young one will come to expect in order to fall back asleep – like rocking them – because it might be difficult to break free from that.

Speaking about naps in particular, it says that while you can create all the right conditions for a nap, you can’t force sleep. “The one thing NOT to do during the sleep regression (nap or nighttime) is to start changing a million things in an effort to ‘fix’ it. Consistency is key,” it says. However, it notes that “common troubleshooting” for sleep regressions include making it as dark as possible in their room and even playing some soft music.

6. You Will Sleep Again

BabySleepSite.com says that the 4-month regression is a “permanent change,” and things won’t ever be the same sleep-wise after that. “Once you are through the worst of the 4-month sleep regression you will want to focus on helping your baby break sleep associations, and on helping him or her learn to fall asleep without help from you,” it explains.

For the regressions beyond that tough 4-month marker, it suggests offering an extra feeding at night or occasionally during the day (as regressions can be associated with growth spurts – and possibly increased hunger). You could also adjust to earlier bedtimes, as lost sleep at night will cause overtiredness, which can make the problem worse, it adds. Don’t be afraid to ask for help during these tough times – because you need sleep too. Remember: it’ll only be a matter of time when your child is suddenly a teenager and you’ll have to shake them awake every morning…