6 Things to Know About Conjunctivitis in Children 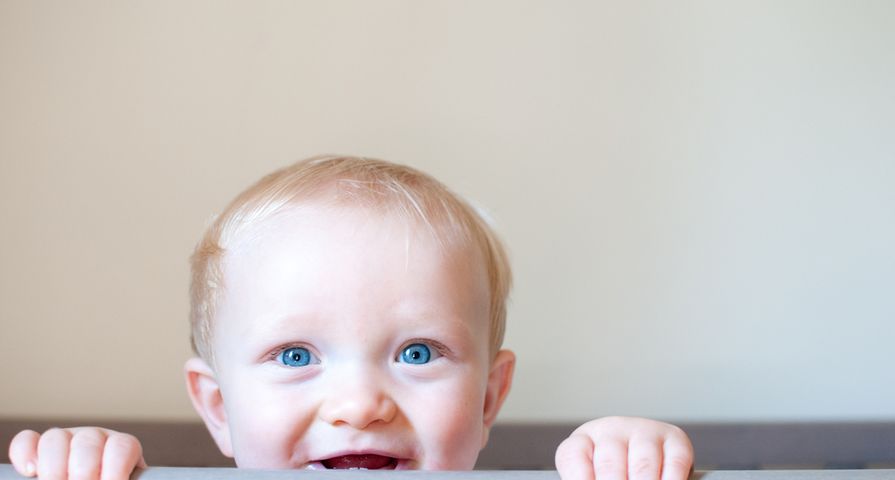 Conjunctivitis, often referred to as pinkeye, doesn’t necessarily have the redness of the eyes that the name implies. Regardless of whether there’s redness, conjunctivitis is highly contagious, and needs to be assessed by a medical professional.

It is especially prevalent among children because of daycare and playground situations, and can spread like wildfire. However, teenagers and adults are not completely safe from it, especially if there are children around often they can catch it from. Here are some things to know about conjunctivitis so you know what to keep an eye out for…

1. Newborns Can Get It

KidsHealth.org explains that even infants can get pinkeye, and while pinkeye is not usually considered serious, very young kids “can develop serious health complications if it’s not treated”. Newborns can contract pinkeye from bacteria in the birth canal of a mother who has an STD, notes the site. Mothers can also be treated for STDs during pregnancy, it adds.

That’s why doctors will administer antibiotic drops to the baby immediately after birth. The treatment alone can cause a “mild chemical conjunctivitis, which usually clears up on its own,” adds the source.

2. It Can Cause Discharge With no Redness

Your child’s eyes may not look red, but there could be a copious amount of greenish yellow pus coming from them, with crusting of the eyelashes when they wake up or their eyes go without being wiped.

This symptom is often related to bacterial conjunctivitis, which can affect one of both eyes, according to Seattle Children’s Hospital/Foundation. The doctor will usually recommend drops that should clear it up in a few days, but keep adding the drops as the prescription calls for even if the signs disappear.

3. It Usually Looks Worse Than it Feels

Seeing your child with red, watery or puss-filled eyes can be alarming, and you should consult a doctor if you’re concerned. However, Centers for Disease Control and Prevention (CDC) explains that most cases are mild and will likely clear up on their own, so don’t panic.

If the conjunctivitis involves pain (non-verbal children may cry a lot and rub their eyes), or the symptoms seem to be progressing, or antibiotics don’t seem to be clearing it up after using them for 24-hours, then it’s time to see a medical professional or make a follow-up appointment.

4. Kids May Have to Stay Home

A fact sheet from the Maryland Department of Health & Mental Hygiene explains that children with symptoms of pinkeye should be checked by a medical professional to determine how contagious it is before being placed in a school or childcare setting.

Most times, your child will be allowed to return to the classroom after using antibiotics for 24-hours, or when they have no longer have visible signs of conjunctivitis, adds the source. The American Academy of Ophthalmology explains that about 3-million school days are missed each year in the U.S. due to pinkeye.

5. It May Be Caused by an Allergy

Not all cases of pinkeye in kids are caused by bacteria or a virus, according to KidsHealth.org. It may be the result of an allergic reaction, which is not contagious, according to the source. If your child has other allergies, such as hay fever, they may be at higher risk of developing allergic conjunctivitis (triggers include grass, animal dander and dust mites, it adds).

Other times, it may be a foreign object in the eye causing pinkeye-like symptoms. This can range from everything including air pollution to chlorine in swimming pools, notes KidsHealth. This is another reason to let a doctor sort it out to determine if it’s contagious and what treatment approach should be used.

6. There are Home Relief Treatments

While you should turn to a doctor for any needed treatments to ensure the problem doesn’t worsen, there are some things you can do at home to help provide relief for your child suffering from conjunctivitis. One method is using cold compresses on a closed eyelid, notes the American Academy of Ophthalmology.

Soak a lint-free cloth in water then wring out the excess moisture, explains the site. The cold compress method is often best for allergic conjunctivitis, while a warm compress may be more effective for bacterial or viral pinkeye, according to the academy. If your child only has symptoms in one eye, make sure you don’t the same cloth in the other eye as you risk spreading the infection, it adds.