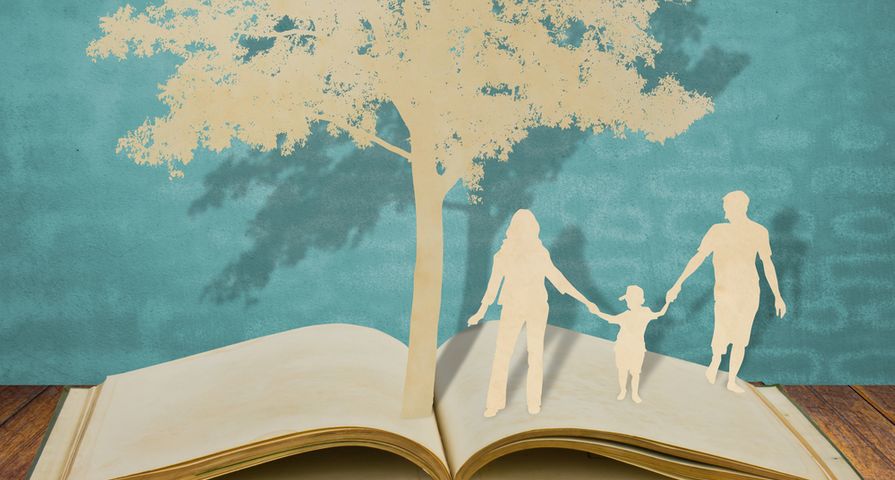 When it comes to family ties, unfortunately, you can end up inheriting more than your mother’s talent for sketching and your grandfather’s comedic charm. Aside from personality traits, personal passions, and even certain physical aspects (i.e., blood type, body type, or eye color), you may also be prone to inherited health conditions thanks to your family genes.

Male pattern baldness is a very common type of hair loss, often blamed on a trio of environmental, genetic, and hormonal factors. The signs of androgenic alopecia—or male pattern baldness—can emerge as as young as the early 20s with a gradually receding hairline that eventually takes the entire crown over the next 5- to 25 years.

While it’s true that baldness is often governed by a specific X chromosome gene, you can’t always determine your luck or loss of luscious locks by looking at your dad or uncles head. Rather, this particular “balding” gene is inherited through mom.  Keep in mind that scientists claim baldness can be passed down from anyone in your family lineage.

Congenital alactasia (also known as congenital lactase deficiency) is another genetic condition that causes babies to develop an intolerance to lactose (the sugars in milk). It affects roughly 1 in 60,000 newborns, according to stats from the U.S. National Library of Medicine.

This rare condition causes severe diarrhea, dehydration, and digestive upset in infants who are unable to break down lactose in breast milk or formula, due to lack of production of the lactase enzyme.

Often, when a health condition emerges in a newborn or child, the risk is often traced back by doctors in the family tree. However, certain rarer genetic diseases baffle medical professionals when the disease is an autosomal recessive disease, like Wilson’s Disease or Cystic Fibrosis, which results via inherited mutated genes passed on through parents, even though both parents appear healthy.

Researchers from the University of Leicester, in the U.K., explain that recessive genes are the result of up to  70-percent of recessive genetic diseases in children with no family history of the condition.

Yes, diet and certain lifestyle factors can definitely impact your cholesterol. However, according to research from the California-based DNA-screening providers, Counsyl.com, in roughly 1 in every 500 individuals exists a genetic mutation that causes familial hypercholesterolemia.

For those not familiar, familial hypercholesterolemia is characterized as an inherited disorder that messes with the ability to metabolize cholesterol properly, and leads to “aggressive and premature cardiovascular disease” (according to the FH Foundation), which can increase the risk of premature heart attack and stroke.

The International Diabetes Foundation tells us that doctors are most often on the lookout of type II diabetes in patients with certain lifestyle habits—for instance, in those with unhealthy diets, sedentary lifestyles, with high blood pressure, increased age, excess weight, and faulty glucose tolerance. However, family history can also play a powerful role in the development of maturity-onset diabetes of the young (MODY).

MODY is the onset of diabetes symptoms in polygenetic form, meaning the disease is the result of gene mutation (family carriers) rather than environmental factors (i.e., obesity). MODY occurs in 5-percent of children, teens, and young adults who develop symptoms similar to those with type 2 diabetes.

The scientific world has alerted women to the BRCA1 or BRCA2 mutations, inherited mutations associated with increased ovarian and breast cancer risk. However, when it comes to cancer risk, particularly breast and ovarian cancers, doctors often ask for the family history from the patients female relatives (i.e., mother and grandmother).

However, emerging research from the Canadian Breast Cancer Foundation finds that risk of ovarian and breast cancers can be passed on through both male and female relatives. Fathers can pass along BRCA1 or BRCA2 mutations to their male or female offspring, leading to increased risk of ovarian, breast, pancreatic, and prostate cancers.