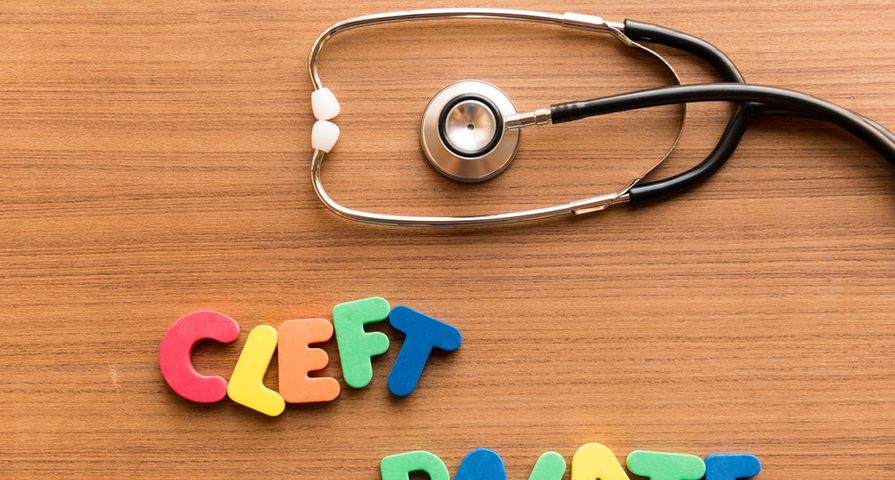 It happens to approximately one baby per 700, and it is regarded as one of the most common birth defects. What is it? It’s a cleft lip or cleft palate, a “craniofacial abnormality” that occurs when the clefts of lips and palettes don’t fuse normally during early fetal development, leaving a split or gap, according to the American Academy of Otolaryngology (AAO).

There are various forms of the defect ranging from a barely noticeable cleft lip to a major cleft palate, which we’ll focus primarily on here. This large separation in the palate can interfere with normal tasks such as eating and speaking, notes the AAO. Here are six facts about cleft palates to discuss for National Cleft & Craniofacial Awareness & Prevention Month in July…

1. We All Start with A Cleft Palate

The academy stresses that cleft palates are not a defect that occurs late in development or after birth. As a fetus, we all have cleft lips and palates, and the natural course of action is for those clefts (splits) to fuse together somewhere between the 6 and 11-week mark.

WebMD adds that cleft palates can occur when there’s “not enough tissue in the mouth or lip area, and the tissue that is available does not join together properly.” The causes behind this are largely unknown, although there are risk factors we’ll examine in the next slide.

2. There are Suspected Culprits

While the root causes of cleft palates are unknown, at least according to the Centers for Disease Control and Prevention (CDC), there have been some possible risk factors identified. For example, the CDC said “changes in their genes” could be responsible for the infant defects.

However, genes are just one possibility being looked at. It may be a combination of genes and other factors such as the mother smoking during pregnancy, or a mother with diabetes. The CDC also notes that women who take certain epilepsy medications during early fetal development can be inadvertently increasing the risk of clefts in their unborn child. Genetic factors (family history) may also be at play.

3. Certain Ethnicities are More at Risk

4. Feeding can Become a Challenge

Getting a baby to breastfeed can be a challenge, and a baby with a cleft palate will present even more of a challenge, notes KidsHealth.org.

The role of a palate (roof of the mouth) is to prevent fluids from entering the nose canal, so when the palate is incomplete your baby could end up swallowing excess air and regurgitate food back into the nose. Latching onto a breast or a bottle is obviously more of a challenge for the baby (and you) as well. A lactation consultant can offer advice, and there are special bottle nipples designed for this problem.

While cleft palates can affect how your child speaks, it can also affect how they listen, notes the National Deaf Children’s Society in the U.K. The most common hearing impairment related to cleft defects is “glue ear”, caused by a sticky buildup in the middle ear.

6. There are Treatments Available

The Mayo Clinic lists a number of avenues for improving the quality of life for those born with a cleft palate. The clinic notes the treatment approach often involves a team of health professionals from doctors to speech therapists to help your child eat, speak, and even hear normally.

In some cases, surgery can be used as a way to correct the problem, adds the clinic. It can involve more than one surgery to finish the job: one to help fuse the cleft, and another to help reconstruct the affected area (cosmetically). Cleft palate repair can be performed by the age of 18-months or earlier, with follow-ups at age two or older.