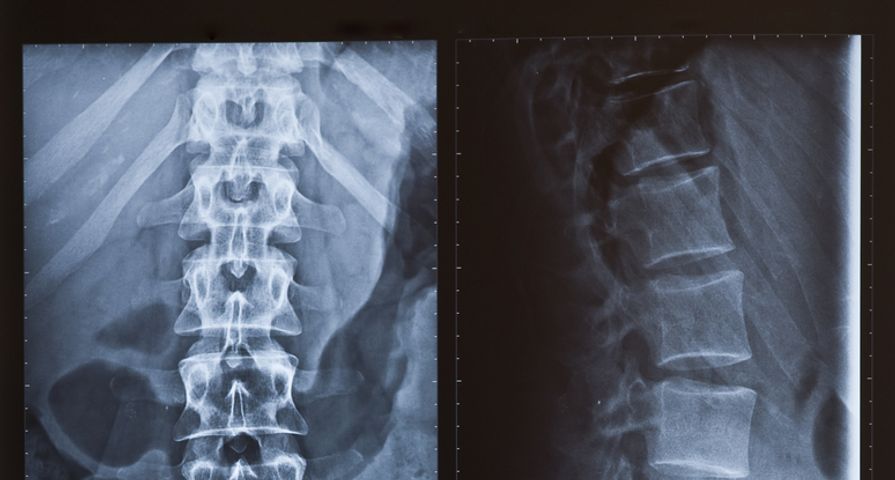 Spinal muscular atrophy is a neurodegenerative disease that causes the misfiring of neurons in the spine from the lack of an essential protein. This leads to atrophy (wasting away) of the skeletal muscles as well as overall weakness, explains the American Congress of Obstetricians and Gynecologists (ACOG).

The disease has one umbrella name, but there are many incarnations of it. In fact, according to CureSMA.org, no two cases of spinal muscular atrophy are experienced quite the same. The intensity and the onset can vary from patient to patient, adds the source. Let’s take a closer look at this disease, as August is SMA awareness month…

1. There are Multiple Versions of the Disease

According to CureSMA.org, there are more than 4-types of this disease that each carry its own symptoms. Type I is the most common and can affect infants younger than 6-months, according to the source. This can lead to difficulty breathing and swallowing.

Type II is marked by missing motor function milestones and is diagnosed a little later but still usually before 2-years of age, explains the site. Type III can appear before 3-years of age (and sometimes into teenage years), and it makes it more difficult to walk as time goes on. Type IV is “very rare” and can cause “mild motor impairment” in adulthood.

2. One Form only Affects Males

One of the versions is called Kennedy’s Disease, and it only affects males, according to KennedysDisease.org. The “X-linked” disease (referring to chromosomes) causes atrophy of muscles that is apparent in the arms and legs, but mostly in the face and neck, notes the source.

Unlike other versions of SMA, Kennedy’s can hide away until after age 30 and then rear its ugly head. Women who have the gene for this disease generally don’t display symptoms, but have in rare cases. Kennedy’s Disease does not heavily impact life expectancy; in fact, in many cases lifespan is normal, adds the source.

StopSMA.org talks about how the disease lives on from generation to generation. However, it’s not the presence of a particular gene that causes the disease in offspring, it’s a missing or defective gene known as the Survival Motor Neuron (SMN 1).

Both parents must have this defective gene for a child to be at risk of SMA, and even in this case there’s only a 25-percent chance the child will develop the disease. The parents are typically not affected by carrying one copy of the defective gene that is passed on, making it difficult to detect.

4. It’s a Leading Cause of Death in Children

The disease can be fatal (due to respiratory and pulmonary complications), and according to StopSMA.org, it kills more infants than any other genetic disease. Children with Type I SMA “can have drastically shortened lifespans—many times just a handful of years,” according to the source.

According to the same source, 1 in 6,000 babies are born with this potentially deadly disease. Doctors can recognize it early due to the inability for a child to lift their head or sit up. This leads to a variety of challenges and due to weakness in muscles, children sometimes need to be fed directly through a tube to their stomach.

The Muscular Dystrophy Association (MDA) notes that while physical symptoms can range from mild to severe for each patient, typically it does not affect mental function. Sensory and emotional functions are also typically normal in people with SMA, adds the source.

That being said, the physical deficiencies normally occur in muscles that are near body’s center, such as hips, upper back and shoulders. This can also cause complications in breathing and swallowing. In some cases, weak back muscles can cause spinal curvature.

While there are treatments for SMA, there is no cure as of today. However, important breakthroughs are being made, according to CureSMA.org. In the latest news, a drug being tested for infants with SMA Type I has shown “a statistically significant improvement in the achievement of motor milestones compared to those who did not receive treatment.”

The drug still needs to be approved by the Food and Drug Administration (FDA), according to the source. The drug called Nusinersen was developed by Ionis Pharmaceuticals and Biogen, with help from funding through Cure SMA. Ongoing trials are continuing for Type II and III SMA.