What to Know About Blood Clotting Disorders in Children 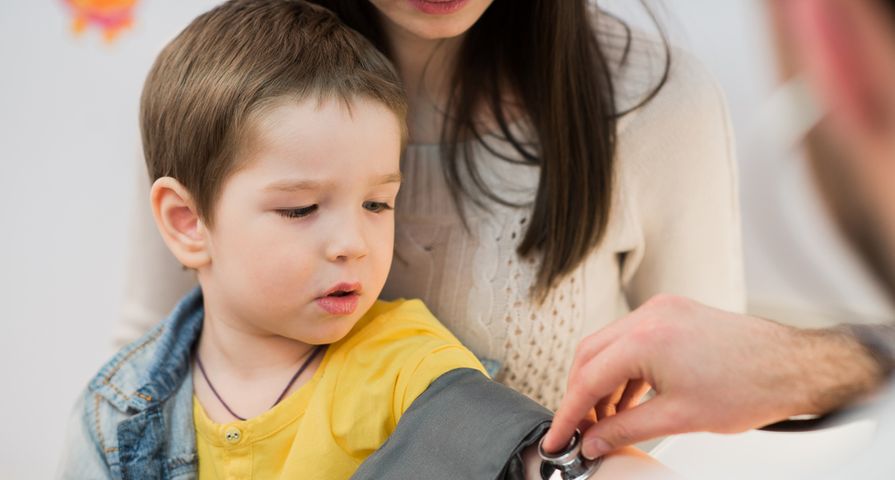 When it comes to blood clots, usually we tend to become more aware of their risk when we advance in age. However, while adult blood clots can be caused by a number of factors including high cholesterol, children can suffer from a number of clotting disorders that don’t necessarily relate to exterior factors.

Blood clotting disorders are simply defined by St. Louis Children’s Hospital as a group of disorders that cause excessive clotting in the blood.

While blood clotting is an important mechanism in the case of an injury that causes bleeding, clots may also form when there’s no trigger, explains the source. The trouble is that these clots may end up blocking blood vessels, which can lead to bigger health troubles.

The same source notes the most common type of clotting disorder is called factor V Leiden, which it describes as an inherited disorder that can increase the risk for deep vein thrombosis. The latter health problem involves clots deep in veins, primarily in the legs, which could lead to clots in the lungs (clinically known as pulmonary embolism).

This disorder mostly affects children of European descent, affecting about 5-percent of the white population. However, it doesn’t mean catastrophe is on the horizon. “Although many people inherit this abnormality, only about 10 percent will ever have an abnormal blood clot,” explains the source.

This is a fairly common form of blood clotting disorder behind factor V Leiden. This inherited disorder also increases the risk of developing deep vein thrombosis, according to a post from the U.S. Library of Medicine.

Those with this type of clotting disorder are also at increased risk for a pulmonary embolism, defined by the source as a clot that travels through the veins and ends up in the lungs. Again, the risk of this complication is relatively low, and while there are associated pregnancy risks, “most women with prothrombin thrombophilia have normal pregnancies,” adds the source.

Stanford Children’s Health explains those who have this clotting problem won’t usually have any symptoms, but like the other two disorders already mentioned, they can have an increased risk of developing deep vein thrombosis.

However, while it’s usually mild, this particular disorder can be severe, warns the source. When babies are born with this deficiency, they can experience tiny blood clots that can be fatal for tissues.

The same source says the severity of this particular clotting disorder can vary, and in many cases, the patient will not be aware of any problems. And yes, there is an increased risk of deep vein thrombosis, especially when recovering from surgery or being inactive for long periods of time.

Like its cousin, this deficiency can also lead to tiny blood clots throughout the body that lead to tissue death in more severe cases.

This blood clotting disorder, which is present at birth, “significantly increases the chance of the development of abnormal blood clots,” according to the St. Louis Children’s Hospital.

The chances of complications are relatively high for this form of clotting disorder, and the source explains that about 50-percent of patients will experience at least 1-abnormal blood clot, usually after their adolescent years. These clots can lead to either deep vein thrombosis or a pulmonary embolism.

While these clotting disorders are usually inherited conditions, there are some risk factors that can increase the chance of an actual blood clot later in life, explains the University of Rochester Medical Center.

“Many children with clotting disorders don’t have blood clots. Some things increase the risk of getting clots as children get older,” notes the source. Some of those factors include using birth control pills, having surgery, getting injured, having cancer, being confined to a bed for extended periods of time, or being pregnant.

Blood clotting disorders on their own won’t have any symptoms until there are complications, notes the University of Rochester Medical Center. In the case of deep vein thrombosis, you’ll notice swelling in an arm or leg, soreness or pain in an arm or leg, abnormal skin color (blue, pale, or red), or coolness or warmth in an area of an arm or leg.

If the clotting disorder leads to a pulmonary embolism, symptoms will include difficulty breathing, pain in the chest, a quickened heartbeat, coughing, mild fever, and even fainting, offers the source.

Stanford Children’s Health says serious complications are not common among children with clotting disorders, but you should still be ready to recognize the signs.

Associated complications can include multiple episodes of clotting, especially if one was experienced very early in life. Pulmonary embolism or stroke (clot blocking blood to the brain) can occur, and girls who carry the disorders into adulthood may experience problems with pregnancy and delivery later in life. In the worst case, death can occur, says the source.

If your child is showing any symptoms, a doctor will have to sort out their root cause (and whether it’s a clotting disorder). A physician will take your child’s medical history and perform a physical exam, but there are other tools in his or her chest.

For example, the doctor can order a complete blood count to check on levels of red and white blood cells, as well as platelets (which are actually blood clotting cells). They can also use clotting tests to measure clotting response times, and genetic tests to detect associated gene defects. On top of those, a medical professional can also use Doppler ultrasound to see blood flow and pinpoint a clot or, a computed tomography (CT) or magnetic resonance imaging (MRI) scan to detect a pulmonary embolism or stroke.

If the disorder leads to a blood clot, they can often be targeted by a variety of drugs that “promote clot breakdown,” explains The Froedtert & the Medical College of Wisconsin. In some cases, clots will have to be removed using a “minimally invasive” procedure under the auspices of an interventional radiologist.

For children, the main approach is medications to treat clotting disorders, such as blood thinners delivered through an intravenous (IV) infusion. Aspirin can also be used to aid in the clot-preventing process.

The St. Louis Children’s Hospital notes that, in some cases, anticoagulants (blood thinners) may need to be given long-term, especially during higher risk periods of inactivity. However, there are some factors within your control that can help reduce the risk of clots in the future.

For example, managing your child’s weight (which is a risk factor) is important, and it’s also important to ensure your child gets adequate physical activity, adds the source. Helping your kids avoid smoking, and working with their healthcare provider to seek alternatives to hormone contraceptives are other good approaches, explains the source.