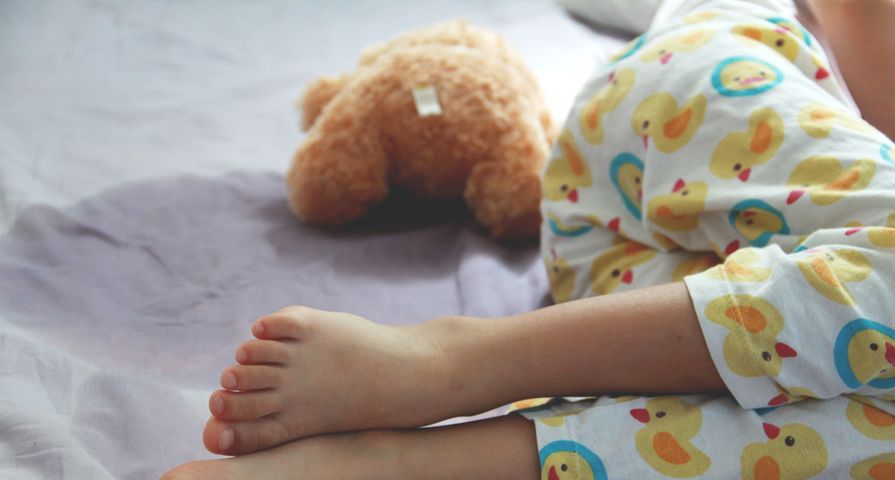 An overworking bladder in a child can be distressing for both the child and you as the parent, as you’ll be dealing with frequent trips to the bathroom when you’re out and about or cleaning up wet sheets at night (or getting up to help them).

It’s not just a phase that all kids go through – it actually has a medical name, called overactive bladder or OAB that can be diagnosed and treated. But first you need to know the signs. Here are 12 things to know about this condition in kids…

1. Filling You in On Overactive Bladder

BeingTheParent.com explains that while this is not a disease, it’s still a condition that needs attention. It’s characterized by a “sudden, uncontrollable spasm of the muscle in the wall of the urinary bladder” that results in the sudden need to find a washroom, says the source.

Another thing about OAB is that the bladder does not need to actually be full for the child to feel an urgent sensation to urinate. The bladder may “just contain a little quantity of urine,” it notes.

2. How to Recognize OAB

It may be tough to distinguish bedwetting (which could be a behavioral issue) from an actual problem with the bladder, but there are certain signs to watch for.

Bedwetting typically happens, well – during sleep in bed at night, and could be related to OAB. However, a child with the condition will show signs of urinary incontinence (not being to hold their pee) during the day. “He or she may not make it to the toilet before the urine begins to flow,” notes WebMD. They will also have to use the bathroom frequently.

Healthline.com stresses that while there are similarities, bedwetting and OAB are 2-different things. For example, children under 3-years often have trouble controlling their bladder, but that doesn’t mean they have OAB.

Some kids don’t fully develop the ability to control their bladder until they’re older than 3, and many cases of OAB aren’t diagnosed until age 5 or 6, adds the source. In fact, “Your doctor may not diagnose nighttime urinary incontinence until your child is 7 years old,” it adds.

If your child continues to wet the bed without signs of easing up, then they may very well have OAB. “Some of the same conditions or circumstances that increase the likelihood of nighttime incontinence may – in combination with infrequent urination – result in incontinence during the day,” explains WebMD.

There could be other causes of bedwetting, such as not enough production of a hormone called ADH that slows the production of urine during slumber, adds the source.

5. What Makes a Bladder Overactive?

The Mayo Clinic says that several underlying medical conditions could lead to OAB in both children and adults. These include neurological conditions, diabetes, and medications that are diuretics (cause you to urinate more frequently), especially if they need to be taken with water.

Other possible causes of involuntary bladder contractions, which are the mark of overactive bladder, are abnormalities in the bladder’s structure and bladder blockage, says the source. An “acute” urinary tract infection can also mimic OAB, although infections can usually be treated with antibiotics.

6. When to Involve a Doctor

As mentioned before, some bedwetting may be just down to a child’s inability to control their bladder at an early age (a problem they outgrow). However, because there could be some underlying medical conditions, it might be best to call a doctor if your child has the daytime symptoms.

Some patients (including adults) may have other symptoms that accompany OAB such as fever and pain – in these cases, you shouldn’t hesitate to contact a medical professional, it adds.

7. How a Doctor Diagnoses the Problem

MedicineNet.com explains that a doctor will look for the telltale symptoms we’ve already mentioned – that being daytime frequency (at least 8-times a day) and urgency of urination, and possible bedwetting. They will also rule out other possible causes of urinary incontinence, it adds.

The doctor may also administer a physical exam and urine test to analyze it for infection or high levels of glucose, adds the source. Ultrasound tests to measure how much urine is left in the bladder following urination may also give the doctor more clues.

8. It May Be Stress-Related

However, this condition isn’t the same as OAB, and researchers believes the root cause of pollakiuria may be related to stress. It most commonly strikes kids aged 3 to 8, and usually disappears in 2 or 3-weeks without treatment, it adds.

Healthline.com reminds parents that OAB in children usually goes away with age, but in some cases treatments can be helpful. These approaches include bladder retraining, which is “sticking to a urination schedule and trying to urinate whether or not you have the urge to go,” says the source.

The child be also be taught “double-voiding,” which is basically hanging around the bathroom to pee again after just urinating to be sure. Certain medications may also be helpful, including oxybutynin to relax the bladder. However, like any medications, there could be side effects including dry mouth and constipation, it says. The medications won’t cure the problem; it may come back when the medication is stopped.

The same source says along with getting advice (and medical help) from a doctor, there are things you can do at home to ease the problem. One of them is to avoid giving your kids drinks or food with caffeine – which can show up in surprising places (like chocolate).

As an alternative, try serving “bladder-friendly” food and beverages such as pumpkin seeds, cranberry juice, diluted squash, and water, it adds. You can also try creating a reward system as an incentive for positive behaviors, while avoiding punishing your child for accidents – remember, it’s not their fault.

11. It Usually Corrects Itself

Although adults can have OAB, your child having it doesn’t mean they’ll have it for life. Healthline.com explains the problem usually shrinks as your child gets bigger.

This is because the size of their bladder increases, their “natural body alarms start to work,” and the amount of hormone that controls urine production during sleep becomes more stable, it notes.

TheConversation.com explains that bedwetting is “surprisingly common” for both older kids and even young adults. Although the article doesn’t talk about OAB specifically, it notes, “Those with a history of bed-wetting associated with bladder problems and those with severe bed-wetting when they were younger are more likely to continue to wet as adults.”

In fact, the same source claims up to 50-percent of young adults have never sought medical assistance for the problem as they believe there’s no treatment for it. The approaches for treating bedwetting in children and adults are actually the same, it adds.