Health Facts About Fifth Disease and Parvovirus B19 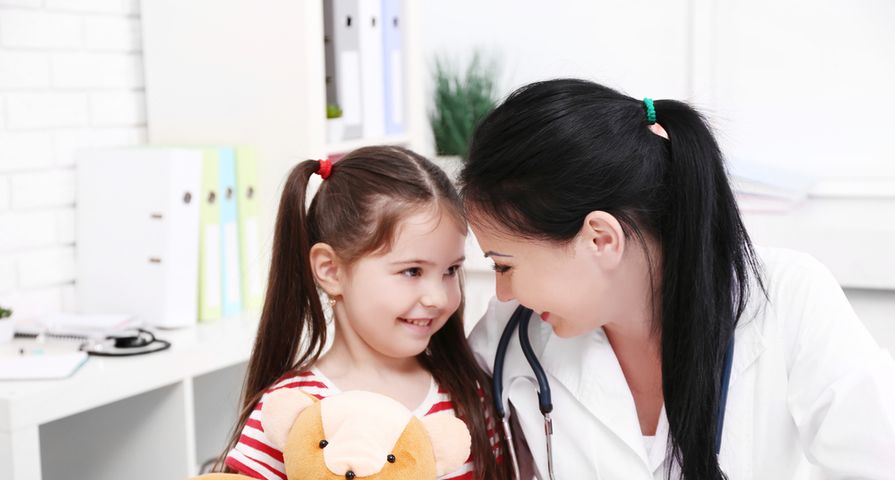 According to the Centers for Disease Control and Prevention (CDC), fifth disease and parvovirus B19 are closely related, as the virus leads to the disease. This virus only affects humans, and it can present a wide range of symptoms. “It got its name because it was fifth in a list of historical classifications of common skin rash illnesses in children,” explains the source.

Fifth disease strikes children in particular, and while it’s not often serious, it can appear that way. However, that doesn’t mean you shouldn’t take precautions and seek treatment if needed. So let’s take a closer look at 12 facts about this condition…

Fifth disease, also known as “erythema infectiosum,” is a viral disease, and it’s something most kids will recover from relatively quickly, according to KidsHealth.org. It most commonly strikes children between the ages of 5 and 15.

This infection of the airway and lungs can be confused with other illnesses, as it involves a low-grade fever, headache, and mild cold-like symptoms, but perhaps the biggest telltale symptom is the bright red rash on the face. This rash can manifest as small blotches on the torso, arms, and legs, and can be itchy.

CaringForKids.cps.ca explains there actually may be no symptoms or only mild symptoms, which we’ve noted can include a low-grade fever and cold-like complications. The source says the fever will usually hover around 102-degrees Fahrenheit and may be accompanied by an upset stomach and/or joint pain.

Meanwhile, the rash starts on the cheeks (also giving the disease the nickname “slapped cheek syndrome”), and after 1- to 4-days, “a red, lace-like rash appears, first on the torso and arms, and then spreads to the rest of the body,” adds the source.

3. It Can Get Complicated

While most cases look worse than they really are, there can be some cases where medical intervention should be sought. If the patient is otherwise healthy, they will likely breeze through it, but that doesn’t apply to everyone.

The CDC says, for some, fifth disease can cause serious health complications, including chronic anemia that requires medical treatment. Anemia is when the body doesn’t produce enough red blood cells that carry oxygen, leaving the patient feeling fatigued. “You may be at risk for serious complications from fifth disease if you have a weakened immune system caused by leukemia, cancer, organ transplants, or HIV infection,” adds the CDC.

In most cases, you won’t have to involve a doctor, but if you suspect your child is having a life-threatening emergency, you should call 9-1-1 immediately, says Seattle Children’s Hospital.

The hospital adds that you should call the doctor or visit an ER if only one cheek is red and the patient has a fever. Call a doctor within 24-hours if the fever spikes over 102-degrees Fahrenheit, and call the doctor during normal hours if you notice a sore throat that lasts more than 48-hours or if a patient or caregiver is pregnant.

If you’re pregnant and you’ve been exposed to the virus that causes fifth disease, there could be potential problems that go beyond a rash. Although your baby “most likely will be fine,” there’s a 1 in 3 chance the parvovirus will be passed along to the fetus, explains BabyCenter.com. Even in this case, there are rarely any complications.

However, in a “small percentage” of cases, contracting the parvovirus during pregnancy can lead to miscarriage, stillbirth, or inflammation of the unborn baby’s heart. About 10-percent of expecting mothers who get infected before 20-weeks of pregnancy will end up losing the child. “Fewer than 1-percent of babies whose mothers get infected after mid-pregnancy have problems from the infection,” adds the source.

6. Common Targets of the Disease

HealthLinkBC.ca says while it’s mostly children that are at risk of developing fifth disease from the parvovirus, “anyone can get fifth disease.”

The source adds that more than 50-percent of all adults have already had fifth disease at some point in their lives, and that most preschoolers and school-aged children have not yet had it. “If the virus spreads, children are more likely than adults to get it,” adds the source.

7. How the Virus Gets Around

While the symptoms show up mostly on the exterior, it’s actually respiratory excretion (saliva or mucus from coughing or sneezing) that can spread the virus that causes fifth disease, explains the CDC.

The source adds that a patient is actually most contagious when it’s only suspected they have a cold, which is before the telltale rash begins to form. There’s no indication someone just touching the affected skin can contract the virus, but hand washing is always a good idea.

8. How a Doctor Pinpoints Fifth Disease

A medical professional will often be able to distinguish fifth disease from other conditions just by looking at the characteristics of the rash, explains FifthDisease.org. However, as we mentioned, the rash is not always evident.

If the patient is pregnant or has a compromised immune system, doctors will likely take further steps to confirm the disease, as it can be particularly impactful in these two groups. Most common is a blood test to test for antibodies to the parvovirus.

Because we’re dealing with a viral infection, there are precautions that can be taken to avoid getting it in the first place. Healthline notes, “Since fifth disease usually spreads from one person to another through airborne secretions, you should try to minimize contact with people who are sneezing, coughing, or blowing their noses.” That’s of course if you know the other person has the virus.

It’s always helpful to wash your hands frequently, especially if you’ve been around people who show signs of fifth disease or even a common cold. If you’ve already had fifth disease and your immune system is working optimally, you’re considered “immune for life,” adds the source.

“Generally, no treatment for fifth disease is necessary for otherwise healthy children and adults who get it,” explains WebMD. However, as the rash can be itchy, an over-the-counter antihistamine can be helpful. If you have associated joint pain, you can use over-the-counter ibuprofen to relieve it.

Meanwhile, if you’re already suffering from anemia or are immunocompromised, a doctor may decide to deliver immunoglobulin via injection to help combat the virus. “Some of these patients may also need transfusions of red blood cells,” adds the source.

11. How Long Does Fifth Disease Last?

The facial rash will typically appear about 2- to 3-weeks after being exposed to the virus, explains HealthLinkBC. It will sometimes be followed by a “lace-like rash” on the arms and legs, which can fade but then come back (over the course of a few weeks), especially if it’s exposed to heat or direct sunlight.

For some adults, the only symptom might be joint pain, which can last 1 to 3-weeks or longer in some cases. However, this pain will typically clear up without any long-term complications.

12. Other Illnesses Caused by Parvovirus

While it’s mostly connected to the telltale symptoms of fifth disease in kids, the parvovirus can be responsible for other health problems in children and adults, according to the CDC. For example, the painful and swollen joints mimicking arthritis are actually a viral condition called polyarthropathy syndrome.

The virus may also halt production of new red blood cells, which can lead to anemia in patients. If you already have anemia or a weakened immune system, you’ll want to consult a doctor.