Home » Your Health » Causes and Risk Factors of Type 1 Diabetes 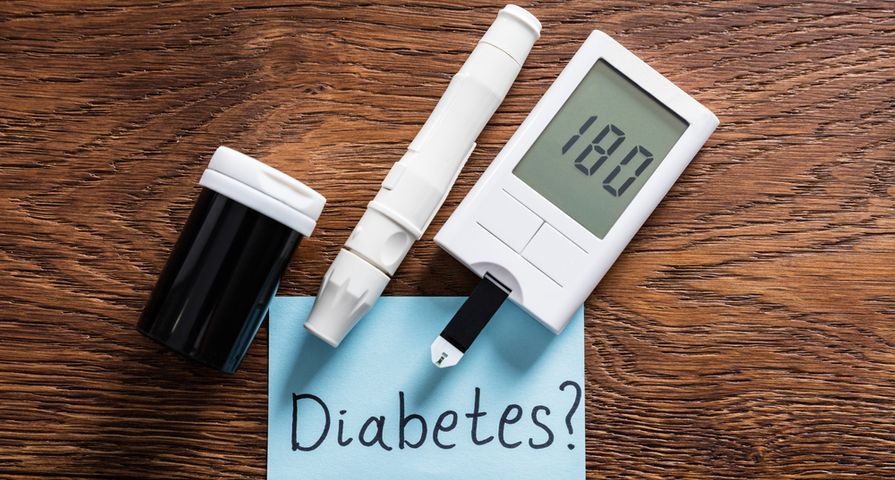 Type 1 diabetes is a chronic condition, meaning constantly-recurring, in which your body’s immune system destroys specific cells in your pancreas, resulting in your pancreas producing little or none of the hormone that regulates glucose in the blood.

This causes high blood sugar on account of blood sugar not being able to enter the cells in your body where it can be used for energy, which in itself causes the majority of symptoms associated with diabetes, such dehydration, weight loss, fatigue, mood changes, ketoacidosis, and many others.

While nearly 30 million people suffer from diabetes in the United States, only 1.25 million of those people have type 1 diabetes – about 5-percent. It also tends to affect males and females equally. Unfortunately, there is neither a known form of prevention nor a cure for type 1 diabetes. There is, however, an effective form of treatment in the form of managing blood sugar levels with a prescribed hormone that allows your body to use glucose for energy.

How to Support Yourself Emotionally with Diabetes

Type 1 diabetes is the result of your body’s own immune system mistakenly destroying the beta cells in the pancreas, a result of a defect specifically in the bone marrow and thymus (an organ of the immune system), resulting in the inadequate production of the hormone that regulates glucose in the blood. While glucose is required by your body and is a main source of energy for the cells that make up muscles and other tissues, the buildup of glucose in your bloodstream instead of the absorption of glucose by your cells, as happens to type 1 diabetics, has potentially life-threatening effects. What’s even scarier is that this process can go on for months or years before any symptoms appear.

While it’s not entirely understood what causes type 1 diabetes to happen, as explored more in detail below, possible causes are believed to be genetics and exposure to viruses and other environmental factors. However just because a parent passes down genes associated with type 1 diabetes to their children doesn’t necessarily mean that those children will develop type 1 diabetes. Unlike type 2 diabetes, type 1 diabetes isn’t caused by diet and lifestyle habits.

That said, according to Mayo Clinic and EndoctrineWeb, some known risk factors for type 1 diabetes include:

Fruits Diabetics Should Be Eating

The presence of a certain genetic marker indicates an increased risk of developing type 1 diabetes. That genetic marker is located on chromosome 6, and it’s an HLA (human leukocyte antigen) complex. According to WebMD, “they make proteins your immune system uses to keep you healthy. Since type 1 diabetes is an autoimmune disease — your body destroys the cells that make [the hormone that regulates glucose in the blood] — it makes sense that HLA genes are front and center.”

The source also goes on to say that there are thousands of versions of HLA genes in the human gene pool and which ones a person gets from their parents does play a big role in whether or not a child will have type 1 diabetes. Some people have a higher risk than others, “while others can help protect you from it,” says WebMD.

The incidence of type 1 diabetes tends to increase as you travel away from the equator. It seems that people who live in northern climates are at a higher risk of developing type 1 diabetes. It’s been suggested that people who live in northern countries are indoors more (especially in the winter), and that means that they’re in closer proximity to each other—potentially leading to more viral infections. Conversely, people who live in southern climates—such as South America—are less likely to develop type 1. And along the same lines, researchers have noticed that more cases are diagnosed in the winter in northern countries; the diagnosis rate goes down in the summer.

Researchers have found that certain viruses may trigger the development of type 1 diabetes by causing the immune system to turn against the body—instead of helping it fight infection and sickness. Viruses that are believed to trigger type 1 include German measles, coxsackie, and mumps.

Certain ethnicities have a higher rate of type 1 diabetes. In the United States, Caucasians seem to be more susceptible to type 1 than African-Americans and Hispanic-Americans. Chinese people have a lower risk of developing type 1, as do people in South America.

Children who were given cow’s milk at a very young age may have a slightly higher rate of type 1 diabetes. However, according to the Centers for Disease Control and Prevention (CDC), diet and lifestyle habits don’t cause type 1 diabetes. So this risk factor is debated among experts.

While type 1 diabetes is certainly less common than its sibling, type 2 diabetes, the severity of symptoms associated with type 1 diabetes, especially if left untreated, make it just as, if not more, dangerous. Type 1 diabetes, unfortunately, shares many symptoms with other conditions and disorders, making it hard to personally diagnose. This is why, upon the onset of anything that could be described as being symptomatic of type 1 diabetes, you should see your doctor immediately just to be safe.

Sam is a blogger and content marketer obsessed with how the body works. His most recent endeavors include intermittent fasting on the keto diet and getting bent into a pretzel courtesy of Brazilian Jiu Jitsu.