Home » Your Health » Busting Common Myths About The Flu Vaccine 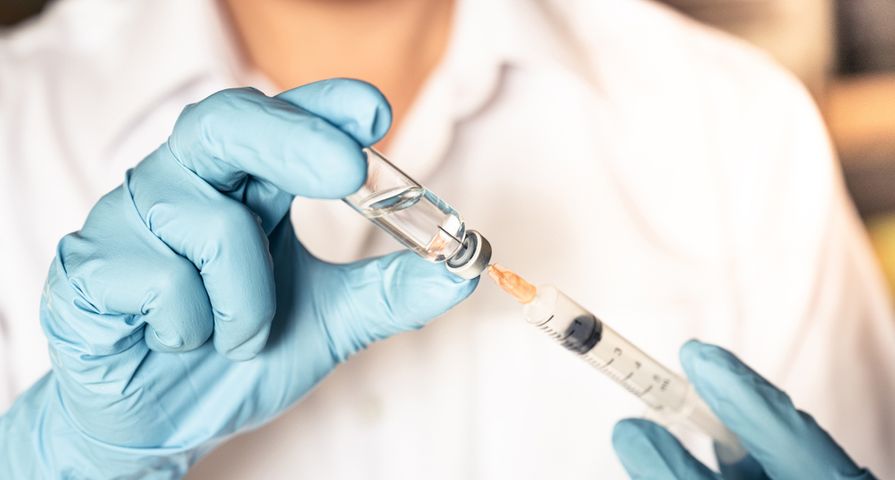 When some people hear the words “flu vaccine,” they get more anxious about it than catching the flu itself, which can be very dangerous for babies and the elderly, as well as those who have compromised immunity.

However, the reasons why some people avoid getting the flu vaccine tend to be based on pseudo-science, rather than hard evidence. It’s true that the vaccine won’t prevent 100-percent of flu cases – in fact, the Centers for Disease Control and Prevention (CDC) says it reduces the risk of developing flu by 40 to 60-percent. However, here are eight other facts about the vaccine to help clear up any misconceptions…

1. You Can’t Catch Flu from The Vaccine

A common thing you’ll read from people who are against getting the shot is a claim they have caught the flu right after getting the vaccine in the past, leading them to believe the vaccine itself was the culprit.

“This long standing rumor just won’t die no matter how often experts debunk it,” it notes. Because the vaccine is made from dead viral particles, it can’t actually infect you, it adds. Even the nasal-spray version that contains a “crippled” version of the vaccine can’t harm you, explains the site. The vaccine does take up to 2-weeks to be effective – so people can catch a cold or flu before the antibodies can fight them off, it explains.

Tips on How to Stop Touching Your Face

2. Pregnant Women Should Get a Flu Shot

A 2017 article from Harvard Medical School explains that there have been some concerns around flu shots and pregnancy, with some recent research suggesting that flu vaccines can heighten the chance of a miscarriage. However, the researchers did not establish a clear link between these two things – only that miscarriages were “slightly more common” within 28-days of getting the shot.

However, getting the flu while pregnant can sometimes lead to worse symptoms than usual along with serious complications – and in some instances, even death, adds the source. “Put this risk of severe complications from the flu together with the relatively low risk of the flu vaccine, and it’s easy to understand why getting the flu shot during pregnancy is so strongly recommended,” adds the article. The vaccine can also help protect your baby before it’s born (by safely passing along antibodies), as the virus can also be fatal to newborns, it adds.

3. The Vaccines Aren’t Filled With Mercury

Another big myth you might hear on the “nay” side of the vaccine argument is that the shots are filled with toxins such as mercury that will surely lead to poisoning and sickness. However, most single doses of flu vaccine – whether delivered by syringe or nasal spray – do not contain Thimerosal, which is a mercury-based preservative, explains the CDC.

This preservative is used in vials that contain more than one dose of the vaccine, to prevent bacteria or fungi from forming, adds the source. The dose of mercury has been studied extensively and there’s no evidence of harm to humans, it adds. The CDC actually lists the exact mercury content of each flu shot available in the U.S. for the 2017-2018 influenza season.

Many conditions and diseases are blamed on flu shots, and one of those is Alzheimer’s, which is a fatal neurodegenerative disorder and a type of dementia. However, a study abstract posted on CMAJ (journal of the Canadian Medical Association) concludes quite the opposite.

The study followed 4,392 eligible subjects that were “cognitively unimpaired” and who had vaccination history available in 1991-1992. The follow-up 5-years later showed of that group, 527-subjects showed cognitive impairment or dementia, while 183-were “newly diagnosed” as having Alzheimer’s. The rest of the subjects were unaffected. In fact, the study concludes that getting vaccinated may even help stave off Alzheimer’s based on findings. “Past exposure to vaccines against diphtheria or tetanus, poliomyelitis and influenza may protect against subsequent development of Alzheimer’s disease,” it notes.

5. The Flu Shot is Not More Dangerous Than the Flu

Here’s another one – the thought that the flu is usually pretty mild, so why bother getting a shot at all? Medical Daily stresses there can be side effects from the flu vaccine such as headaches, fever, soreness and swelling, and in some rare cases an allergic reaction including hives, faster heartbeat, difficulty breathing and dizziness.

Yes, it’s true there are potentially unpleasant results from getting a flu shot. But the real difference is the data related to deaths from the flu – the source says the World Health Organization pegs the global death rate from influenza at up to 500,000-per year, but the CDC estimates that “severe allergic reactions” to the vaccine occur in fewer than one in 1-million doses. By comparison, the risk of serious reaction from the flu vaccine is less than getting hit by lightning in any given year.

Ways to Distinguish Between a Cold, Flu and Pneumonia

6. Washing Your Hands is Not As Effective as The Vaccine

Sure, proper hygiene including hand washing is a good way to stop the spread of germs from direct contact. However, it’s not a foolproof way to avoid getting the flu, notes Health.com – that’s because influenza travels through the air via droplets of saliva from a contagious person, it explains.

Touching an infected surface (the source says the flu virus can live on surfaces for up to 8-hours) and then touching your face can cause the infection, so washing your hands with soap and water and avoiding touching your eyes, nose or mouth “slashes the risk somewhat,” it adds. If you’re talking to someone you know to have the flu, stand at least 6-feet from them because the droplets can’t fly further than that, the source suggests.

Another misconception is that getting the vaccine will somehow open the door to other illnesses, because it temporarily lessens your immunity. Not true, says the National Public Radio (NPR) based in Washington, DC.

The sole purpose of a flu shot is to stimulate your body’s immune response and produce antibodies to destroy the flu virus if it gets in. Also, getting the flu itself doesn’t make your immune system stronger, which is another myth listed by the NPR. “Even if the flu in a future season resembles a strain you’ve had before, the protection is likely to be incomplete and fades over time,” it explains. Your body’s immunity is actually strained when fighting the flu, it adds.

8. Antibiotics Are Not a Replacement for the Flu Vaccine

Health.com says that going to your doctor for antibiotics after you contract the flu is pretty much pointless, because they don’t work on viruses (although an antiviral called Tamiflu can reduce the length of the illness if taken when the symptoms first appear, it adds).

“Once you have the flu, you’re going to be miserable regardless. Prevention with the flu shot is a better approach,” says the source. You can also turn to other over-the-counter meds such as Tylenol or Advil to help alleviate some flu symptoms, as well as trying decongestants, it adds. But it says the best medicine once you’re sick is to stay home, rest and stay well hydrated.