Home » Your Health » Autism in Adults: Symptoms, Diagnosis, and Treatment 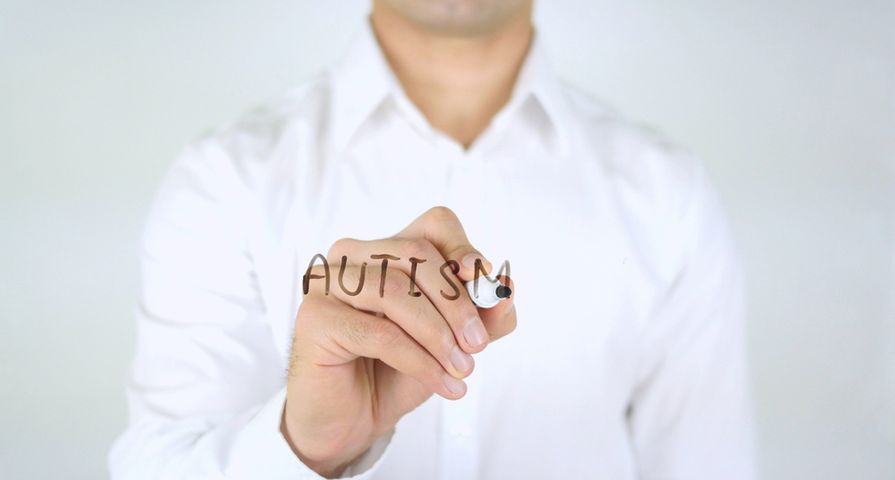 What To Do If You Think Your Child May Be Autistic

When it comes to autism, people often think of it as something that’s diagnosed during childhood. While autism can be diagnosed as early as age two, there are several cases where adults are being diagnosed as awareness of the disorder grows. It’s also partly because of how autism is currently defined, which may have differed than how it was during a person’s childhood, notes VeryWell Health.

It’s possible that you may be on the spectrum if you suspect so, even if it wasn’t recognized during your earlier years. However, autism spectrum disorder (ASD) can mimic some other conditions in adults, so let’s take a closer look at the specific symptoms and other things to know…

Difficulty Relating To Others

Adults with ASD may find it difficult to communicate with others and read social cues, notes Healthline. That could mean not being about to follow a conversation (and the subtleties of what someone is saying), or being unable to read a person’s body language to gauge how they’re reacting to what you’re saying, it adds.

The source also notes you may end up inventing your own words and phrases (that others may not understand), or you don’t change your tone or inflection depending on who you’re talking to (for example, a professional vs. a social interaction.) Because of these challenges, forming bonds with others can be a challenge, it adds.

How to Advocate For Your Child With Autism

Healthline explains that managing emotions can be a challenge for an adult with ASD. This can mean if something disrupts your usual routine, you may have a “outburst” or a “meltdown,” notes the source.

There can also be a similar negative reaction if someone moves your belongings, of even if something is rearranged, it adds. If something doesn’t meet your expectations, it can also become an emotional challenge, it explains.

Being Glued To Routines

There are specific markers to ASD when it comes to behavior, adds Healthline. For example, an adult on the spectrum may be unusually glued to a certain schedule or a daily routine that’s important to them to maintain.

An adult that hasn’t been diagnosed may display other clues, such as engaging in repetitive behavior, performing certain “rituals,” or even making noises in places where quiet would normally be expected, it adds. Keep in mind that OCD also shares some of these traits, so it’s important to distinguish between the two with the assessment of a professional.

Those on the spectrum (whether children or adults) tend to become very interested about particular topics, according to Ambitious about Autism. While it’s one thing to be keen about a subject, it can become a problem if it turns into an obsession, adds the source.

Unlike OCD, which involves obsession, those with ASD who have this trait don’t necessarily have the compulsive behavior to combat the obsessive thoughts, it adds. However, since someone on the spectrum can dedicate so much time learning about particular things (from historical facts to a certain hobby), it could end up as a career path – but the topics aren’t usually dependent on how popular they are, it explains.

The Impact of Animals on Kids With Autism

Those on the spectrum can be especially sensitive to stimulus. For example, Healthline explains that you might have heightened sensitivity to sound, tastes, smells, pain, or light – which can make it more difficult to sleep (however, those with ASD may also have a reduced sensitivity to these things, it adds).

The National Autistic Society adds that people on the spectrum can experience “sensory overload” from too much information being thrown at them, which can heighten stress and anxiety and lead to a meltdown or withdrawal. It adds that in rare cases, people might even experience something called synaesthesia, which means their brains interpret sound instead as a color, for example.

WebMD explains that regardless of where you may land on the spectrum, it can be a challenge for an adult to get a proper diagnosis for ASD. That’s because there’s “no established procedure for diagnosing ASD in adults,” and finding someone who specializes in adult ASD can be difficult, it adds.

Meanwhile, you may have previously been misdiagnosed with another condition that can affect adults and mimic ASD such as ADHD or OCD, explains the source. Oftentimes an adult who has a child diagnosed with autism may seek another diagnosis for himself or herself, it adds.

Autismspeaks.org confirms that “diagnostic checklists” for ASD are designed to diagnose children (although you can consult the Adult Autism Spectrum Quotient if you’re over 16). The source notes that professionals have to rely more heavily on “direct observation” of the patient while discussing challenges in social interactions and sensory issues.

However, higher-functioning adults that may be on the spectrum may have learned to hide symptoms over time (while continuing to struggle in certain areas), adds the source. If there are less obvious signs, then the professional might have to delve further into the patient’s history and even consult relatives who can confirm behavior during the patient’s childhood, it notes.

Getting Treatment as an Adult

While many of the treatments for ASD are designed for young children, there are still some approaches that can also work for adults, explains Healthline. One of them is Applied Behavior Analysis, which teaches positive behaviors with the help of a reward system, it adds.

Other treatments for adults might include cognitive behavioral therapy to help them understand their thought processes and triggers better, it explains. Another technique is called sensory integration therapy that tries to “even out” how a person experiences sensory information. An occupational therapist might also be involved to help train an adult with ASD to improve their independent living skills, it adds.

Medications May Be Helpful

Healthline outlines a number of medications that may help manage the symptoms. They may include antipsychotics to help control aggression, while antidepressants might assist with OCD-like symptoms, as well as anxiety and depression in those with ASD, it adds.

Stimulants typically used for ADHD can help if the patient has inattention issues or is hyperactive, although a review found many children have been shown to have negative effects from these drugs. CBD oil is also being looked at as an alternative treatment. Non-medication approaches still under review include going gluten-free, taking vitamin C, and using melatonin (for sleep), it adds.

Outlook For Adults With ASD

SpectrumNews.org explains that even adults with “milder” forms of autism (it’s typically categorized by levels) can struggle as much in their daily lives as those who are considered to have more severe symptoms. Even those who have average IQ and language skills may still not fit in well with their peers as they still struggle with social skills, it adds.

More specifically, the source cites a study published in the Journal of Autism and Developmental Disorders that suggests those who are diagnosed with pervasive developmental disorder-not otherwise specified (PDD-NOS, which has been called “atypical autism”) have no more chance to hold down a career or get married than those with “more disabling” ASD. However, many adults with ASD can lead relatively normal lives, and even go on to become famous.