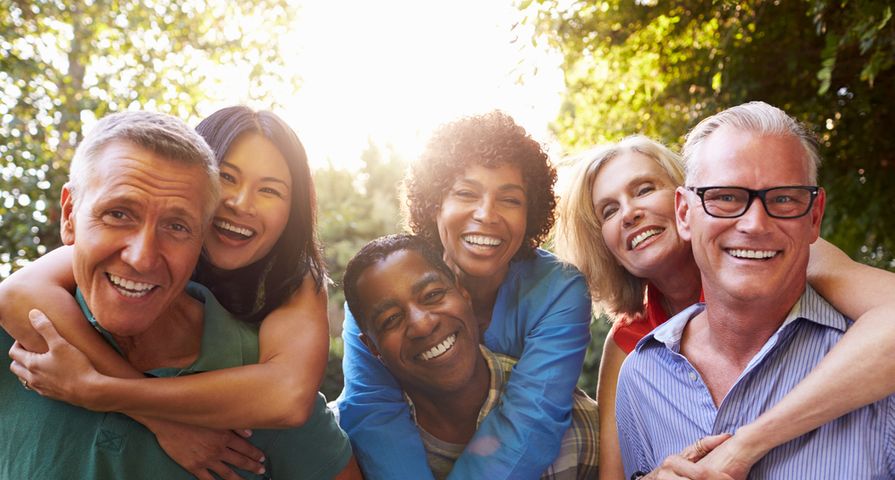 Microdermabrasion: How It Works + Pros & Cons

While we know aging is an inevitable part of life, there are still a lot of unknowns about how we age. One of those unknowns being, why do people age differently? Whether it be looks, physical abilities, or health statuses, everyone’s experience of growing older is not the same. This discrepancy is exactly what one group of researchers sought out to answer.

The insight found during this research has shed some light on the aging process. It may even be the key to understanding how to live longer. Here’s a rundown of what we learned from this study and how it could influence the way we look at aging.

Gray hair, aching bones, and wrinkly skin are stereotypical traits most people expect to experience as they age. But all of us will do it at different times and rates, regardless of our chronological age. Why is that?

A team from the Stanford University School of Medicine decided to look into what exactly happens to individuals as they age. They gathered samples over a long period of time to see the patterns people experience on a molecular level. This allowed them to learn the differences in the way we age and at the rate we age.

To conduct this research, the team recruited 43 healthy participants between the ages of 34 and 86. Medical News Today says each person was assessed for molecular biology markers at least five times over a 2-year period.

The long-term study allowed the scientists to create aging profiles in detail. The professor and chair of genetics, Micheal Snyder, Ph.D., says that until now, no one has mapped different aging parameters and tracked the same person over time.

Some of the samples they collected included blood and stool. The team tracked its microbes and biological molecules (proteins, lipids, etc.) from each participant’s sample over the 2-years. Observing this data gave them an idea of how the levels changed over time.

After the scientists collected and observed samples, they discovered people generally age along certain biological pathways. These are referred to as “ageotypes” in which scientists can categorize the different classes of aging.

While there are four different categories, Snyder says people can still age along other biological pathways. These categories help point out which aging biomarkers are most prevalent. It can also give us a better idea of what health risks to look for down the line.

Jawline Reduction Surgery in 2021: What to Expect, Cost, Recovery & More

Each ageotype comes with its own set of criteria and patterns that were observed in the study participants. The first one has been labeled metabolic. An example given of metabolic agers is they might be at higher risk for type 2 diabetes as they grow older.

For immune ageotypes, they might endure higher levels of inflammation. They could also be more prone to immune-related diseases as they get older.

Hepatic ageotypes are influenced by the health of their liver. Alternatively, nephrotic ageotypes directly relate to kidney function. This could mean that a person in these categories is more prone to liver or kidney diseases.

This study concluded with four ageotypes for now. People can fall under multiple or even all four categories. Snyder explained to Live Science that there’s going to be more than four categories as research evolves. Other aging pathways do exist, such as individuals more prone to heart attacks.

How Ageotypes Can Influence Medicine

The participants in this study were given an aging profile. This profile includes different types of traits in a person’s age type, which is kind of like a personality test with scores that are unique to you. It takes into account various factors in your health and doesn’t necessarily limit you to just one ageotype.

Thanks to this personal method of tracking, it’s possible ageotypes could play a role in an individual’s health plan in the future. As we get to know how each person ages, Live Science says doctors could use that information to assess a patient’s health and direct them to the best form of treatment based on their personal aging type.

Can We Slow Down the Aging Process?

Given how this research is specifically related to aging, did scientists learn how to actually slow down the aging process? Not exactly, but there were some remarkable findings.

The 2-year study that took place is unlike anything that’s been done before. Rather than looking at big data and comparing people of different ages, researchers looked at one person individually and saw how their personal data evolved over a given period of time.

With such significant findings that took place in just a couple of years, it will be interesting to see how this research progresses in the future with longer and more expansive studies.

Even though more research needs to be done, some poor habits can affect your overall health, and may even contribute to aging.

Some of these unhealthy habits include smoking, eating a poor diet, and leading a sedentary lifestyle. Having too much stress, not getting enough quality sleep, and drinking too much alcohol can also wreak havoc on your health.

Over time, scientists will learn more about aging. More information about defying the aging process could potentially be discovered too. Until then, there are things you can do now that will help you age gracefully and healthily.

Getting physical activity every day is considered one of the best ways to live better and likely longer, according to the National Institute on Aging. Even Snyder has started lifting weights in an effort to stay healthy and see how it could influence his aging pathway over time.

There are other easy ways to stay healthy too. For starters, maintaining a healthy weight is essential for your health. Engaging in your favorite activities is also a great way to lower the risk of mental health problems.

Further, your diet plays a big role in your health too. Make sure you eat a balanced diet with fruits, vegetables, protein, and whole grains. It’s also a good idea to limit your intake of red meat, processed foods, and sugar.