Addicted to Shopping: 5 Things to Know About Compulsive Buying Disorder 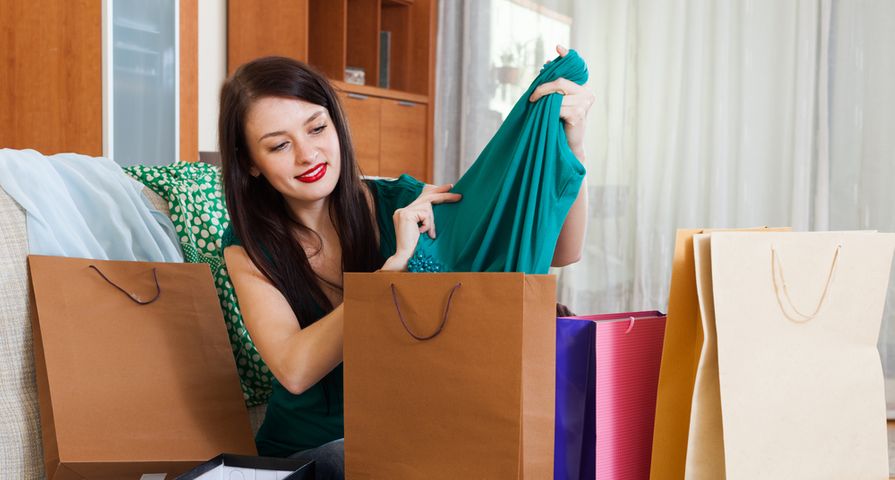 Symptoms and Causes of Schizophrenia

The term shopaholic is often used to playfully describe a friend that spends just a little too much time at the mall, but an addiction to shopping is a very real issue. In the United States alone, approximately 18 million people suffer from a “compulsion to spend money, regardless of need or financial means,” says Healthline.com.

And the surge in online shopping over recent years now makes easier than ever to purchase unnecessary items from anywhere and at any time of day. Of those who have compulsive buying disorder, referred to medically as monomania, approximately 90 percent are women. Although recent studies have shown that the proportion of men affected by the disorder is on the rise. Here are five things to know about this concerning condition…

1. How it Differs from Casual Shopping

Since shopping is a common activity in day-to-day life, and is a particularly popular pastime in North America, it may be challenging to identify someone as having compulsive buying disorder. But there are distinguishable differences between those with the disorder and people who shop casually.

Dr. Fraser from the McGill University Health Centre explains that a lack of impulse control is a major indicator. He says that the person may spend “so much time looking for sales that it interferes with their daily activities.” Another factor is that, while most people shop for pleasure or for the purpose of attaining something specific, those with compulsive buying disorder make purchases to combat feelings such as stress or emptiness.

2. Similarities to Other Addictions

For compulsive buyers, making purchases is a method for coping with negative feelings or conditions such as stress, anxiety and depression. But it is a very short-lived solution, as the pleasure experienced during the purchase process wears off quickly. In order to get that sensation back, the person has to buy something else, and so it continues.

This is a very similar cycle as other addictions like gambling, alcohol or substance abuse, where people believe that engaging in the activity will make them feel better. But after a brief high, it often leaves them feeling worse. In some cases, people may become compulsive buyers in addition to struggling with these addictions or impulse disorders.

There’s no one particular thing that can lead to compulsive buying disorder, but it is commonly associated with other psychological conditions such as emotional deprivation in childhood, an inability to cope with negative feelings, and the need to fill an inner void. It may also be linked to those who are approval seeking, struggling with perfectionism, or have a need to be in control.

Those with compulsive buying disorder also tend to come from families in which other members are affected by it or similar conditions—such as mood disorders or drug addiction—which may suggest that the behaviors are hereditary.

People with compulsive buying disorder may seem like they are wealthy and have plenty of expendable income for shopping, but the reality is often much different. In order to continue feeding their purchase addiction, they may max out their credit cards or continually open new ones; unable to pay off the debt they’ve accumulated.

Other common symptoms may include obsessing over making purchases on a regular—daily or weekly—basis, but the items they buy are often unnecessary and go unused. They may also exhibit regret or remorse after buying certain things, but such feelings do not hold them back from attaining more. And if caught, they may resort to stealing or lying in order to continue shopping.

Treating a shopping addiction can be challenging, as a certain amount of it is necessary to attain the food, clothing and personal items required for day-to-day life. With the exception of rare cases in which a person needs to be cut off from spending entirely, compulsive buying disorder is most commonly treated through counseling and behavioral therapy.

Mental health professionals can help to determine the where the addiction stems from. In some cases they may recommend medication, but the treatment primarily focuses on helping the patient develop impulse control and identify the factors that trigger their buying. This allows them to develop “new, healthy ways of thinking, feeling, and acting,” says Healthline.com.