Fascinating Things About The Brain 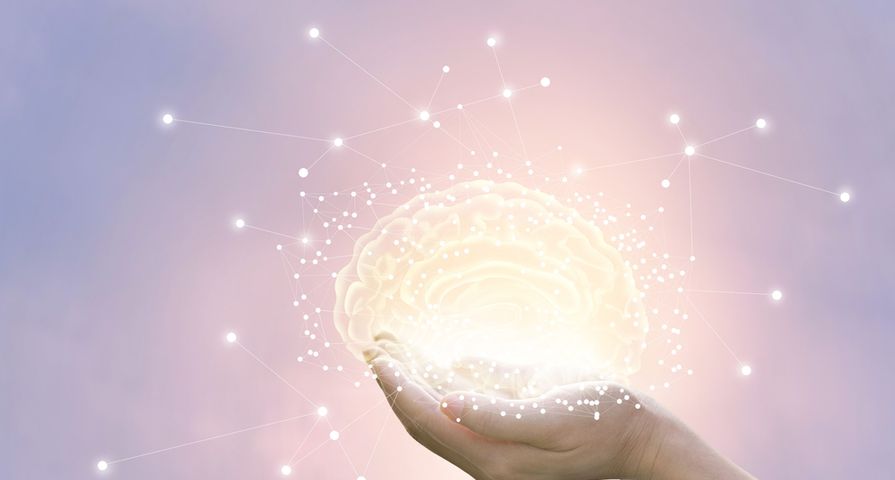 Your brain—it controls all of your mental functions and physical functions, whether you’re aware of it or not. It is a powerful supercomputer that science is still learning about, and will literally blow your…well, mind when you look more closely at its capabilities.

While scientists are making strides in understanding how different parts of the brain fire to control certain functions, there’s still a lot about our minds that are a mystery. Let’s take a look at nine fascinating facts about the human brain…

1. There are Trillions of Synapses

A synapse is basically brain neurons (nerve cells) communicating with one another via electrical or chemical signals. Human-Memory.net has some staggering figures relating to this topic. The source notes the average human brain contains about 100 billion neurons that can be connected to up to 10,000 other neurons (other sources present varying numbers of neurons, but the numbers are still crazy).

When you do the math based on info from Human-Memory.net, there are as many as 1,000 trillion synaptic connections, “equivalent by some estimates to a computer with a 1 trillion bit per second processor,” explains the site. For some context, modern home computers can perform at 4 GHz or higher, which is 4,000 million cycles per second. A trillion is a million times a million. Does your head hurt yet?

2. It Has Almost Unlimited Storage Capacity

According to a site called Synap that cites scientific research, “There is virtually no limit to the amount of information you can remember.” It adds that our brains essentially have “unlimited storage capacity” that equates in computer terms to 2.5 petabytes of data—that’s 2.5 million gigabytes. Let’s just say you wouldn’t need another hard drive anytime soon.

While this overall storage capacity is massive beyond comprehension, our short-term memory (think of it as RAM or temporary memory on a computer) can only hold a fraction of that. “The original research into short term memory says we can only remember 5 to 9 pieces of information there at any given time,” it offers. Try this yourself by having someone put a list of 25-words in front of you for couple of minutes and then trying to recall more than nine.

When we learn more, it strengthens neural pathways, which is something scientists refer to as neuroplasticity. These aren’t just words; there are changes in the brain taking place when you learn something new or have a new experience, explains EduTopia.org.

When you engage in an activity repeatedly and start learning it as second nature (for example, if you’re learning how to play guitar), neural pathways in the brain will “shape themselves according to that activity or memory,” it explains. Those pathways will fade if you stop practicing, because the brain recognizes it doesn’t require as many resources for that function.

4. It Can Repair Itself

In certain situations, the brain can rebuild itself following trauma (stroke) or brain damage from an injury—something that wasn’t thought to be possible not very long ago in medical history. However, the age of the individual is key as well. “For instance, damage to the left hemisphere of the cerebral cortex after 5-years of age leads to permanent disruption of language ability,” explains General Psychology.

There are 3-ways the brain can rebuild, according to the site: “collateral sprouting”, which is like a “spider fixing a hole in its web”; “substitution of function,” where another part of the brain takes over the job of a damaged section; and “neurogenesis,” which simply means new neurons are forming. This could be an area of research that could help Alzheimer’s patients, adds the source.

Like most other components of your body, your brain has a high water content—about 73-percent, to be more specific, according to BeBrainFit.com. You can imagine now how dehydration can affect your overall function.

In fact, the source notes, “It only takes 2-percent dehydration to affect your attention, memory and other cognitive skills.” It adds that 90-minutes of sweating “can temporarily shrink the brain as much as one year of aging.” Better go grab yourself a glass of water if you haven’t had one recently. (Unless you enjoy having a smaller brain.)

6. Brains Require a Lot of Energy

While your brain only accounts for about 2-percent of your body’s weight, according to BeBrainFit.com, it’s very demanding (and it should be, as it’s pretty important in the hierarchy of bodily organs).

In fact, the source notes that this 3-pound slab of grey matter consumes about 20-percent of your body’s total energy and oxygen intake. That means having 5-brains would use up all your energy. (We just like to make calculations when we have this kind of data, we’re not suggesting anyone will end up with 5-brains).

That’s right, they sure do. We also happen to be using that headline as a clever way to mention there are different types of brain matter with different functions. While “gray matter” is usually the one most mentioned, it actually only makes up 40-percent of the brain, according to Nursing Assistant Central.

The brain’s gray matter is where the neurons live, “which gather and transmit signals”. Meanwhile, the “white matter” (the other 60-percent) of the mind is comprised of “dendrites and axons, which create the network by which neurons send their signals.” Boiled down to simplistic terms, gray matter is the vehicles and white matter is the roads and bridges (sort of).

8. The Part that Makes Us Human?

Scientific American notes that humans have the unique ability to be aware of their own ability to think, which distinguishes us from most animals in the kingdom. This self-awareness is called “metacognition” and it’s associated with the prefrontal cortex, according the source.

9. The Brain Continues to Develop into Adulthood

From the time you’re a fetus till the time you’re legally an adult in the U.S., your brain is still developing. During early pregnancy, neurons develop at an amazing 250,000 per minute, according to Nursing Assistant Central. According to the same source, a newborn’s brain will triple in size in the first year alone. (Here’s something else to consider: a baby’s brain has all the neurons of an adult brain in a smaller package.)

It doesn’t stop developing until you’re well into your 20’s, it adds. The prefrontal cortex—that important component of the brain we mentioned earlier and also controls impulses as well as our ability to admire our own reflection at the gym—doesn’t stop developing until around age 25 (this may explain why you may have done some riskier things as a youth, even when you were 19).