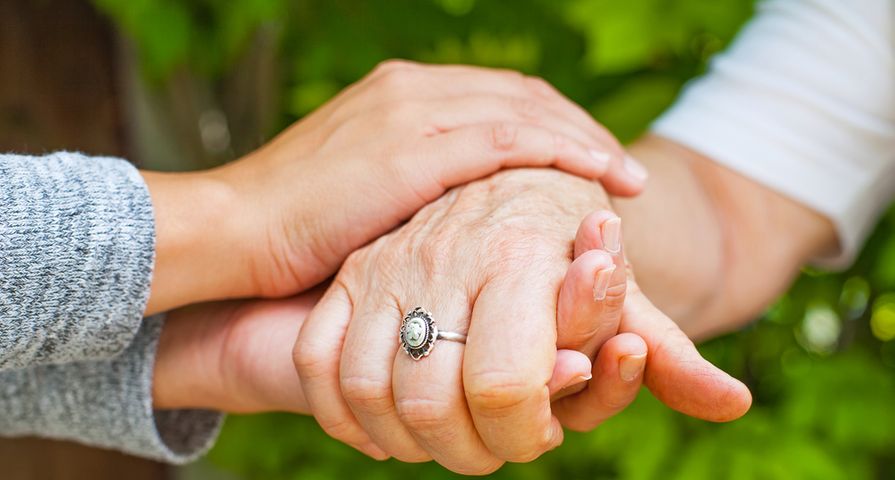 Of all the medical diagnoses one can receive, that for Parkinson’s disease might be one of the most devastating. That’s because, as many people are aware, Parkinson’s disease involves the steady deterioration of nerve cells, which in time can leave an individual unable to perform simple daily tasks, like bathing, feeding, or clothing themselves.

For these reasons (and many others), it’s important that anyone who receives a Parkinson’s disease diagnosis take a number of critical steps towards coping with their situation. It starts with education and leads to actions that can have a significant impact on alleviating some of the most problematic symptoms associated with the disease…

The first step anyone diagnosed with Parkinson’s disease should take: learning more about the disease. That starts with understanding how it affects the body, including its impact on the brain and the body’s nerve cells.

For many people, this may mean heading online to peruse the many websites and digital journals that discuss Parkinson’s disease. This is a good idea, but shouldn’t be the only step one takes to learn more about the condition. It’s important that anyone diagnosed with Parkinson’s disease have lengthy discussions with their physician and other, qualified medical professionals who understand the disease and its various stages.

Many people who receive a diagnosis for a serious medical condition, such as Parkinson’s disease, react by isolating themselves from others. This is understandable, as many Parkinson’s disease patients come to see themselves as different than their friends, family and colleagues. It’s simply a part of coming to terms with this kind of diagnosis.

That said, this kind of self-isolation can be problematic. It can intensify the depression that tends to accompany a Parkinson’s diagnosis. The best solution to this problem is getting out more and spending more time with friends and family. Sharing how you’re feeling with those closest to you can be a valuable coping mechanism.

The first response to a Parkinson’s disease diagnosis may be to cease participating in many of the activities, especially physical activities, that one previous enjoyed. This is often a side effect of the depression and anxiety that can accompany a diagnosis.

But being physically active can help fight many of the mental health issues that tend to make living with Parkinson’s disease more difficult than it needs to be, according to the National Parkinson Foundation. That’s because physical exercise releases endorphins that can help maintain or even boost our feelings of satisfaction. Exercise can also help us improve our physical endurance and help us resist fatigue. So, don’t give up on being physically active—it’s worth the effort.

4. Talk to a Mental Health Professional

While it’s a great idea to speak with your friends and family about a Parkinson’s disease diagnosis, including the feelings of stress and sadness that can sometimes accompany that diagnosis, they may not have the expertise required to help you understand the disease and how to cope with it.

For that reason, it’s a good idea to speak with a mental health professional who is trained in helping people manage a diagnosis associated with a serious physical illness, like Parkinson’s disease. A psychiatrist, psychologist, or social worker can help you take steps to understand your illness and develop methods for effectively dealing with the mental health issues that result.

5. Continue Doing The Things You Love

A diagnosis of Parkinson’s disease might make everything you enjoy doing—whether it’s reading, traveling, listening to music, playing video games, getting together with friends, or watching sports—far less important than they were before. But, in reality, continuing to enjoy these kinds of activities is even more important after receiving a Parkinson’s disease diagnosis.

That’s because doing the things you love can help take your mind off the illness. More importantly, they can help alleviate stress, which if left untreated could have a compounding effect on your overall health and wellness. That’s why many physicians and mental health experts recommend anyone diagnosed with Parkinson’s Disease keep doing the things they love—even if that can take more effort than ever before.

Years ago, the idea of visiting a psychiatrist to explore one’s mental health problems and to, if necessary, take an antidepressant, was widely derided. Even today, when mental health issues and their serious consequences are openly discussed, many people continue to remain hesitant to take medications designed to help alleviate the symptoms associated with anxiety and depression, according to this study from the Michael J. Fox Foundation.

Indeed, antidepressants are hardly perfect—many have side effects that can make life more, and not less, difficult. But not all people suffer these side effects and, in many cases, antidepressants can have a significant impact on alleviating mental health issues. So, if a Parkinson’s disease diagnosis has left you feeling anxious or depressed, don’t be afraid to have a candid conversation with your doctor about taking an antidepressant.

7. Speak with a Support Group

While those diagnosed with Parkinson’s disease may see a lot of benefit to talking with their friends, family members, and doctor about their health, they may receive additional help by seeking out support groups consisting of people sharing similar experiences. For example, people who are also dealing with Parkinson’s or other disease that harm the nervous system.

There are several benefits to speaking with a support group of this kind. For one, it will help a patient see that there are other people facing similar challenges; in other words, they are not alone. Second, it will help a patient better understand the disease and prepare for what’s to come. Finally, it will give a Parkinson’s patient a forum for expressing their feelings and, in turn, alleviating the stress that can build up following a Parkinson’s disease diagnosis.

Upon being diagnosed with Parkinson’s disease, many people will fall into a depression or struggle with anxiety. In seeking help for these mental health issues, they may speak with their doctor about taking antidepressants. However, some Parkinson’s patients may feel uncomfortable about the idea of taking medication that can come with serious side effects.

The good news is that there are some natural remedies that can help with depression, anxiety, and even some of the physical symptoms that come with a Parkinson’s disease diagnosis. One common natural treatment is from WebMD.com, which suggests uric acid, vitamin E, and coenzyme Q10 or biofeedback, massage, acupuncture, and chiropractic yoga among alternative treatments that have shown some benefits in Parkinson’s studies.