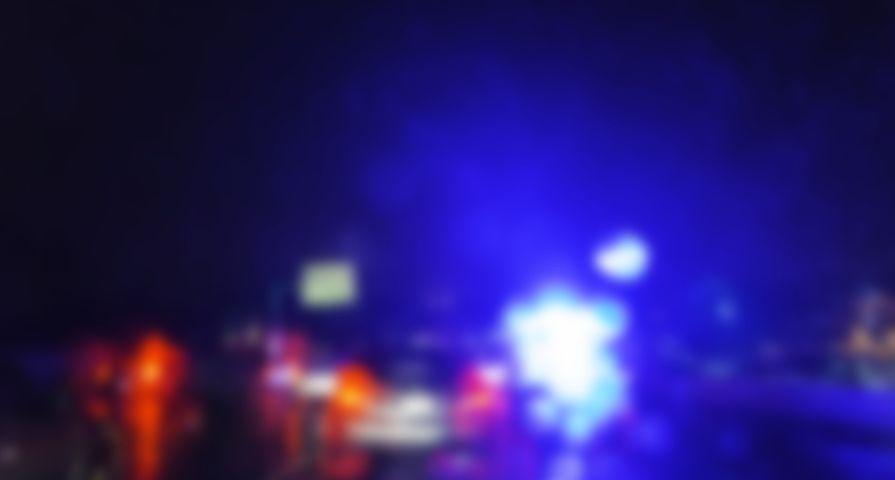 We’ve all seen the commercials that show carnage in the wake of an impaired driver, but yet people are still getting behind the wheel after consuming alcohol or drugs. This problem can be especially bigger around major holidays, which of course include Christmas and New Year’s Eve/Day.

Outgoing U.S. President Barack Obama designated December as National Impaired Driving Prevention Month in 2012, and the tradition continues. Youth.gov notes that each year, around 30-million Americans drive drunk, and another 10-million will take to the road while on illicit drugs. Here are eight facts to keep in mind as we dive deeper into the holiday season…

While there are impaired driving cases in all age categories, the number of youth that drive drunk (and are under the legal drinking age, by the way) is staggering. Youth.gov explains that a 2010 survey by the Substance Abuse and Mental Health Services Administration revealed that more than 13-percent of drivers aged 16-and older drove under the influence of alcohol.

2. Many Drunk Drivers are Repeat Offenders

According to Mothers Against Drunk Driving (MADD) based in Texas, up to 75-percent of convicted drunk drivers will get behind the wheel again, despite having their driving privileges put on hold by the authorities.

Further to this, the source also notes that about 1-third of all drivers that are arrested or convicted of drunk driving are repeat offenders. Keep in mind that statistics cites by MADD suggest that of 300,000 drunk driving cases per day, only 3,200 result in arrests.

Centers for Disease Control and Prevention (CDC) explain that 28-people die every day in the U.S. as a result of a driver under the influence. That’s more than 1-death per hour, it points out (every 53-minutes, to be exact).

In total in 2014, more than 9,900-people died in alcohol-related crashes. Sadly, of this number, 19-percent of the 1,070 children (aged 0- 14) that died in a traffic incident that year was the direct result of a drunk driver, adds the source. That amounts to more than 200-children, if you don’t want to do the math.

4. Drugged Driving Cases on the Rise

DrugAbuse.gov explains that although alcohol is largely to blame for impaired driving injuries and deaths, marijuana use can also impair judgment and slow reaction time behind the wheel. “Research studies have shown negative effects of marijuana on drivers, including an increase in lane weaving, poor reaction time, and altered attention to the road,” notes the source, adding that alcohol is often added to the mix.

The 2014 National Survey on Drug Use and Health shows 10-million people aged 12 (yes, 12) or older reported driving on drugs. Meanwhile, an article in LiveScience explains that since pot was legalized in Washington state, the number of impaired cases with evidence of marijuana use has doubled.

5. Look Away from These Distracted Driving Stats

Awareness month focuses on all impaired driving situations, and that includes distracted driving (for example, glancing down at your cell phone to read a text). Explains the CDC, “It only takes seconds for a crash to happen. Distracted driving makes crashes all the more likely.”

Here are some somber numbers attached to distracted driving: 3,328-people were killed in distracted cases in 2012, while another 421,000-people were injured. This problem seems to be especially prevalent in the U.S. versus Europe –the CDC cites a study showing about 1-third (33-percent) of American drivers texted or read a text while driving, compared to 15-percent in Spain.

6. It Costs More than Lives

While losing a loved one in a crash is of course the worse case scenario, because they can’t be replaced, the monetary cost of DUI cases in the U.S. is staggering. According to information presented by West Virginia University, alcohol-related crashes cost taxpayers around $51-billion a year.

The source also notes that costs to a drunk driver can be quite high as well, with around $5,000 in fines, mandatory treatment programs, insurance hikes, and hiring a lawyer (getting sued is a whole other matter).

7. Perception of Impairment Drops with Impairment

You may be thinking that with all of these personal loss and financial risks on the table, why would anyone in their right mind want to drive after a night of partying? Well, it comes down to perception of how drunk you are after consuming alcohol, notes ReachOut.com.

“Alcohol may make you feel confident and more sociable at first, but the alcohol is essentially tricking your body into feeling that way,” notes the source. Alcohol dulls your ability to plan, while stimulating relaxation, which is a bad combination if you’re operating a heavy piece of machinery. While you have all these “I feel great” thoughts floating around in your head, your nervous system meanwhile has been depressed, which causes lower reaction times.

8. Being Bigger Doesn’t Always Mean you Can Handle More

A common misconception is that having a larger perceived mass means you can knock back more drinks and drive away without failing a sobriety test. But that’s only part of the truth (not that we recommend testing the system).

The Alcohol and Drug Foundation notes that body fat plays a role in your blood alcohol content (BAC). While it’s true that a person that weighs more will have a lower BAC when the same number of drinks are consumed, those with a higher level of body fat will develop a higher BAC faster, because alcohol isn’t absorbed into fatty tissue. Bottom line: a person with excess body fat may appear “bigger” than a person who is thinner, but if they weight the same (due to muscle mass), then the “bigger” person will be drunk faster.