Signs and Symptoms of Cerebral Palsy to be Mindful Of 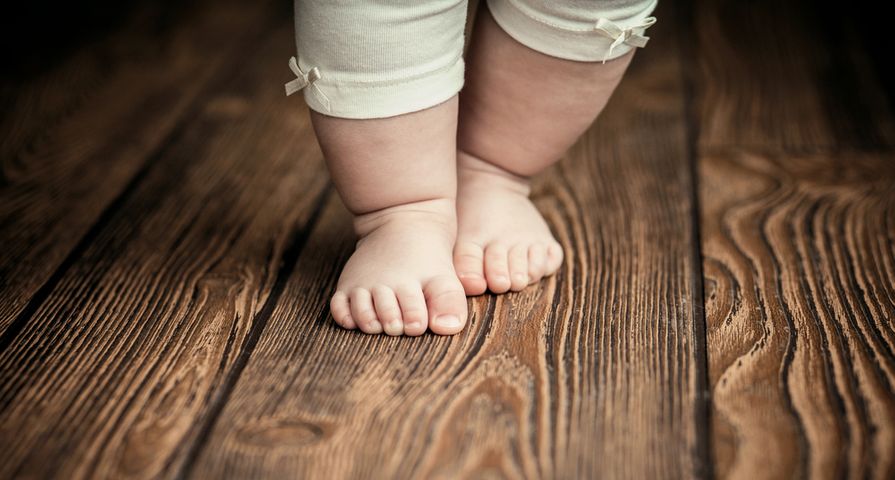 Listen Up: These Habits Cause Hearing Loss

Cerebral palsy is the term used to describe a group of permanent movement disorders that are caused by the brain’s inability to control the muscles. It is often the result of a brain injury or problem sustained during pregnancy or birth, although in most cases signs are not immediately apparent.

As the child grows and develops, and so too does the brain, symptoms will begin to present themselves. This may happen within the first several months, or once the child reaches three to five years of age. The following are the eight signs to be mindful of at various stages of development.

One of the primary symptoms of cerebral palsy is impairment or variations in muscle tone. This is often noticeable in infants with the disorder, as they may seem either too stiff or too floppy when being picked up.

The Cerebral Palsy Alliance adds that the baby may also be “unable to hold up his/her own head while lying on their stomach or in a supported sitting position.” As toddlers or young children, they can struggle to sit, stand and maintain posture, because muscle tone is essential for these bodily movements.

A child with cerebral palsy may also experience muscle stiffness. In some cases, muscle reflexes may continue to function as normal, despite the stiffness. This is known as rigidity.

In other cases, however, muscle stiffness is accompanied by exaggerated reflexes—a condition known as spasticity. According to CerebralPalsy.org, these abnormal reflexes can include asymmetrical or symmetrical tonic reflex, palmer grasp reflex, and spinal gallant reflexes.

3. Lack of Muscle Coordination and Balance

A lack of muscle coordination may also occur in children with cerebral palsy, causing poor coordination and balance. This is known as ataxia, and most impacts a child’s ability to perform tasks that require fine motor function, such as tying shoelaces, buttoning clothes or using scissors.

Impaired balance, on the other hand, can affect a child’s ability to sit, rise from a sitting position, crawl or walk. CerebralPalsy.org says some signs to look for include requiring both hands for support while sitting, swaying when standing, and needing hands for activities that require balance.

Those with cerebral palsy may also struggle to grow and develop at the same rate as other children their age. In babies, the Mayo Clinic says this may impact motor skills such as “pushing up on arms, sitting up alone or crawling.” An inability to independently roll over by six months of age is also common.

As they become toddlers, developmental delays may be most noticeable if they aren’t walking by 12-18 months old or are not speaking simple sentences by 24 months of age.

How to Talk to Kids About Chronic Illness

The impairment of muscle coordination and control caused by cerebral palsy can also impact a child’s ability to walk. These are known as gait disturbances, of which there are several types, including in-toeing—where the toes angle or rotate inward—and out-toeing, which is the opposite.

Other types include spastic and scissor gait, which CerebralPalsy.org describes as when “the hips flex slightly making it look like the child is crouching while knees and thighs slide past one another like scissors.” Waddling gait, characterized as a duck-like walking pattern, can also occur, although it tends to appear later in life.

Oral motor problems are also common to those with cerebral palsy, which are caused by spastic movements of muscles in the face. In babies, this can affect their ability to breastfeed or suck on a bottle.

This lack of muscle control may also impact a child’s ability to communicate, breathe, and close their mouth. Eating often becomes a challenge as well, in additional to excessive drooling, because it is hard for them to swallow.

As cerebral palsy is caused by abnormal brain development or injury, it is not uncommon for those with the disorder to experience neurological issues. These issues can include difficulty hearing or seeing, or vision loss (blindness).

Other neurological problems can include seizures or intellectual disabilities, although WebMD says that these symptoms are more likely to occur in those with severe cases of cerebral palsy.

Another common sign of cerebral palsy is that a child may favor one side of his or her body. You may notice that they tend to reach with only one of their hands, or drag one leg while crawling.

Spastic or slow, writhing movements may also occur. According to CerebralPalsy.org, spastic movements occur because “the muscles are too tight resulting in muscle spasms, scissoring of the legs, clonus, contracture, fixed joints, and over-flexed limbs.” While, slow, writhing movements, the source says, are due to fluctuating muscle tone and can worsen with stress.