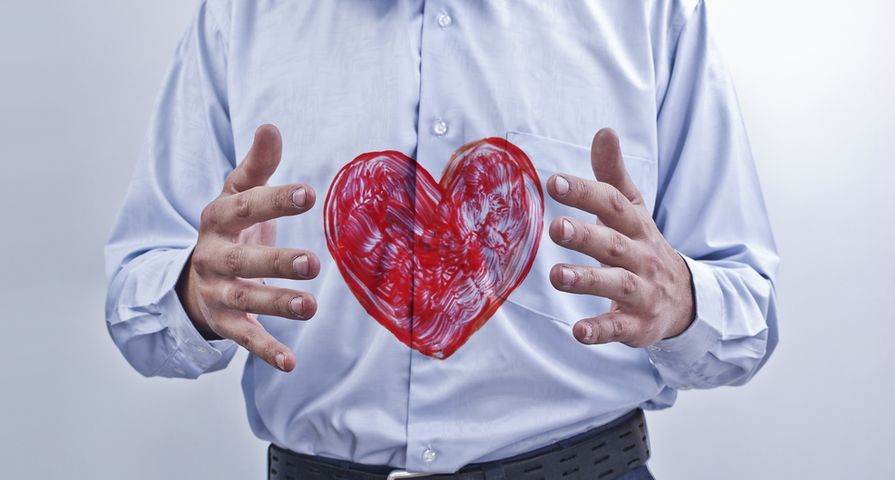 Research published in the journal Nutrition Research reports that roughly 42-percent of American adults have vitamin D deficiency. Dubbed the “sunshine” vitamin, it certainly has a sunny disposition on our general health and wellness. For instance, adequate vitamin D levels protect us from several forms of cancer (i.e., prostate and breast cancers), lower the risk of depression, and ensure strong immunity.

Alternately, vitamin D deficiency—which, according to the journal American Family Physician, is defined as a blood level of 25-hydroxyvitamin D (the major form of this vitamin) less than 12-ng/mL in adults —can leave us exposed to all sorts of scary diseases and illnesses, including early death.

Think you might have a Vitamin D Deficiency? Increase your intake with NatureWise Vitamin D Supplements (4.5+ rating on Amazon with over 10K consumer reviews). (As an Amazon Associate this site may earn from qualifying purchases.)

For the sake of your heart, the American College of Cardiology would like you to know that low levels of vitamin D increase your risk of coronary artery disease (CAD) by about 32-percent. Their research also claims a 20-percent increase in other heart-related diseases that impact the heart’s blood vessel system.

On the other hand, researchers at the American College of Cardiology, report that adequate supplementation of vitamin D (at least 600-IU per day) strengthen immunity and reduce immune-related inflammation, which can extend to the heart and increase the overall risk of CAD.

A growing body of research, featured in the journal Neurology links low vitamin D levels to a higher risk of developing dementia and Alzheimer’s disease. Shockingly, vitamin D deficiency is considered to increase the risk of Alzheimer’s disease by as much as 122-percent.

As research continues in the area of cognitive decline and vitamin D deficiency, studies show that even moderate deficiency in the sunshine vitamin can increase an individual’s risk of developing dementia by 53-percent as compared with those with adequate vitamin D intake.

Research featured in the Journal of Clinical Endocrinology & Metabolism notes that, if you develop cancer, your chances of survival increase depending on vitamin D intake. For instance, cancer patients with high vitamin D levels are considered to have better chances of remaining in cancer remission and of surviving the disease overall as compared with those who have low vitamin D levels.

Scientists claim that cancer patients can increase their rates of survival by up to 4-percent with every 10-point addition to the vitamin D level—particularly for those with colorectal cancer, breast cancer, and lymphoma, who doubled their chances of survival due to adequate vitamin D levels.

Copper Deficiency: Some Elements To Consider

Researchers claim that vitamin D deficiency increases the likelihood of developing pneumonia by 2.5-times, due to weakened immunity. The same study suggests that low levels of vitamin D also increase the risk of other forms of respiratory illness.

Akin to lowered immunity, vitamin D deficiency has long been linked to depression. A study published by the British Journal of Psychiatry reports that inadequate levels of vitamin D in the bloodstream will double the chances of a depression diagnosis.

After monitoring more than 31,000 study subjects, researchers noted a drastic loss of function in the hippocampus area of the brain (which harbors vitamin D receptors and helps regulate mood) due to low vitamin D levels compared to study participants with adequate vitamin D levels.

7. Higher Levels of Pain and Inflammation

Research published in the Journal of Arthritis Care & Research found that low levels of vitamin D in the blood elicit an inflammatory response, wherein the immune system strikes painfully at the joints.

The National Cancer Institute considers patients with higher levels of vitamin D in the blood as less likely to develop prostate cancer (in addition to colorectal, breast, and pancreatic cancers). However, the chances of prostate cancer are considered up to 5-times greater if vitamin D levels are low in men.