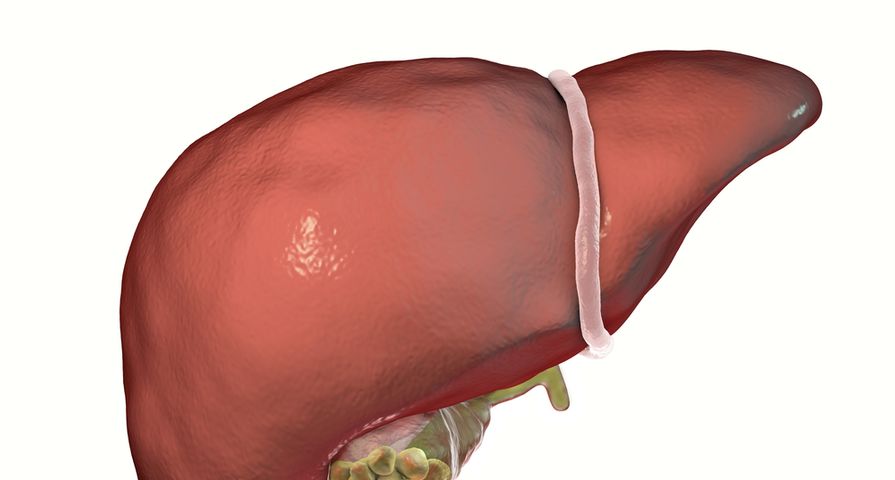 There’s a good chance you’ve heard of gallstones, but what you may not know is that they’re not really stones at all. Instead, they’re bits of organic matter that gather together in the gallbladder, the organ residing just below the liver in the human frame. Gallstones can actually form without causing any significant health problems — it’s when they make their way into vital areas, such as the duct responsible for carrying bile, that they begin to cause issues.

There are two basic types of gallstones: cholesterol stones and pigment stones. Cholesterol stones are far more common, with experts indicating that the represent about four in five cases. Pigment stones are smaller and typically made of a bile-like substance. Both types of gallstones can cause serious problems — so what are the major risk factors for developing them?

As with many health conditions — both serious and mostly harmless — genetics play an important role in determining if you will have issues with gallstones. For this reason, it’s a good idea to discuss gallbladder problems with your family members, keeping in mind that if someone close to you had issues with gallstones, there’s a good chance you will too.

The good news is that you can do a number of things to limit your risk of developing gallstones, even if your genes increase your risk. By maintaining a healthy weight and diet, you can do a lot to cut down the chances that you’ll experience gallbladder problems, including gallstones.

Failing to maintain a healthy body weight and indulging in rich and highly processed foods on a regular basis can both play important roles in significantly increasing your risk of developing gallbladder problems like gallstones.

That’s because most gallstones are made up of cholesterol. If your diet includes too much cholesterol — ingested through high-fat, high-calorie foods — then you will significantly increase your chances of developing gallstones. By focusing on following a leaner, high-fiber diet consisting of lots of fruits and vegetables, you can go a long way towards reducing your weight and your risk of struggling with gallstone problems.

Everyone enjoys the occasional alcoholic drink, but indulging in these types of beverages too often can present an individual with a wide range of serious health problems. In fact, alcoholism plays an important role in increasing one’s chances of developing significant gallbladder problems, including gallstones that can become wedged in the bile duct.

The link between alcoholism and gallstones is simple: it’s because many gallstones are formed from pigment stones, which are more likely to develop when an individual is struggling with cirrhosis of the liver, a problem often caused by over-consumption of alcoholic beverages. If you are an alcoholic or have struggled with alcoholism in the past, be sure to talk to your doctor about your chances of developing problematic gallstones.

Today, birth control medication is prescribed for a variety of reasons, some of which have nothing to do with drastically limiting the chances of one getting pregnant. In fact, the birth control pill has been used to prevent migraine headaches, the buildup of acne, and more.

Unfortunately, birth control pills — as well as hormone replacement medications (often used during menopause) — have been linked with increased risk of developing gallbladder problems, including gallstones. The issue is the increased amount of estrogen in the body — specifically, it can raise the body level of cholesterol, which is what many gallstones are made of. Birth control medication can also make it harder for the gallbladder to completely empty, increasing the chances of complications.

One of the most visible problems in North America today is diabetes, and specifically type 2 diabetes. That’s because, unlike type 1 diabetes, which emerges early in a person’s life, type 2 diabetes usually develops later in life as a result of poor diet and obesity.

Although diabetes may not have a direct connection to gallbladder problems and the chances of developing gallstones, people with diabetes do tend to have higher levels of fat in the blood. This issue has been linked to the development of gallstones, which can become especially problematic if they become wedged in a sensitive area like the bile duct.

You would think that, because most gallstones formed in the gallbladder are made up of cholesterol, that people on medication designed to reduce cholesterol levels would not be at risk of developing gallstones.

Unfortunately, the opposite can be true, as many medications designed to lower cholesterol can actually increase the amount of cholesterol present in an individual’s bile. Because this is often where gallstones are formed, drugs targeting cholesterol can cause problems in the gallbladder even while they’re helping bring down the chances that one will develop other health problems associated with high cholesterol, like heart disease and stroke.

One of the most remarkable characteristics of the human body is its ability to repair itself, particularly when an individual starts making healthier lifestyle choices involving their diet and exercise. This means that someone who has followed a less healthy diet in the past can overcome or even avoid many health problems by losing weight and becoming more physically active.

Unfortunately, especially rapid weight loss can actually cause some significant health problems. That’s because losing weight very quickly tends to increase the amount of cholesterol produced by the liver; and because most gallstones are made up of cholesterol, the chances of developing serious gallbladder problems can spike. If you’ve recently embarked on a weight loss plan that’s been successful, you should talk to your doctor about your chances of developing problematic gallstones.

During our childhood years, most of us are encouraged to treat everyone equally, regardless of their age, gender, race and ethnicity. Unfortunately, biology isn’t always so fair; in fact, many health problems affect people differently depending on these various factors.

When it comes to gallbladder problems and specifically gallstones, you’re more likely to experience problems if you’re a woman, an older adult, Native American or Mexican-American. If you fall into any of these categories, it may be wise to speak to your doctor about your chances of developing gallstones. This is especially important if you meet any of the other risk factors associated with gallstones, including being obese, having diabetes, or being on birth control.