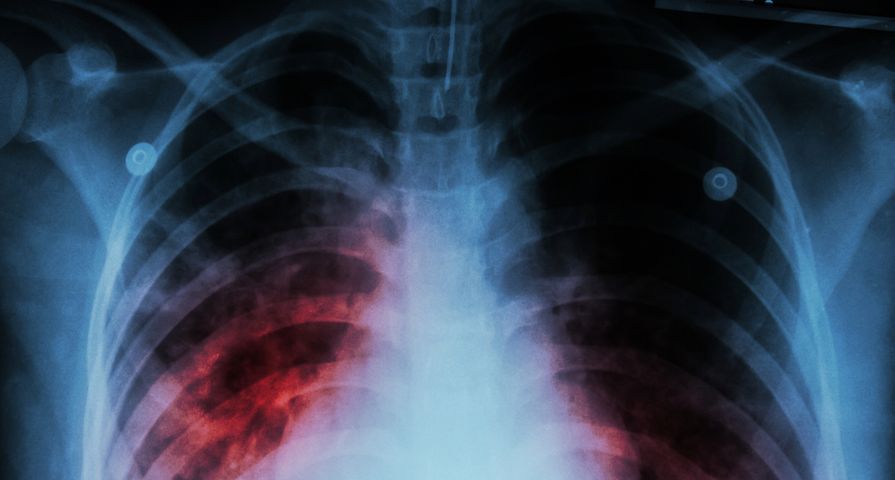 If you’ve taken history in high school or college, chances are you’ve come across tuberculosis, a deadly illness that swept across much of Europe and North America in the 19th century. Symptoms included fever, night sweats, painful coughing, though they often didn’t last long. Sadly, many of the people who acquired tuberculosis (also known as TB) died, with the very young and poor most vulnerable to the illness.

Since the causes of tuberculosis were discovered in the 1880s, the number of infections has decreased substantially. But that doesn’t mean TB is gone forever. In fact, it still has a visible impact on the world. So, what might you not know about this terrible illness?

1. You Can Spread TB without Feeling Ill

The symptoms of tuberculosis include high fever, constant sweating and harsh coughing, but you don’t need to be experiencing any of these to carry and spread the illness. All one has to do to spread TB is cough, sneeze, or spit. By doing any of these things, they spread microscopic droplets containing the bacteria.

The results can be devastating. Someone infected with TB–whether they know it or not–can spread the illness to between 10 and 15 people without even knowing it. In some cases, an infected person won’t show symptoms of TB until the later stages of its development.

It’s true that, these days, most tuberculosis infections take place in the third world. That’s because most children in first world countries like Canada, Britain, and the United States have ready access to vaccines and treatments for TB.

However, it’s estimated that about five per cent (or about one in 20) tuberculosis infections take place in first world countries. In fact, back in 2013 there were about 10,000 cases of TB in the United States alone.

3. Getting Tested Can be Crucial

The first step towards overcoming tuberculosis is admitting you might be affected or exposed to someone with the illness. It’s important to keep an eye out for the symptoms, including prolonged and intense fever, chills, sweating, chest pain, fatigue, and weight loss among those closest to you and anyone you regularly come into contact with.

A test by medical professionals can help determine if you’re affected. The TB blood test involves place a tiny amount of tuberculin under the skin to see if there’s a reaction. It’s a simple and painless procedure and it could save lives.

4. Antibiotics Could Present a Problem

These days, many doctors are reluctant to prescribe antibiotics for mild cases of the flu, bronchitis, or chest and nasal infections. That’s because the over-prescribing of antibiotics has resulted in a growing resistance to them – in other words, they’re not working as well as they used to.

That problem seriously affects TB treatment. In 2013, about half a million people were shown to have developed serious resistances to drugs designed to treat tuberculosis. It’s believed the over-use of antibiotics has played a role in this troubling trend.

5. Tuberculosis is an Ancient Health Issue

Although many history buffs are aware that tuberculosis caused huge problems in Europe and North America during the 19th century, many people aren’t aware that TB has actually been around for thousands of years.

In fact, archaeologists have discovered that tuberculosis affected the ancient Egyptians about 6,000 years ago – meaning the pharaohs and their families may have succumbed to tuberculosis. Other evidence has shown that TB may have existed in a slightly different form in Africa up to 20,000 years ago.

6. TB is Also Known as “Consumption”

If you’ve read about tuberculosis in your history books, chances are you’ve seen it referred to as “consumption.” There’s a simple reason for that: those affected by tuberculosis literally appeared to wither away, being consumed by a mostly invisible enemy.

The word “consumption” comes from the term “phthisis,” which is Greek and means “to waste away.” This language was first used by the Greeks about 400 years before the birth of Christ.

Ever wondered how people in the 19th century tried to help people with tuberculosis? Until the 1880s and 1890s, scientists and doctors alike knew almost nothing about the illness.

With little science guiding their way, healthcare professionals theorized that good air, a balanced diet, lots of rest, and exposure to sunshine would help control TB. Sanitariums were established in quiet, peaceful areas where all of these things were accessible. Many people were sent to these sanitariums with the hope that a few decent meals and exposure to fresh air would cure a deadly illness. Unfortunately, most were wrong.

Ever wondered where we got the stethoscope? How about the X-ray? Funny enough, both came from doctors treating tuberculosis. The stethoscope was invented in 1816 by French doctor Rene Laennec, who sought a way to hear the functioning of the lungs and heart.

Sadly, TB took Laennec’s life when he was just 45 years old. About 80 years later, Wilhelm Rontgen used the X-ray to diagnose and follow the development of TV. A few years later he won the Nobel Peace Prize for his discovery.