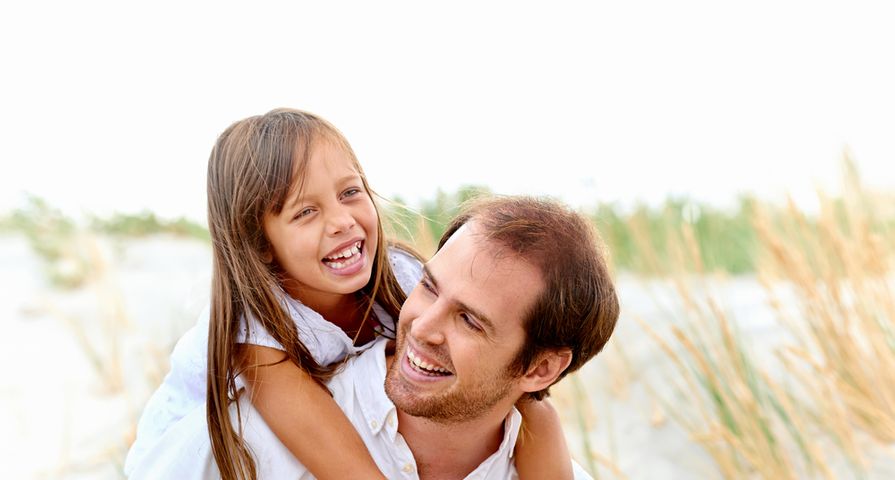 7 Healthy Reasons to Try Something New Every Day
Typically, whenever either my brother or I approached my dad with a question, he told us to, “Go ask your mother.” However, looking back with adult eyes, my pops certainly did share some pretty valuable life nuggets with us. From appreciation of the great outdoors (even if was tent pitched in your own backyard) to the importance of carrying a first aid kit in the trunk of the car (even if I thought I’d never use the thing), dad’s lessons have saved me time after time in situations that could have proven unhealthy and unwise.

Dad was always telling us to, “Go outside and play,” when we were kids. At the time I kind of thought he just wanted to get rid of us for a few hours, but even when he did, he made up for it by taking us camping, fishing, teaching us how to build a fire, helping us pitch a tent so we could sleep under the stars in our own backyard, and pointing out an almost invisible walking stick on the clothesline.

2. The Importance of Sportsmanship

In his quest to make us Toronto Blue Jay fans by forcing us to listen to the game whenever it was on the radio, dad, without even realizing it, taught us to be competitive yet respectful for the opposing team, and passionate yet strategic when trying to accomplish a goal…because that’s what drew devoted supporters like him to the sidelines.

3. There’s No Shame in Being the Underdog

Fuelled by his love of sports, my father had a knack for rooting for the underdog (I did mention that he was a Jays fan). His fervent admiration for British Olympian, Eddie “The Eagle” Edwards, the country’s first ski jumper, comes to mind during the 1988 Calgary Olympic Games. My dad’s confidence in the plucky underdog was due to the athlete’s perseverance and courage to follow his dreams even though he was far from the best…and even if he didn’t win a medal.

4. The Value of Keeping Your Word

My dad showed us the value of keeping our promises by showing up, time and time again to school plays, team sporting events, ballet recitals, to move us from home to school and from school to home, and by simply making the time to be there for our important events even though he may have other stuff going on in his own life. In this we learned the importance of being people that others could count on.

In his demands that I learn how to change a tire and put on my donut under his watchful eye, my dad taught me self-sufficiency. He did the same when he told me it was time I did my own laundry, vacuumed my own room, contributed rent, or cooked a meal once a week for the family.  I was better off as an adult because of, what might have seemed at the time, his tough love lessons.

6. That Others Deserve Respect

My dad was a proud man and many would say that he was a stubborn man, but he was also a respectful man. He treated everyone—from my mother to the guy pumping his gas to the guy picking up his garbage to the wait staff and his favorite pub with the respect that he hoped others would pay him. In this I was taught not only to respect other human beings and animals, but also to respect myself.

7. The Value of Friendship

My dad had a steady stream of friends when I was growing up, “the guys” he liked to call them. Sure, they would gather and drink beer to tinker on some odd household or garden project and mostly just stand around shooting the breeze. However,  they were there for one another when a tree hit a roof or a back was too sore to shovel out a driveway. It’s this lesson that has taught me the true meaning of sticking with relationships through thick and thin.

In his later years, dad never allowed us to leave the house after a visit without saying, “I love you, kid.” Although I often shrugged this off as a man growing sentimental in his old age, it was a certainty something that I took with me into the world—to school exams, to a stressful job, through an unhealthy relationship, to a scary doctor’s appointment, to face failures and fears and obstacles that seemed (at the time) much larger than myself. However, when you know without a doubt that someone loves you and cares about them, and isn’t afraid to express it, you find the courage you need and pass that love along to others in your life that need it.

6 Reasons Why You Need Some Alone Time
X