Home » Your Health » 8 Facts about Placebos That Aren’t Imagined

8 Facts about Placebos That Aren’t Imagined 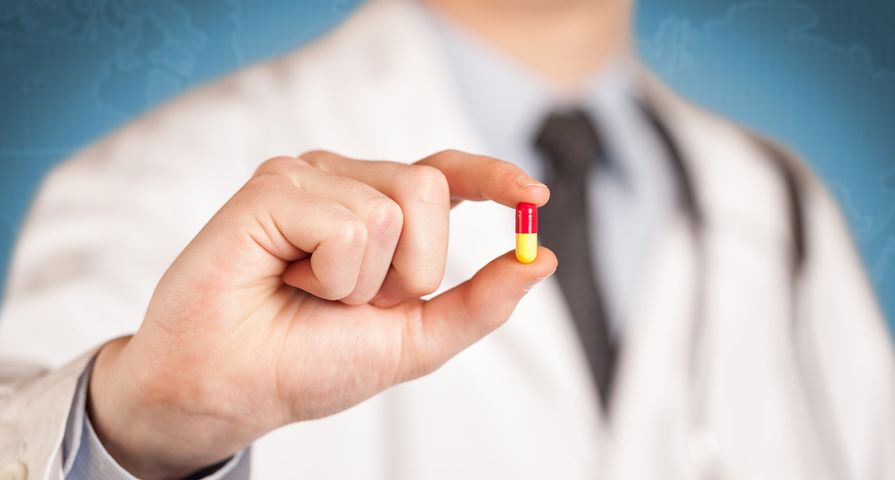 You probably see a lot of inspirational messages in your social media feeds from people telling you to just “think positive” or “have a positive attitude” to heal or feel better. However, while they can clutter up your feed, it turns out the people that share messages like those might be on to something.

Placebos (dummy pills) are used in the medical world to gauge if a medication is actually working, or if the person simply thinks they are being medicated thus feeling some sort of benefit. However, how the power of positive thinking affects each person is still being researched. Here are 8 things to know about placebos…

1. Placebos Were Introduced in 18th Century

According to LiveScience, the first medical patent in the U.S. was for “tractors” (a pair of 3-inch metal rods pointed at the ends), which were a medical device touted to treat sore joints and other pains. However, at the time many medical professionals figured the treatment was nonsense, and the benefits imagined.

Apparently being treated with these metal devices was expensive (at least for the year 1796), and experiments were conducted to determine if the patient saw the same benefits if the tractors were made from different materials such as bone. Wikipedia notes the Connecticut Medical Society denounced the devices as “ delusive quackery.”

According to LiveScience, even if you’re taking a “real” medication, your brain will also benefit from the knowledge that you’re getting treated, thus potentially boosting the perceived benefits of the drug.

The source explains that researchers determine the effectiveness of a drug by measuring (as a percentage) how much better it is than a placebo. “But this percentage is smaller than the difference between taking the drug and getting no treatment whatsoever,” it adds. That means the brain being aware of any kind of pill, potent or not, will trigger a placebo effect.

According to AllWomensTalk.com, the size and shape of the placebo can change its effect on the patient. The source explains, “devices tend to have more positive psychological effects than pills,” while when it comes to pills, large ones that are red or orange have been shown to provide bigger results.

Also, it appears that if you spend more money on a placebo, then your brain will perceive it as being more effective (even if it’s the exact same device as a cheaper one). This could also apply to why people overspend on other items, thinking there must be something special about it.

4. There are Actual Physical Responses from Placebos

TopTenz.org notes the power of placebos is not just all in your head, and that “there’s strong evidence that your body physically reacts to it.” This is backed up by a study by the University of Michigan involving 14-health men, with their jaws injected with a salt solution to induce pain.

When the subjects were given a “cure” for the pain in placebo form, researchers noticed from imaging scans that the part of the brain that releases endorphins was active, thus providing relief to the patients. Endorphins are the same feel-good hormone released through exercise and other activities, and have natural painkiller properties.

5. Placebos Can Still Work Even When You Know

The same source explains that even if you’ve been told or figured out you’re taking a placebo, you could still reap some benefits. A study from Harvard apparently showed this, as half of a group of patients with irritable bowel syndrome were given placebos (and the other half given nothing).

The placebo group was told the pills were made of “an inert substance,” and placebo was even printed on the bottle. Yet, somehow half of the placebo group ended up feeling better by the end of the trail than the other half. “Amazingly, the known placebos worked as well as some of the strongest IBS medication,” it adds.

It’s not just the human brain that can perceive dummy medications as beneficial. According to Listverse.com, drug companies use double-blind medication trials on animals (the same way they are tested on humans).

In one study of dogs with epilepsy, one group was given real medication and the other a placebo, and “the placebo group reacted extremely positively to the drugs,” according to the source. It explains that more recent research shows a phenomenon that makes hamsters’ immune systems become dormant (to preserve energy) if they’re made to believe it’s wintertime. In other words, if there’s some kind of external influence, the animal may have a physiological response to it.

Listverse.com explains that while antidepressant medications are effective, “in recent years doctors have been throwing around prescriptions for depression medications like candy on Halloween.”

Meanwhile, drug companies are reportedly playing down results from studies showing the effectiveness of placebos on depression. Here’s why: while taking a sugar pill could help you out of a deep funk, there are no actual side effects from a placebo (more on this next). It’s no big surprise then that if placebos can give positive results, pharmaceutical companies stand to lose out on some cash.

8. Placebos Can Have Side Effects

LiveScience contradicts some of the information about placebos and side effects, and speaks of a “nocebo” effect, which is “unwanted side effects not actually due to the treatment itself.” The source notes that clinical trials determined ill effects in patients not related to the medications they’re taking.

So in other words, while your mind can play up the benefits of a fake treatment, it can also perceive you’re suffering from some side effects as well. “ This phenomenon is one of a number of reasons why doctors don’t prescribe placebos when they don’t have an effective medication to give,” notes the source.