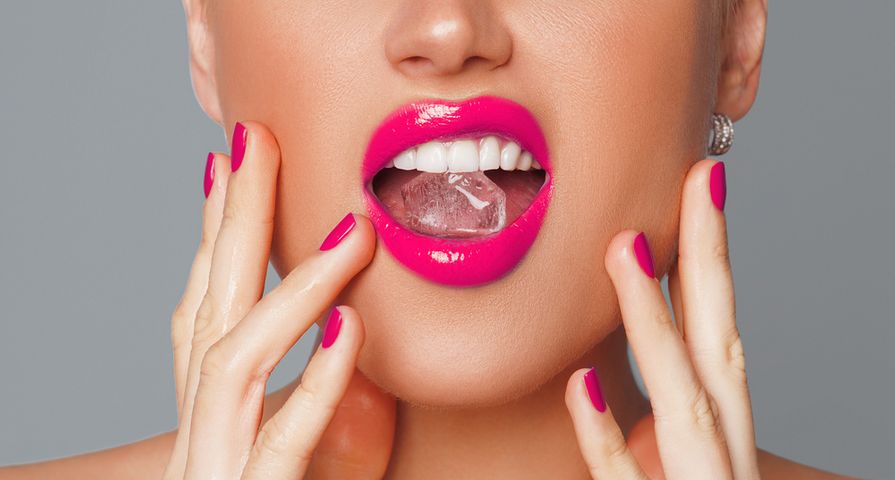 When we think of addictions, our minds usually gravitate towards a few things in particular. However, the science of addiction is complex, and it turns out we can be addicted to some pretty strange things.

While some of these addictions can be relatively harmless (at least physically), they can have the same drawbacks as more traditional addictions from social isolation to loss of job performance. Here are eight of the weirder addictions that have documented around the world…

TopYaps.com talks of a woman that “loves drinking urine,” which apparently gives her a boost of energy. Over a 4-year period, this particular women reportedly drank 900-gallons of her own pee—talk about efficient recycling!

Urine therapy is apparently part of alternative medicine, which uses human liquid waste for medicinal purposes. It is also used for massaging into the skin. Sources point out that urine is mostly sterile, so it may not be dangerous to consume in the short-term (say, if you were locked in the trunk of a car and thirsty), but the byproducts can build up in your system over time and become problematic.

2. Eating Dirt (And Other Objects)

Can you think of eating anything more natural than the earth itself? Well, dirt eating (geophagy) is a thing that people do as a way to absorb sulfur and phosphorous contained inside the soil. While this may seem weird by American standards, apparently “it can be nutritionally beneficial” and is practiced in some cultures around the world.

The cousin of geophagy, called pica, is probably a more dangerous addiction. This is the practice of eating non-edible items from coins to cotton, and this eating disorder can actually be harmful or fatal if sharp items are involved. Those who have died from this have been found to have eaten nails, rocks and more.

This is another strange addiction that can cause damage or death. While PopCrunch.com calls this particular addiction “extremely rare,” its effects can be devastating. The particular inhalants mentioned by the source include seemingly harmless cans of air used to clean electronics.

The contents of these cans contain chemicals like nitrous oxide, “which produces a freezing effect and can actually crystallize the lungs when inhaled,” as well as butane used for lighters, according to the source. What’s more terrifying, notes the site, is that the most common age group that abuses inhalants are 8th-graders. It adds that 22-percent of users die after the first use.

Is it still a diet soda if you drink a gallon of it every day? That’s the story behind one woman detailed in the Mirror UK, who went from enjoying Diet Coke to drinking 4-liters (about a gallon) every day. For 10 years.

The article doesn’t mention any horrible health side effects from this addiction, although it says she was able to kick it with the help of hypotherapy and lost a bit of weight afterwards. She also saved a ton of money—about $1,300 a year—from cutting the soda and switching to water with a “chunk of orange” in it.

There seems to be a lot of addictions that, not surprisingly, involve drinking. However, this one is bloody outrageous, at least to some people on a traditional diet. While most people have no problem watching vampires drink blood on television, the thought of someone actually doing it is another story.

The show My Strange Addiction featured a woman that loved to drink human and animal blood, according to an article from the Huffington Post. The addiction started as a curiosity in her teen years, which quickly became undeniable cravings—she even gets the blood “directly from the source” in some cases (but with someone she is connected with, not a random person in a dark alley). Despite the risk of infectious diseases, she said in 2013 that she wasn’t slowing down. There are other documented cases of this addiction as well.

The Mayo Clinic doesn’t use the word addiction for ice chewing (known also as pagophagia), but rather a craving. It can be classified in the same family as pica, which is the act of eating things without known nutritional value.

However, the same source also looks at the school of thought that ice cravings may be connected to anemia, an iron deficiency that causes fatigue and other symptoms. “At least one study indicates that ice chewing might increase alertness in people with iron deficiency anemia,” adds the clinic.

Smosh.com said this one was a bit confusing for a woman’s friends, who noticed white powder on her nose and feared she had a drug addiction. Turns out she was only addicted to baby powder….phew! Wait, what?

The source notes this woman estimates she sniffed more than 1,100-pounds of talcum powder in a 16-year period. Other cases talk of eating it outright, rather than sniffing it. Meanwhile, another source called the Be Well blog says that inhaling talcum powder can cause lung infections known as talcosis (so if you feel the urge to sniff something, apparently cornstarch powder is safer).

Apparently compulsively tugging at your own hair is a problem for more than 11-million Americans, and it has a medical name: trichotillomania. HowStuffWorks.com refers to this as an “impulse-control disorder,” and it’s just too powerful for people with the condition to stop.

The hair pulling doesn’t stop at the scalp; apparently people with trichotillomania also pull at their eyelashes, eyebrows and other bits of the body that have hair. We aren’t talking about a few hairs here and there—the problem can result in bald patches. In some cases, chewing and eating the hair can accompany the pulling, adds the source.