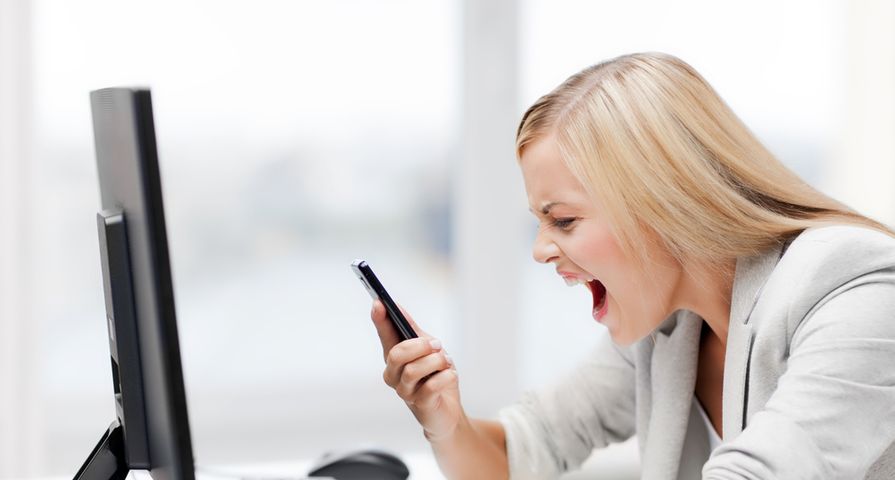 Many of us have resorted to hasty actions when peeved. However, I think we can all agree that sending your boss a “tell it like it is” email in the heat of the moment is not usually the best idea.  Come to think of it, there are plenty of actions that we should just avoid doing (or at least put off)—I’m looking at you Facebook—when we’re rip roaring angry.

Many of us associate food with emotions, which means that when we’re mad, we will seek comfort via binge eating or reaching for unhealthy meal options. A Harvard study credits this tendency to reach for high caloric, fat, sugar, and carbohydrate-rich foods to our fight or flight response, or danger response, which tends to kick into high gear when we feel angry or threatened.

Most of us have been there, done that, and are well aware that the temporary satisfaction you’ll get from venting from your angry soap box on Twitter or Facebook, more than often results in public embarrassment and rash statements said in anger that will come back to haunt you later on.

It’s easy to say things you’ll regret later (and can’t take back) in the heat of an argument. That’s why continuing to fight when angry with a spouse, friend, or coworker can be counter-productive. Scientists from the University of Oklahoma credit the “time out” as a healthy conflict-resolution strategy that allows both parties to calm the mind and body, and return to the conversation with more mindful, intentional purposes.

You may be already aware of the tumultuous relationship between alcohol and aggression. According to research from University of Georgia’s Phycology Clinic, found that that drinking alcohol places individuals with a tendency toward anger at higher risk of acting out aggressively if they drink when already angry.

Many of us have an agreement with our partners not to go to bed angry. Good thing, according to a study published in the Journal of Neuroscience, which suggests sleeping on an argument often exacerbates negative emotions because as we sleep our emotional memories become enhanced (and we tend to awake even angrier).

A study published in the European Heart Journal, clearly points to a higher risk of  heart attack or stroke during or following an angry outburst, particularly if you’ve suffered a previous heart attack or stroke. The study found that angry tripled the risk of stroke; while heart attack risk escalated by five times due to the heightened blood pressure response.

Driving when already angry takes “road rage” to a whole new level, according to a research study from University of California. A group of clinical physiologists found that driving while angry increased the risk of collisions due to the simple fact that angry drivers are riskier drivers. This means you may be too focused on your anger to acknowledge another driver, pedestrian, object, or animal in your peripheral vision.

Do I need to send you back to the “Don’t’ Vent on Social Media” slide, because the very same caution should be applied to sending angry texts or emails. Once you hit send—you can’t take those rash statements and ultimatums back. However, if it helps, you can scribble down all of your angry thoughts in a draft email, diary, or Word document…just don’t send it until you’ve had some time to think things through clearly.