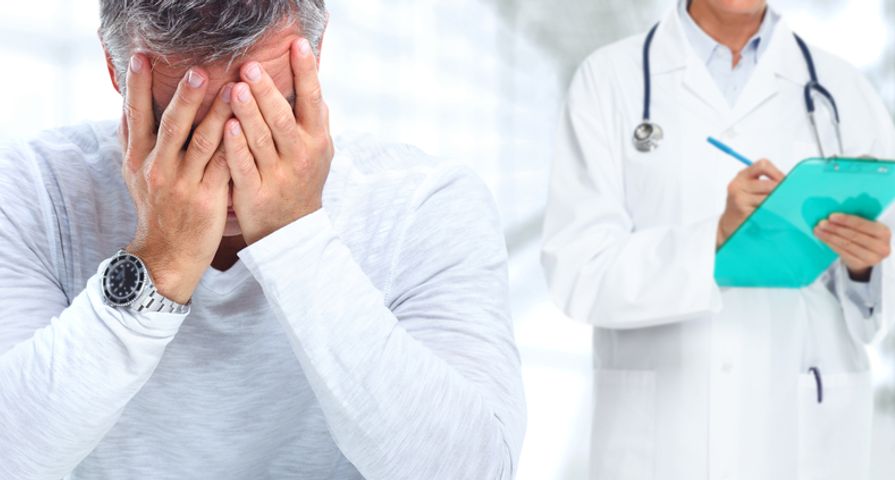 Chronic Fatigue Syndrome (also known as myalgic encephalomyelitis in medical circles) has debilitating effects on sufferers, of which there are an estimated 2-million Americans. The condition can render a person almost immobile from fatigue, along with a host of other unpleasant symptoms such as depression and aching.

Up until fairly recently, it was said there were no known causes of CFS (although there have been some theories). However, earlier in 2016 some new possible links were identified that could advance treatment. Let’s look at seven newer facts about this disorder…

1. A ‘Chemical Signature’ has Been Identified

An August 2016 article posted by ScienceDaily explains that researchers “using a variety of techniques to identify and assess targeted metabolites in blood plasma” have identified a unique chemical signature for the disorder.

A study cited by the source looked closely at metabolic processes for 84-subjects that had been diagnosed with CFS. The researchers looked at metabolites (energy sources created by metabolic processes) and found a decrease of these in the subjects. “They found that individuals with CFS showed abnormalities in 20 metabolic pathways,” explains the article.

2. Chronic Fatigue Syndrome May Be Similar to Hibernation

The same ScienceDaily article explains that the “unexpected underlying biology” is similar to “dauer,” the German word for “long-lived”. Apparently this occurs in some organisms due to harsh environmental factors, in order to avoid cell death and prolong life.

The source also notes the disorder may be related to other hypometabolic syndromes including hibernation, which slows down metabolism so animals require less food and oxygen during their stasis (in winter). Except in the human form, it’s harmful because we tend to need to function during all 4-seasons.

For years medical professionals have written off CFS as a disorder that’s all in the patient’s head, or said that they just needed rest. However, Healthline.com explains the “vicious cycle” of CFS and depression: although they are 2-different conditions, they can perpetuate each other.

“It’s possible to have both conditions at the same time. It’s also easy to mistake feelings of fatigue for depression and vice-versa,” notes the source, which acknowledges depression as a mental disorder and CFS as a physical ailment. However, depression can carry physical symptoms such as aches. “The two conditions often feed off each other in a cycle that’s difficult to break,” adds the article.

4. Cognitive Behavioral Therapy is a Treatment?

The author of an article in Elle explains her own struggle with CFS, and how she went through 29-different diagnoses over years before she met a doctor that could tackle the problem head-on. This doctor put her into Cognitive Behavior Therapy (CBT) treatment, which is often reserved for anxiety and depression recovery.

The treatment (along with neurological therapy) helped the author to recover a bit at a time by setting goals, and she went from hopeless to attending university— “and I haven’t had the pain nor the fatigue since.” The author started her journey at 15 battling post-viral fatigue syndrome (PVFS), which is “sometimes put in the same medical bracket as chronic fatigue syndrome,” she notes.

5. Women are More Likely to Suffer from CFS

A site dedicated to the research of CFS – aptly called SolveCFS.org—estimates as many as 2.4-million Americans suffer from the debilitating disorder. However, women are 2 to 4-times more likely to have it than men, explains the source (which doesn’t explain why women are bigger targets).

That being said, there are “millions” of people worldwide with CFS that follows similar ratios of women/men. CFS doesn’t seem to have a preference when it comes to age, race, or socioeconomic conditions, explains the site.

6. Researchers Have a Gut Feeling about CFS

Another report in ScienceDaily from June 2016 explains that researchers at Cornell University have identified “biological markers” that relate to gut bacteria and “inflammatory microbial agents in the blood.”

The researchers (through a study) claim to have correctly diagnosed CFS in 83-percent of patients through stool samples and blood work, “offering a noninvasive diagnosis and a step toward understanding the cause of the disease.” The report lends more credibility that CFS is not an imagined problem.

Although progress in being made in identifying underlying causes of CFS, the budget for research on this disorder is near the bottom of the pecking order (lower than hay fever research), according to the SolveCFS.org website.

In fact, to back up this point, apparently protestors took the streets in September 2016 to demand more research into this particular disorder—which is currently at $7-million, according to U.S. News. “ “More than 375,000 Americans are so ill (from CFS) that they are confined to their homes for at least a portion of their illness, if not for the reminder of their lives,” one protestor is quoted as saying in the article.