Are You A Narcissist? The Most Common Signs & Symptoms of Narcissistic Personality Disorder 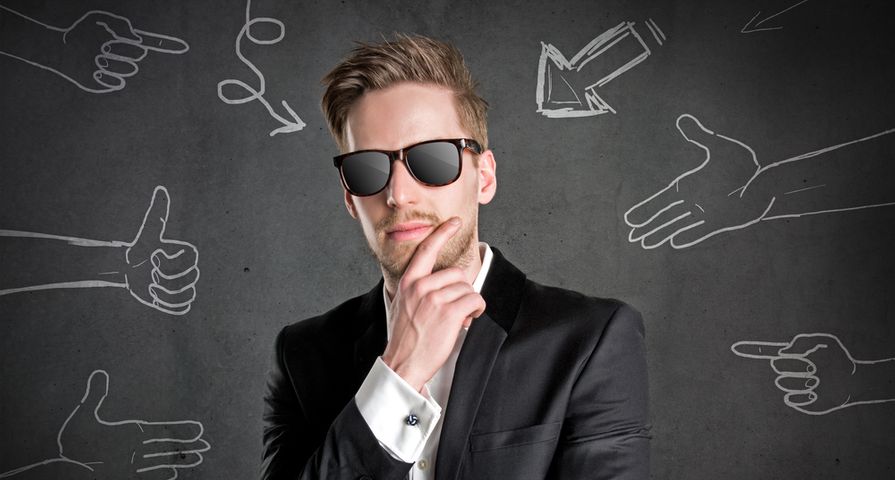 Possessing a sense of importance and uniqueness are important aspects of being a happy and fulfilled person, but those with narcissistic personality disorder (NPD) take these things to an extreme.

According to WebMD, the word “narcissism” comes from a Greek myth about Narcissus, a man who “sees his own reflection in a pool of water and falls in love with it.” While an exaggerated sense of one’s attractiveness is certainly one characteristic of NPD, there are many other symptoms that can indicate someone is suffering from this mental illness—including these 15.

1. Always Talk About Themselves

Those with NPD tend to think and speak only of themselves, often about their physical appearance, talents or achievements. However, these comments tend to be exaggerated and are not necessarily accurate reflections of their lives.

They also have little regard for those around them, rarely, if ever, asking others about their thoughts or feelings. This is because people who suffer from NPD lack empathy and are therefore unable to recognize or understand the needs and feelings of others. “You could start talking to a person about how you have cancer, and pretty soon you’re talking about their new car,” says Keith Campbell, a narcissism researcher and co-author of The Narcissism Epidemic: Living in the Age of Entitlement to the Huffington Post.

According to the Mayo Clinic, the minds of people with NPD tend to be filled with elaborate fantasies about “success, power, brilliance, beauty or the perfect mate.” As a result of these imaginings, they feel they should have the best of everything—including houses, cars and clothing or other status-affirming things, such as their level of medical care and where they attend school.

Unfortunately, these fantasies are a way for narcissists to “fend off inner emptiness, feel special and in control and avoid feelings of defectiveness and insignificance.” And because they are rarely rooted in reality, it can lead to immense frustration and anger when these visions are not achieved.

3. Believe They Are Superior

Psychology Today states that people with NPD often have “a grandiose sense of self-importance,” leading them to feel superior to most. They believe that only others who are just as special as they are can truly understand them, and those are the people they want to be surrounded by.

In order to maintain feelings of superiority, they will resort to belittling others by focusing on their flaws—whether they’re real or imagined. For narcissists, this is an effective way to hide their own shortcomings and preserve their self-image.

Despite how outwardly confident narcissists may portray themselves, they are often incredibly insecure and have very fragile self-esteem. In order to continually prop themselves up, people with NPD require near-constant praise and admiration. They also expect to be “recognized as superior even without achievements that warrant it,” says the Mayo Clinic.

This fragility when it comes to sense of self also makes narcissists highly reactive to criticism. Any comments that shine a spotlight on their deepest insecurities or flaws may be met with a burst of “narcissistic rage,” causing the person to lie or divert the conversation in an entirely different direction.

People with NPD tend to have a sense of entitlement, expecting others to offer them special favors and fulfill their requests without question. If such treatment isn’t awarded to them, they may become impatient or angry. According to Psychology Today, this is because narcissists view others as “existing primarily to serve their own needs.”

BPDCentral.com likens such behavior to that of a toddler “who never learned he is not the center of the world and becomes enraged when others don’t meet his immediate demands.”

6. Takes Advantage of Others

According to WebMD, people are naturally drawn to narcissists, finding them “attractive, charismatic, and exciting.” As a result of this, people with NPD may not have any issues getting people to do what they want.

But in cases where the narcissist’s needs are not being met, they have no problem taking advantage of others—with little to no regard for the feelings or interests of these people. As a result of this behavior, narcissists often have very tumultuous friendships and romantic relationships that are quite short-lived.

Experiencing envy of others is another common symptom of NPD. Because of their low self-esteem and need to be superior to others, narcissists see people who have things they don’t, such as tangible items, status or admiration, as threats.

Narcissists may also believe that others are envious of them. And while this is exactly the type of attention the narcissist wants, accusing people of such feelings may put an immediate end to the relationship.

8. You Enjoy Being the Center of Attention

Since narcissists need constant praise from others in order to feed their low self-esteem, and because they feel superior to others, they crave attention at all times and will often seek it out. “Narcissists dominate conversations,” says psychotherapist Joseph Burgo, PhD, the author of The Narcissist You Know. He tells Health.com, “They feel compelled to talk about themselves, and they exaggerate their accomplishments.”

It’s important to note that “there are two types of narcissism: ‘grandiose’ and ‘vulnerable,'” says Sander Van der Linden, PhD, a social psychologist at the University of Cambridge, to Shape magazine. Not surprisingly, it’s the grandiose narcissist that craves attention and often receives it by being “outspoken, arrogant, self-loving, and entitled.”

This one isn’t all that surprising considering all of the other traits on this list. Narcissists often lack empathy. They are unable to empathize with others or understand other people’s perspectives to comprehend their struggles. Healthline lists it as “having an inability or unwillingness to recognize the needs and feelings of other people.”

“Sometimes a person with NPD can seem totally reasonable until they say something that’s just outrageously insensitive,” says Cory Newman, PhD, a professor of psychology at the Perelman School of Medicine at the University of Pennsylvania, when talking to Prevention. “They’d be the person that complains about how annoying their father is to someone who’s father just died.”

Having goals or ambitions in life is a good thing, but narcissists take it to a whole other level. Because they feel superior to others and think they are “naturally special,” they often set boundless ambitions for themselves. Narcissists fantasize about being the best of the best.

“They fantasize about how much more powerful they will be, how much more beautiful, how much richer,” says marriage and family therapist Karyl McBride, PhD, when talking to Health.com. Their sense of entitlement and superiority is why they tend to only associate themselves with “high status” people and “obsess over status symbols (from the right shoes to the right stroller) and even belittle anyone who they don’t perceive to be part of the same exclusive club,” says Health.com.

This one might seem odd because of all the other characteristics on this list, such as being charming, entitled, and believing they are superior to others, but people who suffer from narcissism are usually incredibly insecure which is why they feel the need to put down others.

According to Sander van der Linden, PhD, a social psychologist at the University of Cambridge, there are two types of narcissism: grandiose and vulnerable. One is more outspoken while the other is more introverted. “The insecurity of vulnerable narcissists often seems to stem from the fact that they internally question whether or not they are truly special and unique and therefore are more likely to seek and rely on positive affirmation from others,” he says.

Upon first impression, narcissists come off as incredibly charming and confident, but as the relationship develops their behavior becomes demeaning and aggressive, says Van der Linden to Shape magazine. They often seek out positions of power and leadership and will turn on the charm to manipulate others into giving them what they want.

According to WebMD, it’s been proven that people are generally drawn to narcissists because of their confidence and charm. “Most people are drawn to narcissists and find them attractive, charismatic, and exciting. Confidence is charming. And successful leaders are often more assertive and demanding,” says WebMD. This is why they are seemingly quite popular, but in reality, it’s all just a smokescreen.

WebMD lists one of the common symptoms of narcissism as wanting to “strive to win, whatever it takes.” To back this claim up, Health.com talked to Joseph Burgo, PhD, a psychotherapist and author, who also says narcissists are obsessed with winning. To someone with NPD, there is no in between — there are only losers and winners. “They have to make themselves out to be superior to somebody else,” he says. Their incessant need to win contributes to their inability to celebrate other people’s success or put themselves in a vulnerable situation where they don’t feel superior to their opponent.

On the outside, narcissists might seem like they are extremely confident and that they don’t care what others think, but in reality, they are extremely sensitive and care very deeply about “maintaining their idealized image of themselves.” As a result, they don’t take too kindly to any sort of insult or disapproval, says Burgo to Health.com. They end up holding a nasty grudge, because they take criticism as “a personal attack” and “a huge assault.” McBride adds, “If they feel slighted, or abandoned, they don’t get over it.”

Most of us have experienced a time or two when we’ve become frustrated over things not going our way or had a hard time taking criticism from others. It’s natural. We’re only human. But when it comes to a narcissist, their inability to handle fault goes much deeper. They are unable to cope when things don’t go their way and will be hard pressed to ever admit fault when they are wrong which makes it impossible for them to take any kind of criticism, even if it’s constructive.

“Although some narcissists are more introverted, many narcissists react defensively and even aggressively to personal criticism or failures,” says Van der Linden when speaking to Shape. “When confronted with a weakness, even in a neutral way, they can react with sudden and surprising outbursts of yelling, crying, anger, or other aggressive behaviors.”