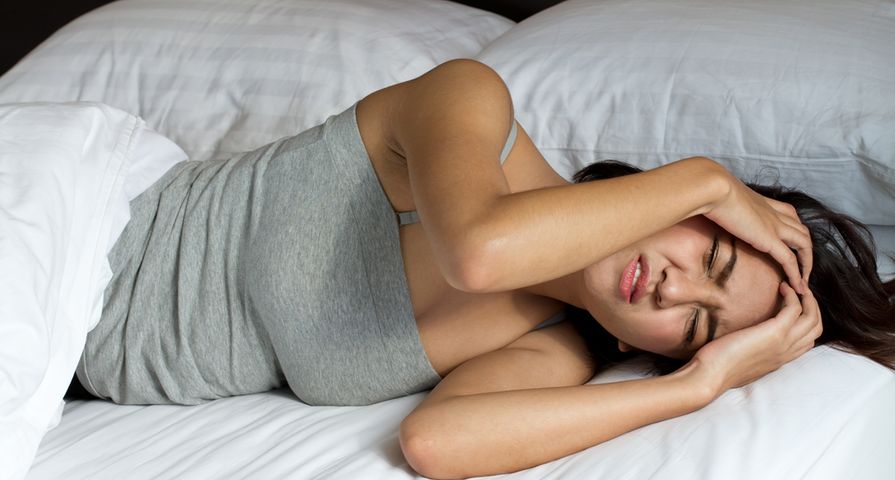 Most Common Symptoms of Pneumonia

You can’t mistake the nauseating misery and blinding pain of a migraine. However, according to researchers at John Hopkins Headache Center, you can be aware of the triggers. For instance, food, weather, and even stress can trigger a migraine.

A 2009 research study, conducted by Atlanta, Georgia’s Headache Center, pinpointed sudden bursts of physical activity as a migraine trigger. While regular aerobic exercise is linked to reducing migraine attacks—intense bursts of exercise do quite the opposite.

Researchers monitored the affects of exercise on 1,200 migraine patients. Results showed that 22-percent experienced a migraine with intense and sudden bouts of physical fitness.

If you’re carrying around excess weight, research from the American Academy of Neurology (AAN) claims you could be prone to migraines. In fact, data suggests roughly 81-percent of obese individuals suffer from episodic migraines.

Research from Baltimore’s Johns Hopkins University School of Medicine in Baltimore, indicates that the link between episodic migraine and obesity is more prevalent in obese individuals under the age of 50-years old.

Health magazine targets processed meats as a prime culprit of migraines. In fact, if you’re prone to migraines, foods like bacon, deli meats, salami, and hot dogs should be banished from your diet.

Nitrates in processed meats have been long believed a potent migraine trigger. The preservatives are thought to cause blood vessels dilation, which triggers the onset of a migraine.

While Harvard researchers claim rainy, gray days are a trigger for migraines due to fluctuations in barometric pressure—a 2009 Harvard study also found that too much sunlight, or glare, can spur an attack.

Sure, a migraine attack might have you drawing the blinds and seeking the solace of darkness, but this study pointed to too much bright light as an actual migraine trigger. In addition, computer screen glare, staring too long at a bright electronic screen, or bright overhead lighting are also thought to cause migraines.

Foods To Avoid If You're Prone To Migraines

If you’re prone to working through lunch, you may be increasing your risk of a migraine in the afternoon. Researchers from John Hopkins University suspect that forgetting to eat may affect the hypothalamus, the area of the brain that lights up during the onset of a migraine attack.

Researchers do link plummeting blood sugar with migraines. For example, a study conducted by the Headache Center of Atlanta, Georgia notes that patients cut their migraine attacks by 40-percent when they nibbled on a bedtime snack the night before.

If you like to imbibe—wine, beer, or liquor—it doesn’t matter. The

American Headache and Migraine Association (AHMA) says that roughly 40-percent of adults who suffer from migraines are susceptible to pounders triggered by drinking alcoholic beverages.

Although the link between booze and migraines is unclear, researchers blame the vasodilation influence of alcohol. Vasodilation, or the widening of blood vessels, causes a decrease in blood pressure and relaxes muscles.

While lack of sleep has been linked to increasing the risk of a migraine, sleeping in too late can likewise cause a painful migraine. In fact, research stemming from the Office on Women’s Health, at the U.S. Department of Health and Human Services, found that both “lack of or too much sleep” can trigger migraines.

Researchers suspect chancing your sleep routine impacts circadian rhythm, and inevitably leads to a migraine. Instead, migraine sufferers are advised to maintain a consistent sleep schedule all week long.