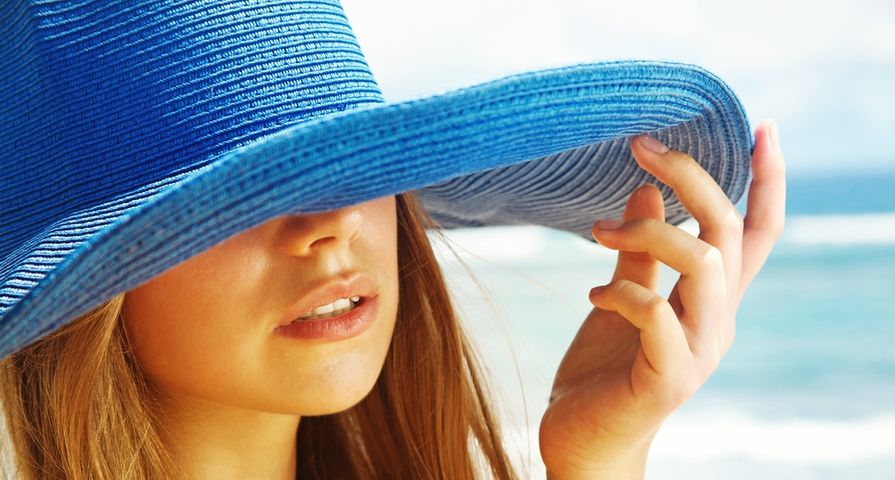 10 Influential Summer Fitness Trends
With Labor Day fast approaching, it’s tempting to soak up as much sun as possible before the summer is over. But too much sun can be dangerous. Even with sunscreen and other measures to protect against sunburn, you and your family could still be at risk. Sunstroke is a serious, sometimes life-threatening, condition brought on by overexposure to the sun. Even in the shade or indoors, you could be at risk for heat stroke when the temperature rises.

Sunstroke is heat stroke caused by excessive exposure to the sun. Heat stroke is a potentially deadly condition in which the body’s core temperature rises to 40-degrees Celsius (104-Farenheit) or more because it can no longer cool itself effectively.

The biggest risk factor for sunstroke is prolonged exposure to the sun, particularly during full-sun hours (10 a.m. to 4 p.m.) and in high temperatures. Even indoors, temperatures above 90-Celcius, especially when combined with high relative humidity (over 40-percent), can lead to heat stroke.

Anyone can get sunstroke, but some people are more susceptible than others. Children under 5 and seniors over 65 are at greater risk, as are adults who are obese or underweight. Some health conditions also increase risk. People with diabetes, hypertension, heart or kidney disease, or respiratory problems should be extra careful. Sunburn and any illness causing fever are also risk factors.

Medications can interfere with your body’s ability to regulate temperature, as well. This includes prescription medications like antidepressants, anticonvulsants, and beta blockers, as well as over-the-counter meds like diet pills and antihistamines. Check the side effects of any medication and take extra sun-care precautions.

One of the first signs of too much sun is a throbbing headache. It generally has the rhythm of a drumbeat. The pain will get more intense in bursts, with periods of less-intense pain between. If you feel pulsing at the temples or across the forehead, it could be a warning sign that you’ve had too much sun.

If you get a throbbing headache, get out of the sun immediately. If you can’t go indoors, at least go to a shady area. Try putting a cold cloth across your forehead or rubbing an ice cube from temple to temple. Drink as much water as you can. Dehydration is a major factor in sunstroke/heat stroke.

Feeling nauseated and/or throwing up may indicate sunstroke. According to the National Institutes for Health, UV radiation is toxic, with long-term effects that may reach the genetic level. While the skin is first to react to this toxin, resulting in sunburn, internal systems also feel the effects. One of the body’s first responses to toxins is to try to expel them by vomiting.

If you begin to feel nauseated, and especially if you vomit, get out of the sun immediately. Lie down if you can. Put cold cloths on your head, in your armpits, and around your groin to lower your body’s core temperature. Slowly sip water to rehydrate.

Prolonged sun exposure can cause dizziness for two reasons: 1) the physical heat and humidity, and 2) toxic UV rays. Dizziness can present in a few different ways. Most commonly, it is the feeling that either you are spinning or things are spinning around you. It may also be a light-headed feeling. In some cases, it may be accompanied by vision issues or ringing in the ears.

Dizziness may be a precursor to another, more serious, symptom of sunstroke: fainting or loss of consciousness. If you feel dizzy, sit or lie down, preferably out of the sun. Try to have someone stay with you or at least check in on you in case you do pass out. Drink water and lower your body temperature with cold cloths, ice packs, or even a cool bath.

Though it may seem counter-intuitive, one of the key signals that your body is overheating is a lack of sweat. Your body produces sweat as a means of cooling itself, so when your internal temperature regulator stops working (which is the basis of heat stroke), you stop sweating. If you feel hot but aren’t sweating, or if your skin feels hot, tight, dry, and perhaps even painful to the touch, you probably have sunstroke.

Soothe your skin by taking a cold bath or shower. Drink plenty of water to rehydrate from the inside out, as well. If your skin is also sunburned, try a soothing, cooling gel with aloe vera. Get out of the sun, or if that’s not possible, cover yourself in light clothing to protect your skin from further damage.

When your body overheats, its systems begin to shut down. This failure is often signalled by an erratic heartbeat, either strong or weak. Rapid, shallow breathing may also occur, either on its own or in conjunction with an increased heart rate. If you feel like your heart is racing and/or you can’t catch your breath, you should seek help immediately.

Getting out of the sun and bringing down your core temperature with cold cloths or ice packs in the armpits and groin, or a cold bath or shower, is a good first step. However, an increased heart rate and difficulty breathing are both potentially serious and should be addressed by a healthcare professional.

Too much sun can have a similar effect as too much alcohol. People with sunstroke may seem confused or disoriented, and may even stagger or slur their words. While you should pay attention to any sign of sunstroke and get out of the sun at the first indication, behaviour changes can be a sign that something is really wrong.

Like increased heart rate and rapid breathing, disorientation can have serious consequences. Get out of the sun, drink water, and try to reduce your core temperature with a cold bath or shower, or by placing ice packs around the core (back, armpits, and groin). If the confusion worsens or doesn’t pass, contact a healthcare professional.

The most severe sign of sunstroke is loss of consciousness. This could be a brief fainting spell or a more prolonged state of unconsciousness. Usually, someone with sunstroke will exhibit signs prior to losing consciousness. That’s why it’s important to get out of the sun and begin treatment at the first sign.

Loss of consciousness is serious and is usually a sign of severe sunstroke. Left untreated, it can lead to death. If you faint, seek help immediately. If you’re with someone who loses consciousness, call 911 for assistance, and ask the attendant what you can do to assist the person until help arrives.

10. Treatment and Prognosis for Sunstroke

The good news is that sunstroke is generally treatable and rarely causes permanent damage if caught early. Although extreme heat can be fatal, especially in the very old, the very young, or the physically compromised, there are usually warning signs long before the situation becomes dire.

At the first sign of sunstroke or heat stroke, get somewhere shady or dark and cool, and begin drinking water. Apply cold cloths to the neck, back, armpits, and/or groin to help lower core temperature. Better yet, prevent sunstroke by limiting sun exposure, using sunscreen and protective clothing (long sleeves/pants, sunglasses, hat), and staying hydrated. Avoid beverages with caffeine or alcohol, which can actually dehydrate you, and take it easy—a hot, humid day is no time for a strenuous workout!